Welcome back to the wonderful world of the Viral Week. Today, we bring you a woman fed up with bike sharing, a prison sentence for selling VPNs, cleaning eyes with razor blades, and accusations in the news community of plagiarism and worse. But first…

In an apartment complex, two men (let’s call them Mr. Yellow and Mr. Red) are arguing. Mr. Yellow, who has a visible height advantage, pushes Mr. Red multiple times before grounding him with a simple leg trip.

Mr. Red gets up, just in time to evade a right hook from Mr Yellow and the two proceed to exchange wild kicks. Soon Mr. Yellow attempts a push kick, which is caught by his adversary, who trips him. Mr. Red quickly follows up with a penalty kick to his grounded opponent’s chin. The fight ends with Mr. Yellow’s body stiff and spasming.

According to reports, this altercation followed a parking disagreement: Mr. Red reportedly tried to settle the dispute in a cordial manner but was forced to physically retaliate when Mr. Yellow tripped him. It is reported that Mr. Yellow is a student of Muay Thai, while Mr Red is a national champion in Sanshou, a martial art developed by the military as a kind of Chinese Krav Maga.

Given the trouble with recruitment that the PLA has been having recently, this video would make perfect marketing material.

A woman in Chengdu recently acted on an impulse we’ve all had.

After being inconvenienced by public bikes stowed at her bus stop, the unnamed hero carried the bikes onto the road to show drivers and cyclists how it feels for them to have to dodge piles of cheap bikes. Reports say that the woman was later taken into police custody for her troubles.

A Chinese man who provided VPN services from Dongguan, Guangdong province, has been sentenced to nine months in jail. Apparently the man was arrested sentenced in January for the 2016 offences, but the news was only released this month, and was clearly timed to show the authorities mean business with their plans to make jumping the firewall a punishable offence.

A slew of VPN services have already been discontinued, and China’s Supreme People’s Court say the man was found guilty of “illegal control of a computer system.” The response online has been largely negative and pessimistic: “The dark days are coming.”

It is normal to wake from a night of rest to find one’s eyes littered with sleep and other gunk. Often the quickest and most convenient remedy is to simply rub them until sore. However, one Chengdu man has been offering his own unique services to improve eye hygiene. 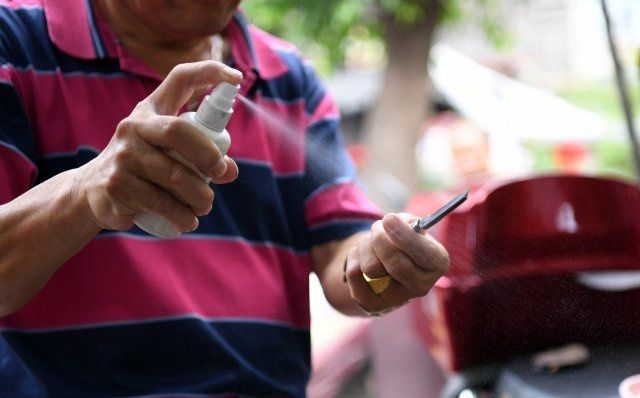 Master Xiong Gaowu utilizes an ancient cleansing technique that requires the use of a razor blade to clean the eyes of his clients. 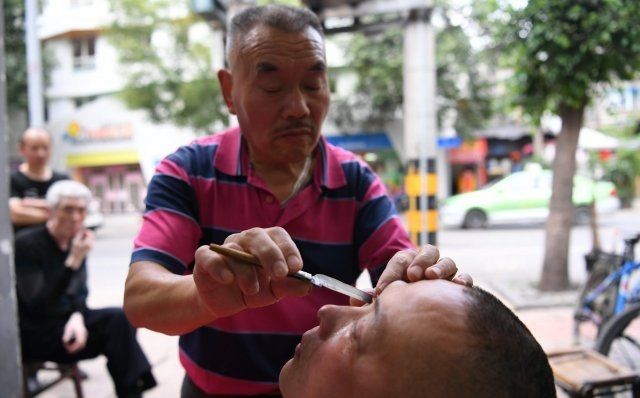 A technique he can do blind (西部网)

With four decades of practice under his belt, Xiong claims that he has never caused a single injury to any of his clients. He also says that his procedure can help improve vision, but only for those aged 30 and above.

Sharpening the blade to a fine edge (西部网)

Last week, a Chinese man claiming to be a former news assistant to Dutch journalist Oscar Garschagen posted an article on Weixin, accusing the latter of fabricating quotes and plagiarizing from his peers.

In a sarcastic blog, Zhang Chaoqun said that he had worked for Garschagen, the Shanghai correspondent for respected Dutch newspaper NRC Handelsblad, for two years, and was tired of seeing Garschagen continually publish what he called “fake news.”

In his post, Zhang lists a number of examples in which Garschagen apparently showed creative news-making skills, and claims to have evidence to prove his allegations. Zhang also insinuates that he has learned many of the skills for faking news, as he had “the luck of working with one of the greatest masters of the dark art for two years.”

In response, the editor-in-chief at NRC Handelsblad posted his own blog, resolutely refuting the claims, and highlighted professional disagreements that Zhang and Garschagen that led to what the newspaper insists are false accusations. Chinese readers have so far been divided over the issue, with some saying the charges prove that Western media is as riddled with falsehoods as Beijing often claims, while others cast doubts on Zhang’s accusations and credibility, as well as his relationship with both state media and security.

A furious Zhang has demanded an investigation into the matter, and said he is willing to cooperate fully and provide evidence if needed; he has already written a follow-up blog, detailing several more of his claims.