The meaning of the number 666 in internet slang

Religion in China can be a tricky minefield to navigate. Officially atheist, China has historically influenced schools of Daoism, Buddhism, and Islam. Today, numerous religious communities exist in uneasy tension with the authorities. Only one belief system has flown under China’s sophisticated and paranoid radar—devil worship.

To regular browsers, these worshippers seem to be hiding in plain sight, in the  available on increasing numbers of sites. Is the picture below an example of Satan’s great engine being powered by his Chinese supporters? 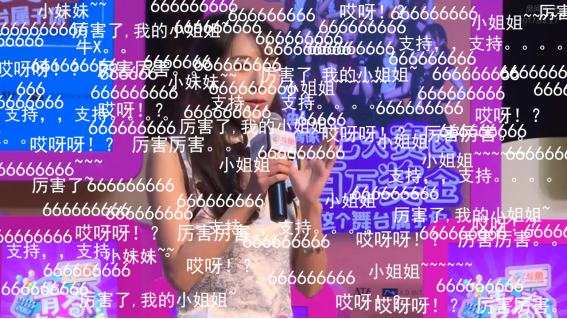 Overwhelming support at that (ifeng.com)

Though known as the Number of the Beast in Revelations, and a mark of Satanism in Christian-influenced cultures, the number 666 is an expression of praise on China’s infamous bullet curtains. When netizens type “666,” it’s to compliment someone that they’re “doing really well.”

Why? In Chinese, the number “6” (liù) is a homonym of 溜 (liù), meaning “slick” or, in this case, “awesome.” Due to their relative Biblical ignorance, netizens have no hang-ups about typing this number three times when some player’s online gaming skills really move them.

And though Christianity is the fastest growing religion in China, with the number of Protestants increasing on average 10 percent a year since 1979 according to data from the Pew Research Center, they’re still a minority at frequent loggerheads with the authorities—thus unlikely to influence mainstream culture. For now, netizens can invoke the Beast unmolested; after all, it’s not as though the Chinese aren’t already masters at overwriting foreign cultural elements with their own.