Mainland visitors’ penchant for flooding Hong Kong luxury shops, public transport, hospitals, and even cinemas are a favorite gripe of residents in the Special Administrative Region—but the tides could be turning, as Shenzhen becomes a favorite destination of Hong Kong youths on day trips known as bui soeng, or bei shang (北上).

The term 北上 (literally “up north”) used to just refer to Hong Kongers going north to the mainland for any purpose. However, as the mainland’s GDP skyrockets, Shenzhen is able to offer a number of trendy national brands and entertainment options not available in Hong Kong—especially “internet celebrity” restaurants that mainland millennials regularly enjoy and brag about. At the same time, Shenzhen still offers abundant cheap shopping, massage, and food options.

Shenzhen welcomed over 12 million visitors from the SAR last year, an increase of 3 percent from the year before. Jenny Liu, a Hong Kong university student who makes the pilgrimage once a month, usually on weekends and holidays, describes a typical northern expedition this way:

“The first stop is Hey Tea [formerly known as HeekCaa], Lo Wu branch. There is always a long queue. While queuing, you won’t be surprised to hear Cantonese all around you, instead of Mandarin. You can also easily distinguish mainlanders from Hong Kongers by how they settle the bill: the former scan their mobile phone while the latter is still count out cash one by one.
“The most popular drink at Hey Tea is the Tender Cheese Tea, (芝士茗茶 zhīshì míngchá), basically iced tea covered with thick cheese foam—and people are willing to wait an hour just for a sip of this hybrid flavor.” 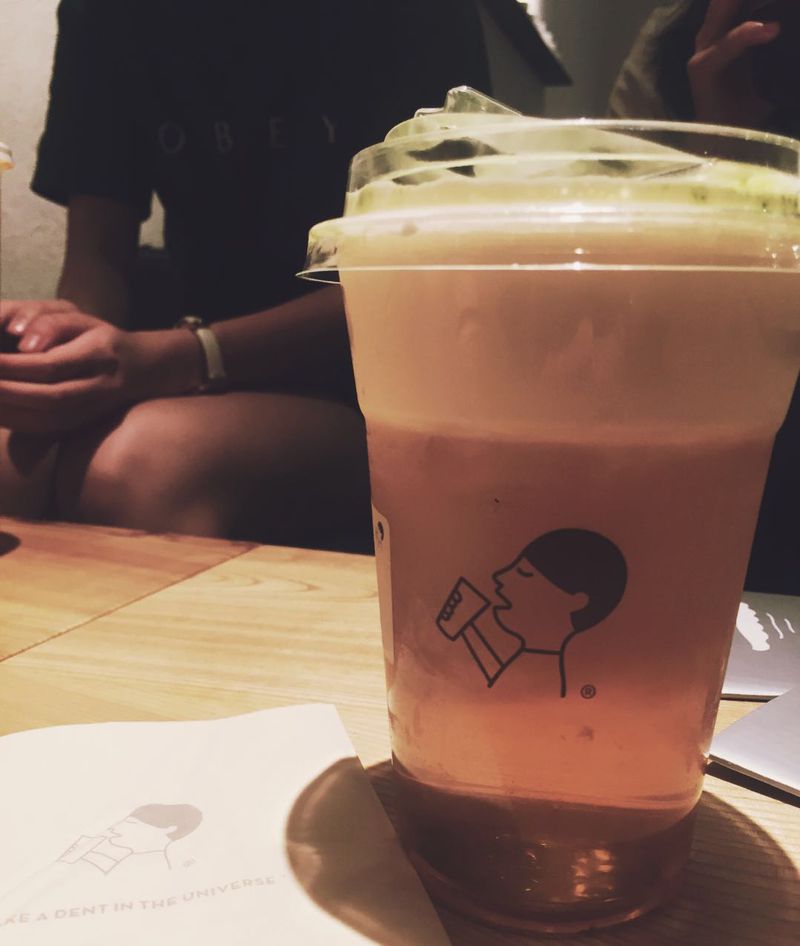 After that, Liu says, she would go shopping, get a massage, and look for street food. Only two stations away from Lo Wu Station, beside the border crossing, there are a few streets full of shops and restaurants serving popular snacks like rice-stuffed barbecue chicken wings or barbecued meat—the latter is sold at 20 RMB for 10 skewers . Massages also cost 50 percent of the price in Hong Kong.

Liu would wrap up the day with dinner at the “internet famous” restaurant of the month: Haidilao Hot Pot,  barbecued globefish (探鱼 tànyú), or chicken stewed in coconut (椰子鸡 yē zǐjī )—the fad, not to mention the waiting times, will be different every month. 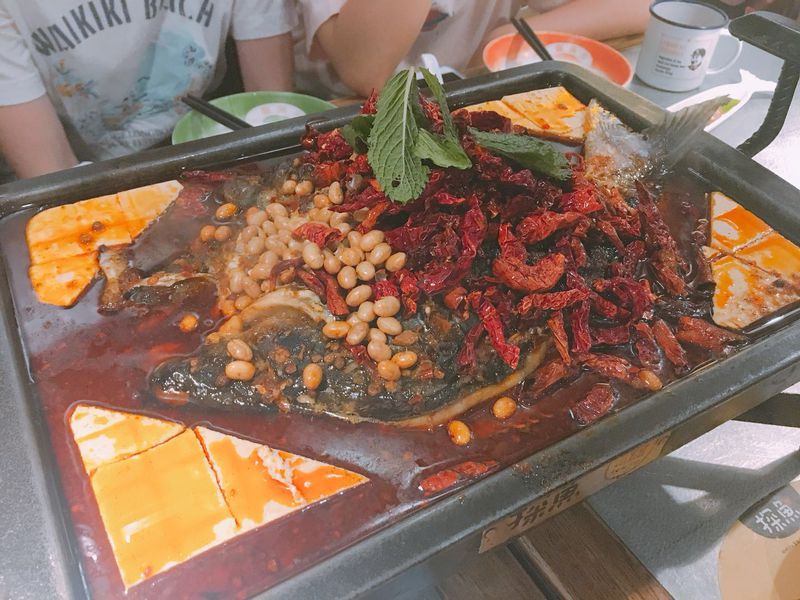 Globefish on a grill

1. It’s cheaper on the mainland

2. There is better service on the mainland

Hygiene used to be a major concern for Hong Kong visitors to the mainland: News reports in the SAR frequently mentioned “hair soy sauce” (soy sauce made of animal hair) and “thousand years oil”(reused oil in restaurants). A number of the new trendy restaurants have set up open kitchens to allow customers to monitor the food preparation.

Moreover, while it’s not going to win any awards, the customer service on the mainland has improved—especially compared to the harried and curt service that Hong Kong is notorious for. A great favorite for bui soeng day-trippers, Haidilao Hot Pot, has waiting zones stocked with snacks and manicure services, and enthusiastic waiters who provide aprons, hair-ties, and plastic case to protect customers’ phones. They even place a doll at a customer’s table for company if the customer is eating alone.

Now imagine asking for any of those things in Hong Kong.

3. There is more space on the mainland

In Hong Kong, it’s rare to find seating in the restaurant when eating out; even those who get a table may be asked to share it with strangers. While the mainland is not empty by any means, “internet famous” shops have invested considerably into airy, well-designed, and well-lit seating areas for selfies and socializing, even if just serving milk tea, frozen yogurts, or bread. Then the selfies get shared to other Hong Kong youths, and the cycle continues.

At least, with all that space, the mainland natives and Hong Kong visitors won’t have to fight over the resources…or so we hope.