The World of Chinese analyzes the most ground-breaking, impressive, or just plain weird technological advancement related to the Middle Kingdom, plus the latest bite-sized chunks of tech news. This Thursday: The rise of China’s fastest-growing app

Pinduoduo (PDD), an app you may not have heard of before this week, just made its founder Zheng “Colin” Huang the 12th richest person in China, having raised USD 1.6 billion after floating on the NASDAQ on July 26.

While the e-commerce app is largely unknown outside China, even on the mainland, the majority of its users are not those who invite mainstream media coverage: 60 percent are from third-tier cities or lower, 70 percent are female, and 57 percent are 25–35 years old, according to an overview by GVV Capital.

Huang grew up in Hangzhou (now home to Alibaba), studied at Zhejiang University and the University of Wisconsin, then worked at Google in both the US then China as an engineer, before starting his first company in 2007. PDD was founded in 2015, and Huang’s 46.8 percent stake of the 30 billion USD company have given him a post-IPO personal fortune of 13.8 billion USD.

The three-year-old app’s rapid rise combines the social networking functions of WeChat, with a Taobao and Groupon-like business model, to provide an “online bazaar for independent merchants” in which “people spot deals on products such as fruit, clothing and tissues, and then recruit friends to buy at a discount”—sometimes at even zero cost—and has “benefited from a large base of users in China’s poorer cities and rural areas,” according to Bloomberg. The company’s value will now depend on the ability of these less affluent, older, and often frugal users to mature as a wealthy consumer base (at present, the average transaction on the app is worth about 6 USD).

Unlike Groupon, with its focus on restaurant and offline discounts, PDD offers a range of goods (bestselling items include instant noodles, tissue paper, and detergent), and makes things fun by “gamifying” the experience of shopping,  encouraging interaction and bargain-hunting with friends rather than strangers (most of its traffic comes from WeChat).

Like every other app in China, PDD must deal with issues such as fraud and censorship, particularly over violent or pornographic content. Its relationship with WeChat’s parent company Tencent, meanwhile, has also been historically fraught. Quoting an “insider,” Beijing News reports that WeChat may have blocked PDD over 1,000 times in 2017 alone, an action that Huang says has not aided the app’s growth.

But perhaps the biggest blot on PDD’s landscape is one that its largest rival, Taobao, has long struggled with—the widespread sales of fake or shoddy goods, and the damage this causes to both China’s manufacturing reputation and the desirability of its exports. This week, Shenzhen’s Skyworth Group issued a public notice that listings of their TVs on PDD were counterfeit, infringed on their IP rights, and blamed PDD for allowing knockoffs to be sold on their site. It’s an issue many in China feel strongly about: Would you want to trim your beard with this “Phelips” razor? 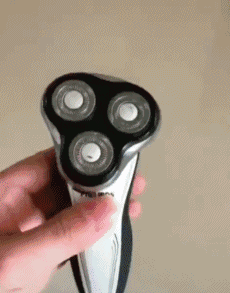 A “Phelips” electric razor with a defective spinning top, allegedly purchased on PDD

A number of commentators have now attacked the company for setting back China’s image abroad, and PDD has hit back, pointing out they have removed millions of listings already, set up an insurance fund, and are working with brands to improve the app’s selling environment. Meanwhile, Zhuang points out, the the issue of counterfeit or shoddy goods is a national one: “Counterfeiting isn’t just one company’s problem; from the supply chain to the sales side, we all need to beat out fake products, then counterfeit products will be fewer and fewer.”

Perhaps the issue was inevitable, but PDD’s cut-price reputation, and popularity with older consumers who are less discerning about quality and authenticity, and more concerned with bargain hunting, may mean that the issue is, ultimately, inextricable from PDD’s success. After all, you get what you pay for.

In other tech news…