Google may have stepped back from their normal April Fool’s prank due to the developing Covid-19 crisis, but some Chinese companies (including TWOC) were still up for a little fun. Every year, Chinese technology firms take 愚人节 (“Idiot’s Festival”) as an excuse to trick their customers with fake news and products—some of which sound as though they could be plausible in the near future.

Here are a few of the best pranks from yesterday:

iFly Input, a keyboard input-method software, claimed to have added a new way to input Chinese characters: by shaking your head. Users can write characters in the air by moving their head, and iFly inputs the desired character using facial recognition software. A great way to get some neck exercise, the Head-Shake Input works even when the user has a mask on, and iFly has released a frankly ridiculous video that shows how much fun it is to use.

Smartisan, a multinational technology company headquartered in Beijing and Chengdu, announced that their updated Smartisan OS v7.7.7 is available for public testing. The “update” brings several new features, including the Assisted Chat Mode, which “translates” exactly what the other person—be it your partner, client, or abbreviation-loving friend—is really trying to convey. The assistance goes further by also providing suggested replies. 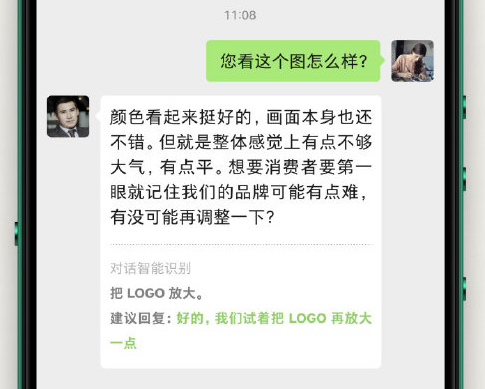 Original: “The colors are great, but it doesn’t seem very bold…” Translation: “Expand the logo” (SmartisanOS)

Smartisan is also keeping up with the Covid-19 situation. Another of their new features is the Mask-Friendly Camera Filter, which discerns the expression a person is making underneath a face mask, and can even tell if they are wearing the mask correctly. Furthermore, customers can pre-order a new limited-time accessory: a Type-C temperature measuring device that can be plugged to your phone, turning it into a thermometer.

A suite of other fake features can be found on Smartisan’s Weibo account: including options to black out all mentions of your deleted contact from the internet, play music that other people are playing around you, and make objects on your screen explode by staring at it (but don’t blink!).

Realme, a Shenzhen-based smartphone manufacturer, provided sneak peeks into three out-of-this-world new features. The first, Thought Charging, allows users to increase the battery level of their phone just by thinking the word “charging” (充电) three times (the phone’s battery level is charged according to the value you have in mind). With Item Summoning, Realme claimed a user can use their smartphone to choose one of their belongings, which will then immediately appear beside them, be it their lost keys or their car. Finally, Photo Teleportation transports the user to a location in any photograph. While these features may only exist in superhero movies at the moment, Item Summoning sounds like a pretty good idea. 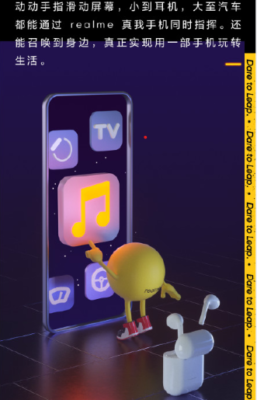