On a cold January day in 1989, an aspiring young conductor embarked on the Trans-Siberian express, leaving Beijing for Moscow. Armed with just a few phrases of basic German, a deep passion for classical music instilled by his musician parents, and an insatiable academic curiosity which had led him to read every Western classic in the Central Music Conservatory library, Lü Jia’s destination was West Berlin, a seven-day transcontinental trek across the Iron Curtain.

With the Cold War now long over, and many of Lü’s more modest hopes fulfilled, he has since embarked on a grander mission—the creation of a new orchestral group, drawing on the talents of the best ethnic Chinese musicians from across the world, aptly named the “Global Chinese Orchestra.”

The journey has not been easy.

“In Germany, I learned German. Just like in Italy, I learned Italian,” Lü told TWOC about his career abroad. In 1991, Lü was offered his first job as chief conductor at the Trieste Opera House, making him the first resident Asian conductor in an Italian opera house. He quickly became one of the most sought-after conductors in the world, conducting over 2,000 concerts and operas to date.

In many places where Lü performed, he broke racial and ethnic barriers. He was the first Chinese conductor of the Chicago Symphony Orchestra. However, he prefers to emphasize the difficulties that all musicians face, rather than the hardships of being Chinese in an overwhelmingly European art form. “To make a career in classical music, it is not easy. You need great talent, practice, luck, and timing. All the stars must be aligned (天时地利人和).”

After nearly two decades hobnobbing with European and American elites, Lü was presented with a unique opportunity to return to China, which he viewed almost as a duty. Like many filial Chinese, he believed that he should return to care for his elderly parents. Just as strong was his sense that the Chinese classical world needed his experience and talent.

Indeed, over the last 40 years since China’s reform and opening-up, its economy has grown substantially, providing new opportunities for Western music. The government is now seeking to provide cultural and intellectual fulfillment beyond “red ballets” and TV war dramas. Opera houses and concert halls have proliferated in second, third, and even fourth-tier cities. Although it is estimated that there are around 60 world-class music halls throughout China, many lack the administration, musical leadership, or human capital to take off.

The China Poly Group’s Wuxi Grand Theatre in Jiangsu province is one example: Designed by Finnish architect Pekka Salminen to mirror the aesthetic of a pair of colorful butterfly wings, it has become an iconic addition to the city of 6.5 million residents, but lacks a resident orchestra, relying instead on touring troupes.

As China’s growing middle class encourages their children to take up European instruments, with an estimated 40 to 60 million Chinese children alone learning to play the piano, these new music halls will surely not have to remain without orchestras for long. 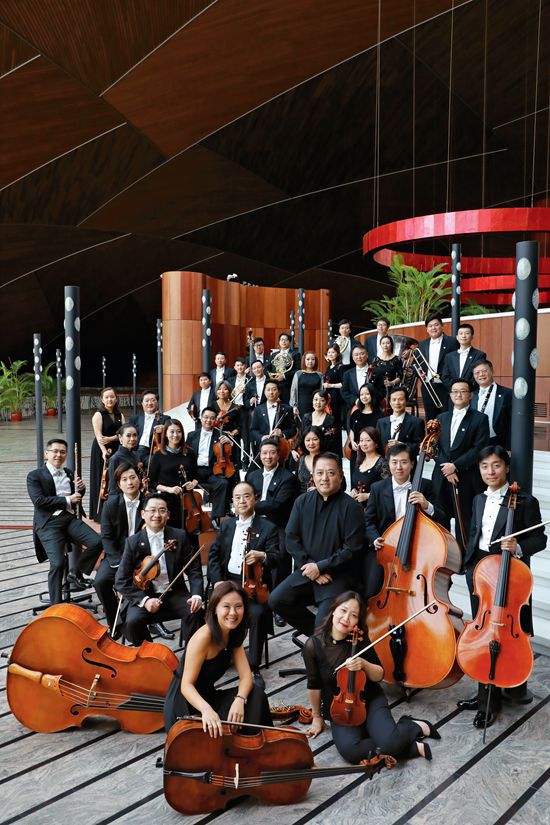 But only a decade or so ago, the vast majority of established musicians in China faced immense challenges on the international stage. Western music was essentially forbidden during the Cultural Revolution; as chronicled in Jindong Cai and Sheila Melvin’s Beethoven in China, Premier Zhou Enlai had to specially summon a very out-of-practice Central Philharmonic to play Beethoven to welcome US Secretary of State Henry Kissinger in 1971.

The Cultural Revolution had unintended consequences for many innocent parties, and classical musicians were no exception. In his memoir Journey of a Thousand Miles, famed pianist Lang Lang chronicled how a combination of his parents’ stifled musical dreams and the one-child policy created a hothouse environment in which his “tiger father” pushed him almost to breaking point.

During the 1980s, musical instruments were beyond the economic reach of most Chinese. Studying classical European music was either a luxury or entailed financial sacrifice by the entire family. Due to the limited number of domestic opportunities, the best musicians usually had to go abroad—a further expense.

Still, when Lü returned to China as chief conductor at the National Centre for Performing Arts (affectionately known as “The Egg”) and music director of the Macau Symphony Orchestra, he was intoxicated by the possibilities: “In Europe, you have an opportunity to participate in the history of classical music; in China, you have the opportunity to make history.”

In 2014, he embarked on his lofty mission to start the Global Chinese Orchestra (GCO).

During this October’s National Week holiday, the nearly 100 symphonic orchestra members of the GCO will convene for the fifth time at The Egg. “I believe that with more practice, this could grow to become one of the best orchestras in the world,” says Lü. Many GCO’s musicians are resident members of world-renowned collectives such as the Chicago Symphony Orchestra and the Berlin Philharmonic, but “even the best musicians need rehearsal,” Lü admits. “A lot of people do not realize that an orchestra is all about teamwork. You need to understand one another.”

Some of the musicians born abroad communicate better in English, which is often used in rehearsal alongside Chinese. The performances include both Western classics and works by modern Chinese composers, which often draw inspiration from traditional Chinese music.

This interplay between East and West is a topic that Lü returns to frequently. He shared his belief that music allows people to communicate without linguistic, cultural, racial, or religious barriers. Although classical music originated in Europe, “Music is something that is heart-to-heart; mind-to-mind. It gives Chinese people insights into the West—and Chinese classical music provides opportunities for the world to understand China more deeply.”

His philosophy is embodied by musicians like Lu Lu, a violinist with London’s Philharmonia Orchestra who joined the GCO in 2015. Lu left China when she was 18 to study at the Royal Academy of Music, later transitioning to the Manhattan School of Music for a master’s degree and remaining abroad for the rest of her career. But the GCO holds a special place in her heart. Lu told TWOC: “Not only do I get to make music with some of the dear friends I grew up with at the Central Conservatory of Music, but also with some of my childhood idols!”

Many GCO members have overcome the same obstacles and experienced similar career paths, making the orchestra a unique platform to “bring our hearts and souls closer, which can be heard in our music-making,” says Lu.

Lin Wei, who has been a member of GCO since 2016, agrees. “Classical music is a universal language, but as Chinese musicians living abroad, we often miss home and our own culture,” says the violinist who left China at age 21 to study in London, then obtained a full-time position at 24 with the Iceland Symphony. As the mainland market matures, “I hope that we…can give what we have learned abroad back to the Chinese people,” says Lin.

Drinking a cappuccino in a Beijing café, Lü reminisced on his experiences abroad—from hiking in the Alps to eating seafood in Sicily—as though it were a different life. “Even if you have lived abroad a long time, the land calls you back,” he wistfully tells TWOC. “I want to share with the world the beauty of the Chinese culture through music.”

Homecoming Harmonies is a story from our issue, “The Masculinity Issue.” To read the entire issue, become a subscriber and receive the full magazine. Alternatively, you can purchase the digital version from the App Store.