Surveys suggest that, after decades of official puritanism and a culture of sexual shaming, young Chinese are leading the way in promoting greater sex positivity—but marriage still presents a sticking point.

A new University of Renmin survey suggests that half of those born in the 1990s “have no sex life.” Here’s what a recent survey by TWOC has to say about sex positivity among the young

Decades of state-sponsored puritanism has left many Chinese people deeply divided on the issue of “sex positivity”—essentially, the zany idea of embracing one’s non-reproductive recreational bedtime wishes, rather than repressing them.

On the one hand, the re-introduction of foreign culture in the latter quarter of the 20th century has encouraged a more relaxing and tolerable environment, with a growing number of younger people supporting sexual liberation, a return to attitudes that used to prosper under previous dynasties. The prevalence of sex shops, which use Western imagery to sell their wares, is one indicator of growing permissiveness among urban Chinese (via Wikimedia Commons)

On the other, a culture of sexual shame has long influenced how older Chinese try to control moral standards and natural primal desires among the younger generation. Negative speech on sexual attitudes still widely exist on social media, leaving many in the post-80s to post-90s generations conflicted and misguided about sex. Author Zhizi, of the Wechat public account “Infighting for the fame” (因为想红起内讧) discussed the issue in her article Chinese Girls Who Are Ruined by Sexual Shame, in which she describes how some female readers have written and told her “I feel sex is dirty.”

Of course, in previous eras of heightened prosperity and civilization, such as the Tang, Song and Ming dynasties, sex was often celebrated, widely indulged and discussed, at least among the aristocracy and merchant classes, and infused much of the cultural output of the time; perhaps the most famous examples being the Taoist texts on best sexual technique and the pseudonymous Ming novel The Golden Lotus (Jing Pin Mei),  whose plot and style much resembles Dream of the Red Chamber but with extended bouts of detailed sexual decadence. 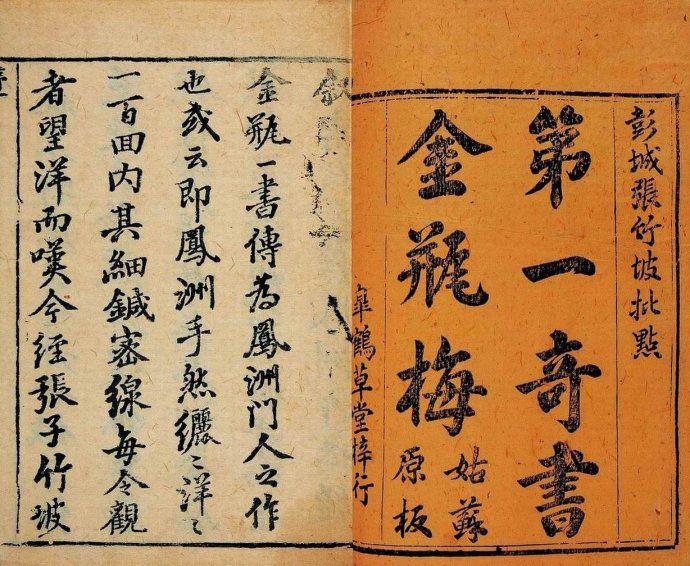 An ancient copy of the novel Jing Ping Mei, now considered by many the unofficial “Fifth Classic” novel of China (HOHOLINKS)

Since the Song, though, along with the unification of certain domestic ideologies, Confucianism came to dominate many of traditional schools of thought. The patriarchal and rather joyless view of society that Confucian scholarship advocated was even embraced by the Communists, who viewed the sage himself as a malign influence of feudal and backward thinking. Nevertheless, the PRC’s first Criminal Law, introduced in 1978, was used to persecute thousands of youth for sexual “promiscuity,” under the broad definition of hooliganism. During the mid-1980s, many were imprisoned and even executed for activities that would not even be considered a crime today, such as holding hands, ballroom or disco dancing, having multiple “partners” and other typically youthful activities.

Nowadays, with a more globalized and outgoing culture, people view sex with a more open mind, even if the authorities don’t, or when many don’t have time to have any. According to research conducted in 2007 by the Chinese Academy of Social Sciences, targeting the first generation born under the One Child Policy, the average age for dating among post-75s and 80s was 20.4,5 and first-time sex usually occurred at 22.8 years old. Later research, done in Guangdong, showed that 48 of undergraduates supported the idea of premarital sex, and nearly 40 percent didn’t mind whether their spouses were virgins or not.

Graph showing responses to the question “When did you begin your first serious relationship?”

According to my own research, the average age for young people to start their first relationship continues to drop.

Among respondents to my 2018 survey of 57 internet respondents, aged 14 to over 40, 22 percent met their first love at middle school, 24 percent in high school, and 24 percent in college. Only 5 percent began their first relationship after graduating. With the trend of “younger love,” it seems like high-school sweethearts and campus lovers are more widely accepted nowadays, even while, overall, few placed much faith in maintaining such relationships: 88 percent of informants thought campus love was acceptable and even precious, but more than half believed such first-time relationships would not withstand the pressures of adulthood.

Graph showing responses to the question “What’s your opinion of the campus love (including both in- and before-college love)?”

It’s not just college students—research by the Chinese Academy of Social Sciences shows that the majority of the generation born between 1976 and 1986 lost their virginity between 20 to 26 years old, and 19.4 percent before they were 20. Compared to the average age of marriage in China, which is 26 (according to the Sixth Nationwide Population Census of 2010, Part 2), premarital sex is growing in popularity.

According to my own research, 37 percent claimed that they supported premarital intercourse since sexual harmony has a great impact on relationships; a further 46 percent said they were not against premarital sex and it was up to couples themselves to choose when. However, more specific questions produced a wider range of responses.

In response to the question “Do you require your (future) spouse to be virgin?”, only 2 percent chose “He/she must be virgin, whether I am or not.” However, another 11 percent chose to “ask my other half to be a virgin,” and 29 percent claimed it was a preference, though not a requirement. Only about 43 percent said they didn’t care about their other half’s virginal status. Society may be more open-minded about one’s personal life, but, unfortunately, when it comes to marriage, the majority still have concerns about their other intended half’s sexual history.

Graph showing responses to the question “Do you consider virginity as a requirement when seeking a relationship?”

Graph showing responses to the question “What’s your opinion on premarital sexual behavior?”

In the information era, new thoughts impact with old one, and fresh ideas about sexual wellbeing and relationships—from asexuality to abstinence, polyamory to non-parenthood—are constantly permeating society, with exotic cultures challenge the native one. It can only be hoped that sexual positivity will become normalized in China, and sexual shame will become a thing of the past.

Krista Du is a contributing writer at The World of Chinese.