China’s international literary scene has felt somewhat diminished lately, with Qianmen’s Capital M restaurant packing up along with its acclaimed annual literary festival, and the Beijing Bookworm following suit in 2017 (though the latter returned, on a slightly smaller scale, earlier this year).

Determined to reverse this decline is a collective of young writers who publish Spittoon, a literary magazine, organizing events to help keep the capital’s literary lights aglow. TWOC spoke to poets Matthew Byrne and Simon Shieh, and music editor Michael Marshall, about these collaborative efforts.

Matt: Spittoon has grown into an arts platform based in China with events in Beijing, Chengdu, and soon Shanghai. Spittoon made its first international move recently by beginning an events base in Gothenburg, Sweden. Spittoon publishes the Spittoon Literary Magazine and the CUE (China Urban Expression) comic book. We hope to bring creative people together in communities, and reflect an underground perspective to create a dialogue between our Chinese organization and Spittoon satellites that spring up.

Can you explain how you met and ended up publishing a magazine?

Matt: When I was a student in Manchester, I founded a collective called Unsung to publish young writers in the city who weren’t necessarily let into the “academy.” We had a raucous poetry night every month that we used to launch a small pamphlet that we called the Unsung Magazine. The special ingredient of Spittoon was that it brought an international crowd together and united them through poetry and fiction. The magazine arose organically to accommodate them.

Simon: After three wonderful issues, we reflected on what we were doing and why. From Issue 4 on, we have sharpened the magazine’s focus to translating new and exciting Chinese-language writers into English. An illustration from CUE

Michael: CUE is a serialized comic anthology. Its purpose is really to serve as a creative incubator for artists in China. Many of our artists are exploring comic books as an artistic and storytelling medium for the first time. For our first issue, we are proud to say that we had a 50/50 gender balance between men and women, as well as Western and Chinese artists. The diversity of backgrounds makes CUE stand out and makes the project meaningful to a wider range of people.

Matt: CUE is the first instance of Spittoon acting as a platform to facilitate and produce an idea that was presented externally by CUE’s managing editor, Michael Marshall. Now CUE is very much a publication within the Spittoon family and a very encouraging success story for Spittoon’s ability to act as a facilitation platform for great ideas in the future.

Sounds like a lot of work. Is this purely a passion project?

Simon: Absolutely. After two-and-a-half years, the passion is still there in all of us, perhaps now more than ever. Money, on the other, is not as abundant. We are actively looking for funding to keep moving the project forward.

Matt: For most of us, the only payment usually required is the satisfaction of a job well done. 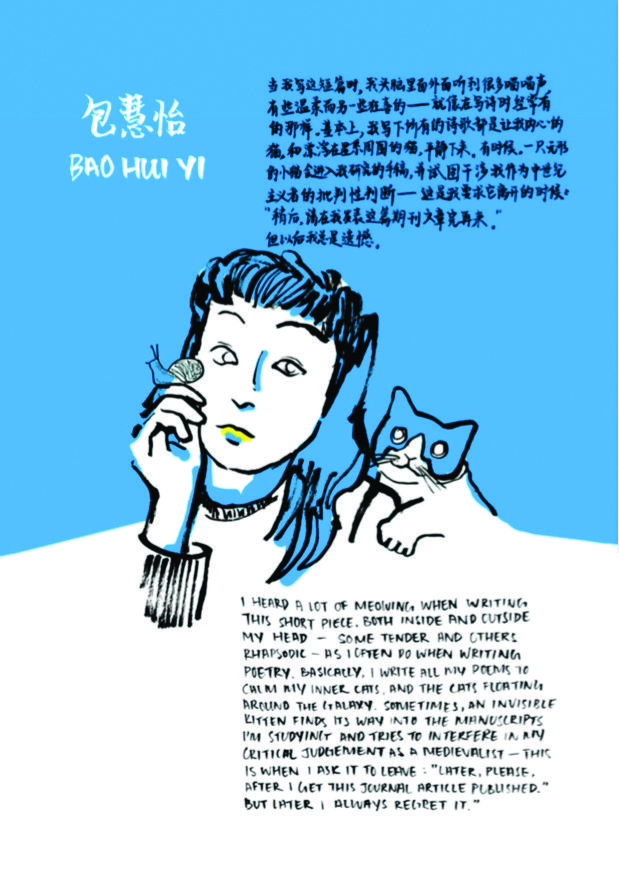 What made you believe that Beijing needed an English-language literary journal?

Simon: When I came to Beijing, I wanted to read a journal like Spittoon, but it did not really exist, except for Pathlight, which focuses more on established, institutionally accepted writers. There is a definite lack of publications dedicated to translating Chinese-language writing into English, [so] Spittoon is really a unique and valuable addition.

Does the magazine have a social agenda as well?

Simon: Compared to the US, poetry is more respected and more seamlessly interwoven with mainstream media and discourse. Chinese readers and writers are also increasingly interested in the genre of creative nonfiction—an interest which, I imagine, emerges from the genre’s intersection with social media that broadcasts everything and anything, from the mundane to the extraordinary…creative non-fiction might be [social media’s] natural counterpart, in its ability to tell the stories behind the images.

What are some of your favorite (or most popular) pieces published in Spittoon?

Simon: I love Henry Zhang’s translations of Yu Yoyo’s (余幼幼) poems in the fourth issue, and Irene Chen, Chen Bo, and Brad Philen’s translations of Suo Er’s (索耳) short story, “All the Whales Below the Surface”(《所有鲸鱼都在海面以下》). Both pieces really show what translation can do when you have an excellent editor (Stephen Nashef) working with a team of skilled Chinese literary translators (Irene and Chen Bo) and an English-language writer (Brad). Literary translation is a tricky thing; it’s like carrying a handful of sand through a raging river. Our team does an excellent job of carrying Chinese writer’s voices through the current of the English language so that they come out transformed, but intact. 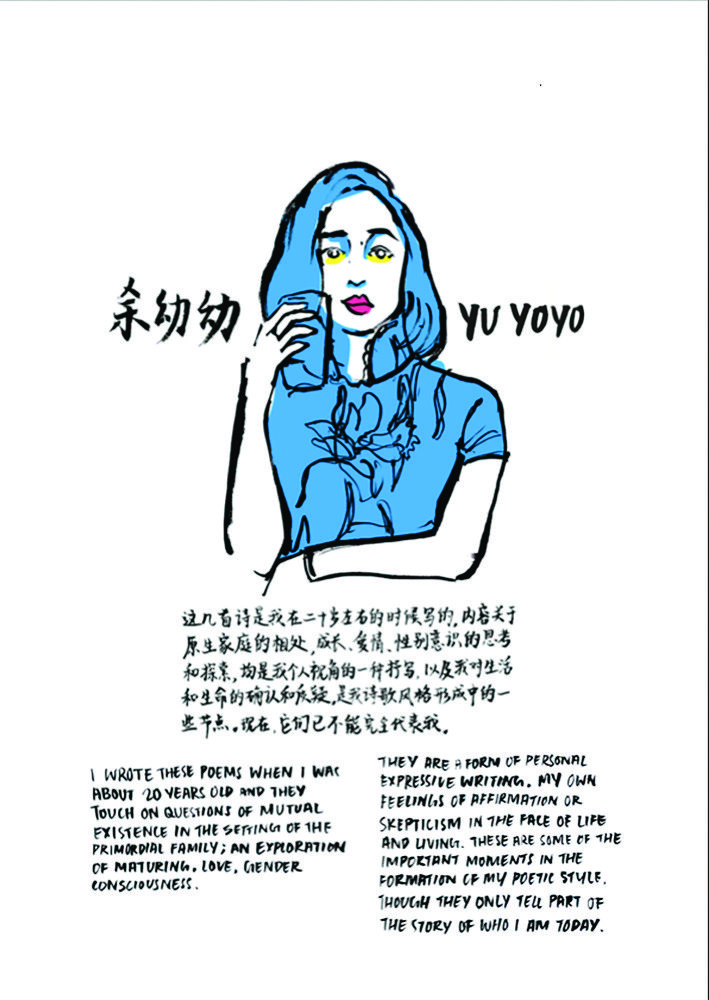 What kinds of difficulties have you faced?

Simon: Of course, we have to be aware of our environment when publishing writing and art that is honest and powerful, but it’s really not difficult when you’re surrounded by talented and motivated writers and artists. Spittoon is a collective, not a collection of individuals, and that’s ultimately what makes us work.

Tell us about your regular events

Matt: Every Thursday we have a different event at a number of venues, each with their own organizers and communities that organize and attend: Spittoon Book Club, Spittoon Fiction, Spittoon Slam, and Spittoon Poetry. In Chengdu we have a monthly reading night organized and run by the wonderful Annie Leonard [and] we’re currently making inroads into Shanghai. We also host infrequent events like Spittunes, which bring together musicians and poets to create special collaborations. We’re working on producing our first Spittunes album with local producer Nasty Wizard Records. We’re working with arts groups to facilitate different events, from producing a queer storytelling event to organizing a massive Grand Slam Poetry tournament with BLK GEN (representing the black diaspora in Beijing), the first event of its kind in the city.

What’s next for the Spittoon collective?

Simon: I want the magazine’s visual design and identity to be commensurate with the quality of the writing. I am confident our fundraising campaign can make Spittoon a world-class publication.

Matt: I genuinely believe that both Spittoon and CUE are going to become an increasingly important force. Internationally it is another story—our events based in Gothenburg, Sweden are increasing rapidly and its leader, Matias Ruiz-Tagle, has been doing an amazing job developing a community and the results are very encouraging. We’re currently planning an exchange, so watch this space!

Spiterary Ambitions is a story from our issue, “Curiosities and Quests.” To read the entire issue, become a subscriber and receive the full magazine. Alternatively, you can purchase the digital version from the App Store.