In a small courtyard home at the foot of Shaanxi’s Qinling Mountains, Li Jiangwei has lived in seclusion for more than three years. Sporting a grizzled beard and plain Han-style robe, the 39-year-old starts work every morning at daybreak and goes to bed with the sun. But don’t mistake Li for a religious recluse or a hermetic scholar from ancient times: He’s just there to make guqin. 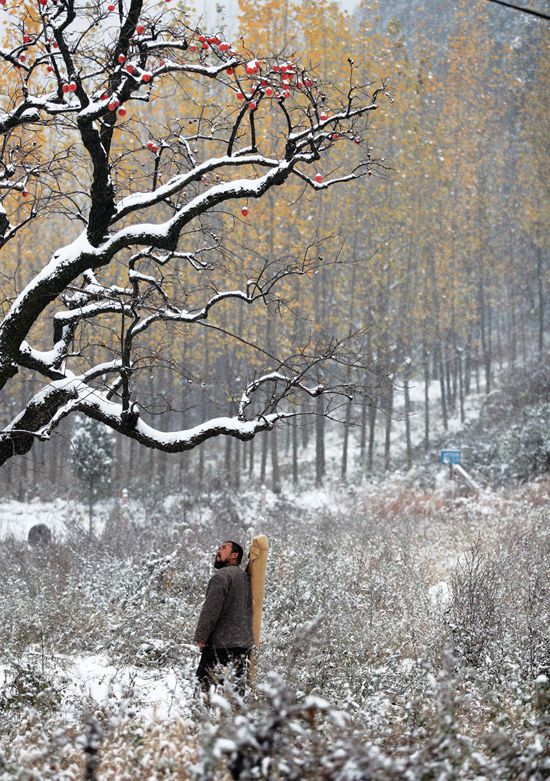 Prior to moving to the mountains, Li made guqin in his apartment in the city 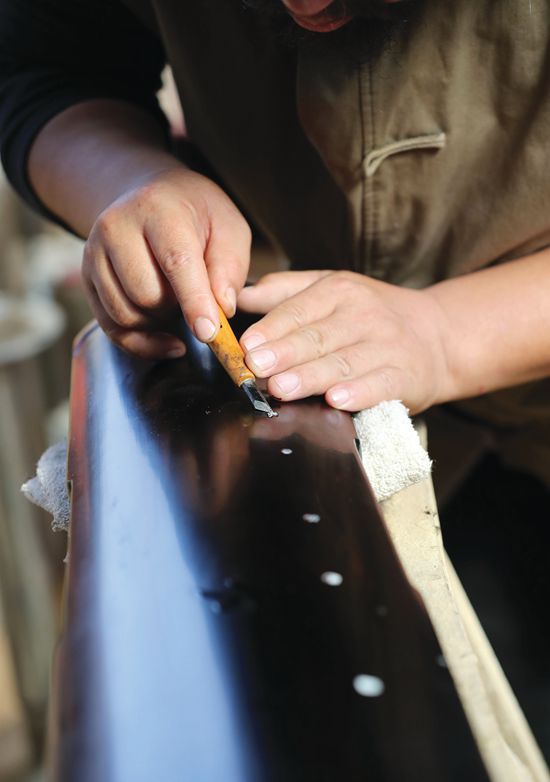 A UNESCO intangible heritage item since 2003, the guqin is a seven-string zither that was one of the four refinements of the ideal Confucian man. As the Spring and Autumn Annals noted, “Where there is a gentleman, there is a zither close by.” But good guqin, like gentlemen, have grown scarce in modern times. “Many people claim to be guqin masters, but only know a few tunes. Their guqin are products from factory assembly lines; how can they generate an authentic sound?” asks Li, who is a sculptor with a degree from the Xi’an Academy of Fine Arts. In 2010, Li decided that the only way to explore his childhood obsession with arts was to make his own. Li tunes the guqin in order to check the sound

In 2015, Li moved his workshop to the Qinling Mountains, so “the noise of modern industry” wouldn’t disturb him. In one corner of Li’s yard, a mass of fir wood piles up, product of his annual travels south to collect centuries-old timbers that are unlikely to deform or crack, and can be counted on to produce a clear and beautiful sound. In the middle of the yard, Li can be found in all seasons and weathers at his work-bench: shaping the timber, planing the wood, attaching the strings, polishing, and tuning. Usually, an entire year’s hard work can only produce one or two instruments—but as Li is fond of saying, a good guqin deserves the wait. 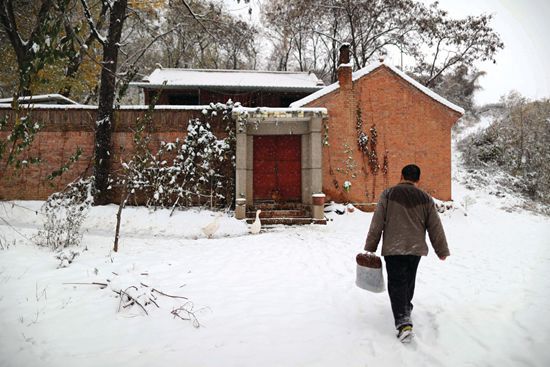 Besides his work, Li has to feed and take care of himself on the mountain Guqin-playing requires relaxation and serenity, so the mountains are a perfect environment 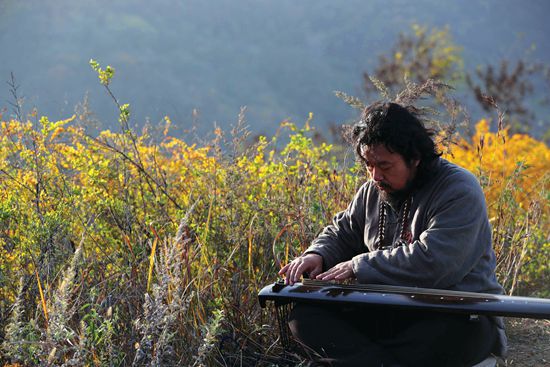 For Li, playing his instruments is the greatest pleasure of this work

Pulling Strings is a story from our issue, “Home Bound.” To read the entire issue, become a subscriber and receive the full magazine. Alternatively, you can purchase the digital version from the App Store. Once the nation’s most popular instrument, the accordion accompanied many of China’s revolutionary moments