E-commerce giant JD has had a terribly scandal-ridden weekend, beginning with an alleged employee’s leak of an undated internal email suggesting termination for employees who don’t work hard, regardless of family or health issues; employees with poor performance; and those whose “price-to-quality ratio” is low—rules that JD says are simply to discourage slacking. 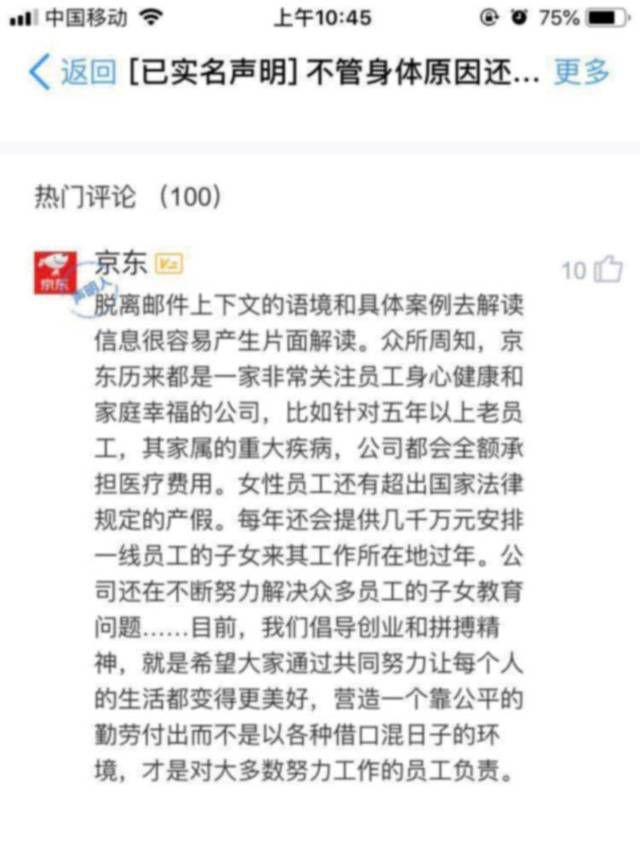 “So what kind of employee is [CEO] Richard Liu?” netizens have commented below JD’s clarification of the policy

On Sunday, another netizen leaked news that JD is removing the base salary for their couriers, who would be paid by commission only—which JD also didn’t deny, instead asserting that “the old pay structure doesn’t fit [our] new business model.”

Perhaps couriers and underperforming employees should consider a career change: Last week, JD’s E-sports Club announced it was hiring professional e-gamers with an annual salary of 500,000 to 10 million RMB

A Henan casanova was exposed as a catfishing conman, posing as the wealthy son of officials to defraud 19 lovers (while impregnating six) of their savings and cars

Deadly forest fires across northern and western China saw 31 firefighters lose their lives in Sichuan; another six died in a wildfire in Shanxi. Meanwhile, China Daily has lauded the repurposing of tanks and guns to fight fires

A Ningbo food courier lost over 10,000 RMB to thieving roommates, who scanned his sleeping face to unlock his phone and WeChat Wallet, prompting discussion about the reliability of facial-recognition systems (the money was later returned)

Bao Yun, a constestant of Jiangsu TV’s hit reality show, The Brain (《最强大脑》), has been fired from the show after accusing the judging process of being rigged. In support of Bao’s allegations, netizens have dug up producer Sang Xiaojie’s now-deleted Weibo comment that “to be fairer is impossible, to be entertaining is the top priority”

Two Chinese students in the US are accused of scamming Apple out of 900,000 USD by “returning” fake iPhones to stores

Chinese-Swedish actor Zhao Lixin has had to apologize and delete his Weibo account after asking, “Why didn’t the Japanese burn and loot the Forbidden City? Does this fit the profile of an invader?” on the social platform last week, which was perceived as whitewashing Japanese war crimes The latest target for China’s facial recognition bonanza is livestock, and aims to revolutionize farming