Overseas buyers, known as daigou, are popular in China for a number of reasons, including ensuring product safety, avoiding tariffs, and dodging fakes—only, as a recent Weibo video shows, the daigou themselves may not be all trustworthy.

Live-streaming is a common way for daigou to assure customers that their product is genuine. On February 17, a Paris-based blogger shared a video of what appeared to be a daigou purchasing a Chanel handbag in a foreign mall. The blogger pointed out several inconsistencies, concluding that the video was actually shot on a set, with foreigners hired as extras—tricking the consumer into thinking their trusted daigou is snapping up bargains in Milan, when they’re actually in a warehouse in Henan.

Daigou, a popular underground profession that saw a significant boost after the 2008 melamine baby formula scandals, was once a way for international students and other Chinese living abroad to make extra money. Increasingly, buyers are now making a career out of bringing back baby formula, dietary supplements, cosmetics, and luxury goods from overseas to domestic customers concerned about price and quality. Naturally, this has inspired fakers to jump in on the act.

Among the video’s tricks were shots of a black bag with a “Printemps Paris” receipt on the counter, a pair of hands counting Euros off the the side, and a voice off-screen speaking French. Obvious discrepancies included the unprofessional way that the goods were displayed, and the unlikelihood that a real daigou in Paris would carry so much cash.

This is far from the first daigou video scandal. In 2018, luxury expert  Zhang Chen told the Beijing Evening News that he has identified videos shot in studios in Guangdong and Fujian and used by unscupulous diagou to deceive their customers.

Recent tariff cuts, as well as 2018’s e-commerce law and stricter custom checks, have driven many daigou out of business or further under the radar, but the service is still widely available on Taobao and other daigou platforms.

Their legally gray nature, though, means services carry a high degree of risk. Even when videos are shot in a real overseas store, there’s still no guarantee that the same product will be shipped to the customers. Unscrupulous daigou can furthermore hire someone else to take real videos or photos, or mask the location using a proxy server.

A whole “supply chain” is also in place to help pass fake goods for real ones. Besides faked transaction videos, there are also receipts from foreign stores, authentic packaging, and fake international shipping records, stolen from real purchasers or courier companies, and traded on the black market. 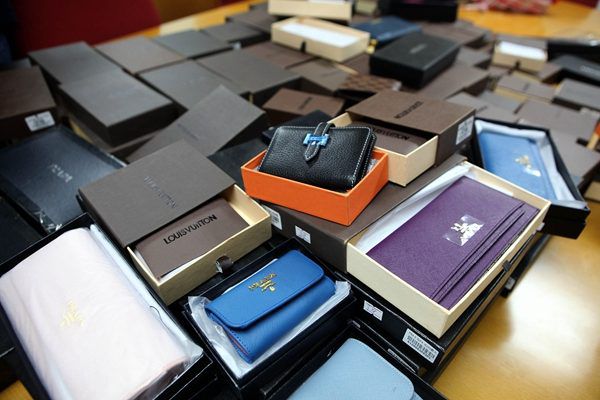 To further complicate matters, many of these knockoffs are produced in underground factories back in China. A Beijing News investigation reveals that fake bags from “Coach” to “LV” were being produced in a Dongguan factory, using the same materials as authentic products for a few hundred RMB each. These bags, which could even pass identification from experts, are then sold for around 1,000 RMB each to fake daigou, who may resell them for over ten times of that amount.

As consumers’ appetite for foreign goods grows larger by day, the country plans to established 15 tax-protected zones, and implement various tariff cuts. Daigou, though, seem determined to hold onto their market by any possible means—even (or especially) dishonest ones.