This week, construction bosses prove hard-headed, netizens are disgusted by Durex, Italy bans preserved eggs, and an award-winning children’s author is accused of illegally selling books at schools. But first…

The death of an Anhui man stabbed by his wife allegedly for forgetting to bring home chicken drumsticks, after years of verbal and physical abuse, has drawn attention to female-on-male domestic violence

A construction worker posted a now-deleted video on Kuaishou showing how easily his safety helmet could be broken, and how his manager’s helmet was much more durable by comparison, drawing further attention to China’s poor worker-safety record

Renowned children’s author Zheng Yuanjie has accused fellow writer Cao Wenxuan, winner of the Hans Christian Andersen Award, for breaking Chinese law by peddling books at primary and secondary schools where he has been invited give lectures, thus driving up his sales numbers. Cao has declined to comment (but you can read TWOC’s previous interview with the author here)

Italian police seized over 800 pine-patterned “century” eggs and salted duck eggs from a Chinese-run store, offending fans of these delicacies with the claim that they are “unsuitable for human consumption”

Durex’s “4.19 for One Night” ad campaign on Weibo has flopped, after netizens found its eating-related innuendoes featuring milk tea brand Hey Tea and food-delivery app Ele.me to be “gross” rather than humorous 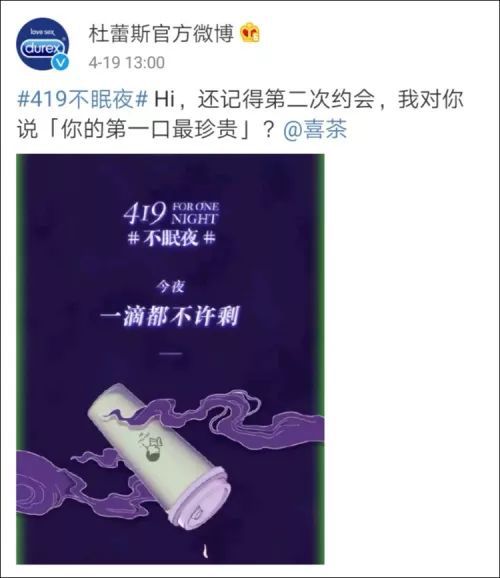 “Exhaust every drop tonight,” declared Durex’s ad, while Hey Tea commented below, “You’ve always got my cheese on your lips”

No mercy for Mercedes

Mercedes-Benz’s troubles continue, following a new video that shows a woman climbing on top of showroom vehicle to complain about her car’s faulty airbags, an apparent copycat of the unhappy customer from last week with whom the automaker has just reached a deal

Guangdong authorities have approved Tencent to distribute Nintendo’s Switch console in China, after years of tightening regulations in the domestic gaming market

Fans of HBO’s Game of Thrones were outraged by the nearly six minutes’ worth of content cut out of Season 8’s premiere on Tencent’s streaming platform, which allegedly included vital plot points besides the typically censored sex and gore

Cover Image by Pixabay from Pexels