Birthplace of 20th century writer Lu Xun and the ancient calligrapher Wang Xizhi, the city of Shaoxing in Zhejiang province flaunts attractive waterways, ancient stone bridges, and delicate black canopy boats. Alongside its rich cultural history, the city has its own distinctive dialect. Part of the Wu family of fangyan, along with the speech of Shanghai and Hangzhou, the Shaoxing dialect is spoken in the city and surrounding counties. Made famous by Shaoxing opera, or or shaoju (绍剧), Shaoxing fangyan has 55 vowels, eight tones, and a sing-song quality. Here are a few characteristics of the dialect:

The Shaoxing dialect also includes some unique auxiliaries which can change the tone of a sentence. For instance, to turn a normal phrase into one with sarcastic overtones, locals use the pronoun “rory” (下叶).  “Rory, noo ze pi nga li hei” (下叶，你裁比伢厉害) is a sarcastic way to say, “Wow, you’re so much cooler than me.”

The measure word for shrimp is zhī (只)  in Mandarin, but in Shaoxing, it is pronounced “tzao” (召).  For example, “a shrimp” (一只虾 in standard Mandarin)  is pronounced “y tzao hoo” (一召虾). 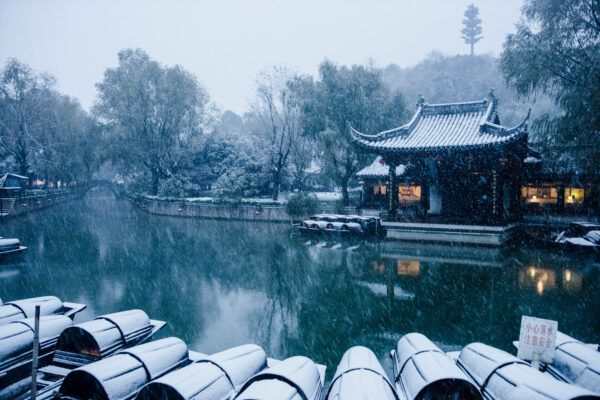 The best way to talk like a local, of course, is to curse like one. Given Shaoxing’s gentle reputation, it’s said that locals sound tending even when shouting at one another. Judge for yourself:

阴思 means “selfish desires,” and 主, which directly translates to “ghost,” is an insulting name for a person in the Shaoxing dialect. This phrase is usually hurled at someone who betrays the cause of a group for selfish gains.

Animal! Have you no shame?

脸孔要勿要哉 more literally translates to “Don’t you want your face?” This insult is a more direct version of the previous.

You illegitimate fatherless child! You have no brain!

This phrase takes things up another notch, and is not to be used lightly.  搞七廿三 is a typical Wu term meaning “entangled,” and more figuratively, an importune person who cannot see a situation clearly.