Few Chinese fangyan have undergone as dramatic a rise and decline as Shanghaiese. Once serving as a badge of honor for older Shanghai residents, and now nearly forgotten among the city’s younger generations, the sing-song dialect of zanhei wua (上海话) has been a linguistic mirror to centuries of cosmopolitan transformations.

Shanghaiese can be heard in the heart of Wu-speaking region of Jiangdong and Jiangnan. The Wu language family, which also includes the dialects of Shaoxing and Wenzhou, has about 81 million native speakers, slightly more than the nearly 77 million native French speakers around the world. Throughout Chinese history, different Wu dialects have served as the regional lingua franca, from the Jiaxing dialect in the Ming Dynasty, to the Suzhou dialect in the Qing Dynasty. 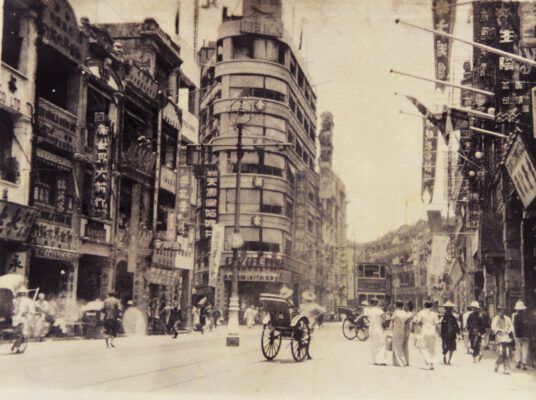 The 20th century is considered the heyday of Shanghaiese. Though an older version of the dialect can be traced to the Southern Song Dynasty (1127-1279), the modern dialect evolved in the last 150 years alongside the growth of Shanghai as China’s center of commerce, adapting from a chimera of Wu dialects brought to the city by a massive influx of immigrants beginning in the mid-19th century.

Practically all speakers of Shanghaiese speak a hybrid strain—retaining a Ningbo or Suzhou flavor, for example. Some linguists to further delineate the dialect into neighborhood varieties: Pudong, Qingpu, Songjiang, Jiading, Chongming, Jinshan, Wujiang, and more.

As a result, it’s difficult to say what constitutes “pure” Shanghaiese. When the municipal government recruited local speakers for language preservation projects in 2010, it found “pure” Shanghaiese speakers at only two of 13 interview sites—despite a supposed 14 million speakers of the dialect. 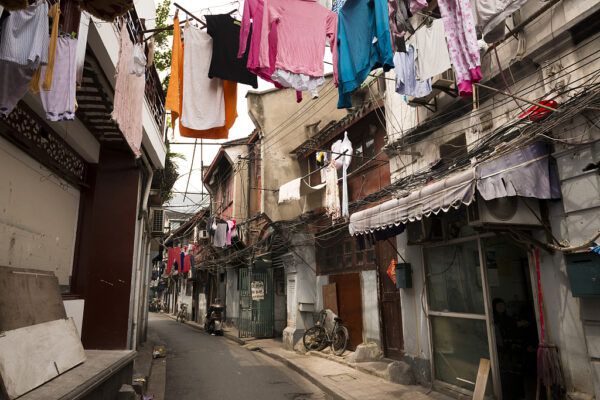 Many older Shanghaiese grew up in communities made of longdang (弄堂), or “lane houses”

Today’s native speaker is Mrs. Zhuang, a woman in her 80s who grew up in the longtang of Hongkou district, Shanghai, to parents who migrated from Ningbo, Zhejiang. Zhuang’s sister’s grandson, a college student born and raised in Shanghai, can understand the dialect but cannot speak it, preferring instead to focus on English and German.

Whereas Shanghaiese was once nearly ubiquitous throughout the city, a national campaign to discourage the usage of dialects in schools and media in favor of Putonghua began in 1992, part of the government’s ambitions to strengthen national identity. The municipal government, however, has begun to push back against the extinction of their dialect in recent years. Some kindergartens and elementary schools now teach Shanghaiese.

A number of young people today are trying to integrate Shanghaiese into their lives. Singers cover popular songs in Shanghaiese (such as “Let it Go” from Frozen), and a handful of rappers like Mr. Weezy even write and record in the dialect. Although still rarely heard at the supermarket, perhaps the soft and lyrical Shanghai dialect is gearing for a comeback.

Here are a few basic features of the dialect:

囡 (nān in Mandarin) is a rather archaic term for a small girl still prevalent in Wu dialects, where it’s pronounced like nue or nuai. 绿豆芽 suggests a lanky stature, like a beansprout.

He looks stupid, but in reality he’s very clever.

戆大 is slang for a “silly person.” Some trace its origins to the English word “gander,” a somewhat archaic slang for “silly goose.” 门槛, pronounced “meng ke,” is a cognate of the English word for “monkey.” To describe someone who is clever, or 精, as a simian, Shanghaiese often say 门槛精.

He found a job, now he can rest assured.

瞎三话四 is the Shanghaiese equivalent of 胡说八道 in Putonghua, an idiom meaning “to talk nonsense.”

You disobedient little demon, I’m going to teach you a lesson with my hands!

小鬼头 is a way to refer to a mischievous child. 吃生活, literally meaning “to eat life,” implies to give a beating. (Note: TWOC does not condone beating or threatening a child in any dialect.)