Like an album of B-sides and hidden tracks from a well-known musician, Feng Jicai’s Faces in the Crowd: 36 Extraordinary Tales of Tianjin contains a few gems, a lot of quirkiness, and a fair amount of filler.

The collection of short stories, introducing the lives of 36 unusual residents of late 19th and early 20th century Tianjin, provides a humorous and generally entertaining snapshot of life in a city undergoing rapid transformation. But many of these tales read more like outtakes from Feng’s vast body of work, or first drafts of characters ready to be fleshed out and incorporated into a novel.

In the introduction, Feng writes that in compiling this collection, he is performing an act of cultural preservation in the hope that these tales of local Tianjin celebrities won’t be forgotten by future generations. The resulting stand-alone vignettes describe the lives of, among others, miracle doctors, educated gangsters, an ill-mannered mynah bird, a master thief, and a man who sweats alcohol through his feet. 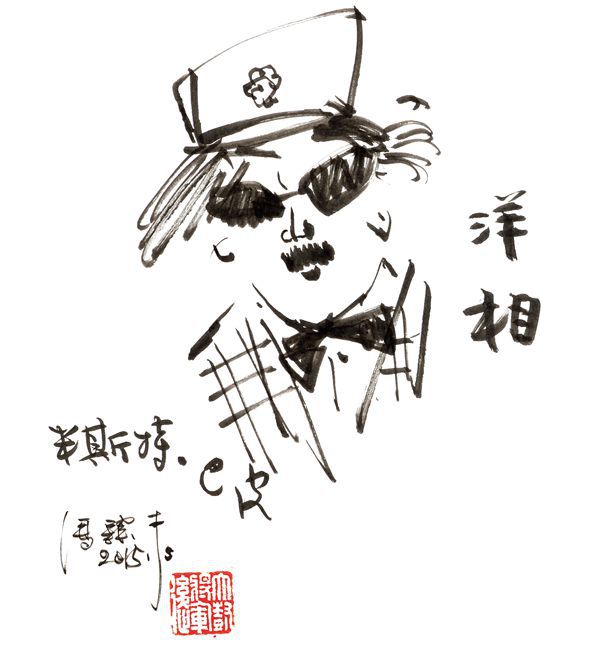 It makes sense for Feng to compile this collection with cultural preservation in mind—he is a native of Tianjin, and has been involved in campaigns to save traditional culture in China for many years. As an author, Feng first came to prominence as a pioneer of the “scar literature” movement after the Cultural Revolution, and as collected oral histories to preserve the memories of that turbulent period.

Many of Feng’s novels are set in his home city, as in his 1986 work “Three Inch Golden Lotus,” a tale of foot-binding in the late Qing period. More recently, Feng has become honorary president of the China Folk Literature and Art Association, and has compiled photo albums of ancient buildings still standing in Tianjin in effort to persuade government officials to protect them.

The turn of the 20th century was a chaotic time in Tianjin, as foreigners entered in the concessions, the Qing empire crumbled, the Boxer Rebellion took hold (one chapter tells the story of Lin Hei’er, leader of the Boxers’ all-female Red Lantern Brigade), and global trade and capitalism came to the port city. Feng does an excellent job of capturing this sense of shifting times, while bringing to life old professions and crafts that used to wake up the city’s livelihoods. Spending time with the colorful characters of late Qing and Republican Tianjin is enjoyable and lighthearted, though not all of the stories have satisfying conclusions. Many read like comic sketches, with set-up, twists, and punchlines delivered with varying degrees of success. In one tale, a failed calligrapher is thrilled to meet a foreigner who loves his “genius,” only to receive a photograph in which the foreign fan proudly poses with one of his pieces upside down. In another, the alcohol-sweater ends up dead when he wears leather shoes to an after-work bender with his boss.

Other chapters have comedic set-ups, but peter out into obscurity. One tells the story of Stony Face, a man who frequents local comedy clubs yet never cracks a smile. The next six pages of this chapter seem to set the scene for dramatic climax—what will finally make Stony Face laugh?—but there is no punchline; he never smiles, not even when the funniest act from Beijing rolls into town.

There are few morals in Feng’s stories, at least few obvious ones, which means that some of the less plot-driven narratives seem insignificant or even incomplete. In “Seven Dollars Su,” a doctor surnamed Su refuses to see patients unless they pay him seven dollars up front, but it never becomes clear why he sticks to this rule. Because the tale is so short, there is little room to develop characters, and not much subtext to sift through, making it hard not to just shrug and move on to the next story—the “why” never becomes important.

This is not to say that there aren’t entertaining moments here, or that Feng, a renowned novelist—as well as artist, poet, architectural historian, and activist—presents them badly. A highlight is the story of He Taotai, known in Tianjin for two remarkable talents: “One was licking the boots of his superiors, and the other was keeping birds.” He employs the former talent to convince the Manchu viceroy of Zhili (today’s Hebei province) to visit his home, but things go awry when his pet mynah bird starts parroting things it heard its master say at home: “The viceroy is an absolute bastard!” the bird squawks. The genuinely pithy and funny tale touches on themes of corruption, face, and the importance of connections to one’s career.

Feng provides through these vignettes a window into life in turn-of-the-century Tianjin, and the forces of modernization and conservatism pulling the city and its inhabitants in different directions. In “Crop-Haired Yang,” the youngest daughter of an important family cuts her hair to imitate the “modern young men” who had started cutting off their queues in rebellion against the Manchu rulers. However, she is mistaken for a man, and chased and beaten by police when she tries to use the ladies’ lavatory. “How could being modern have got her into so much trouble?” the narration asks. In another tale, a dog is so ashamed to have embarrassed its owner that it commits suicide by jumping into cement—even canines cannot escape the constraints of honor and shame in Feng’s late-Qing Tianjin.

The Tianjin that Feng describes is vibrant and bustling. But although Feng is clearly fond of his hometown and frequently emphasizes Tianjin’s exceptionalism (“In any port, the people are as tough as can be,” he writes), most of his characters are out to find fame and fortune for themselves (“Tianjin is a commercial center, so everyone is trying to make some money or get something for nothing”). Swindlers are everywhere, and fraud so rife that even the scammers get scammed. Everyone is selling something, whether their goods, or simply an image of themselves.

Skills are necessary to survive in Tianjin, but it’s marketing, trends, and luck that make or break the fortunes of many of Feng’s characters: “A good signboard can give a real lift to your business,” we’re told in the story of “Dragon Robe Zheng.” Despite their hit-or-miss tone, these quirky tales from the past are worth telling, if only to provide a window into a city that no longer exists, transformed by the upheavals of the last 200 years. In Feng’s words, “Wouldn’t it be a shame if we forgot all about them?”–Sam Davies

“I made my one hundred and seventy-eighth scratch on the cave wall,” the novel begins with Butterfly’s words of despair. Six months ago, she was abducted and sold as a wife to Bright Black, an unmarried “bare branch” in an impoverished village where most young women have left for better opportunities outside. In this tale elegantly translated by Nicky Harman, Shaanxi literary giant Jia Pingwa explores human trafficking in an age of intensifying rural decline. – LIU JUE (刘珏)

As part of Penguin’s China Specials, one-hour reads by Chinese authors and China scholars, this new series presents works of fiction by five well-known writers from Zhejiang province, translated into English for the first time. Bi Yu’s 1930s Shanghai spy thriller The Postman will resonate with fans of Eileen Chang’s “Lust, Caution.” Other titles, including Ai Wei’s The Road Home and Wang Shou’s The Debt Collector, provide insightful critiques on the warped ethics of modern Chinese society in both the city and the countryside. – Emily Conrad

When a distant star becomes a supernova, deadly radiation wipes out all people on Earth above the age of 13. In a world left entirely in the charge of children, games and politics become indistinguishable, leading to chaos, indulgence, and total nuclear warfare. In this Lord of the Flies meets Ender’s Game-style story, Liu Cixin imagines a world as a terrified orphan who holds enormous power, but is oblivious to the consequences of many actions—a reality not far from our own. – L.J.

Tall Tales is a story from our issue, “Tuning Up.” To read the entire issue, become a subscriber and receive the full magazine. Alternatively, you can purchase the digital version from the App Store.