Social media at home and abroad is still afire with discussion of Dr. Li Wenliang, now dubbed a national hero for raising the alarm regarding Covid-19 in December, but the late Wuhan ophthalmologist is far from the only medic who has gone viral online since the pandemic began.

Since January, the ongoing fight against Covid-19 has shed light on the unenviable working conditions of medical workers in China, who face struggles such as overwork and the threat of violence from patients’ family members. News and documentaries about their heroism has transformed the public’s opinion about this often under-appreciated profession, but some medical experts have won extra respect and trust, becoming celebrities in their own right: 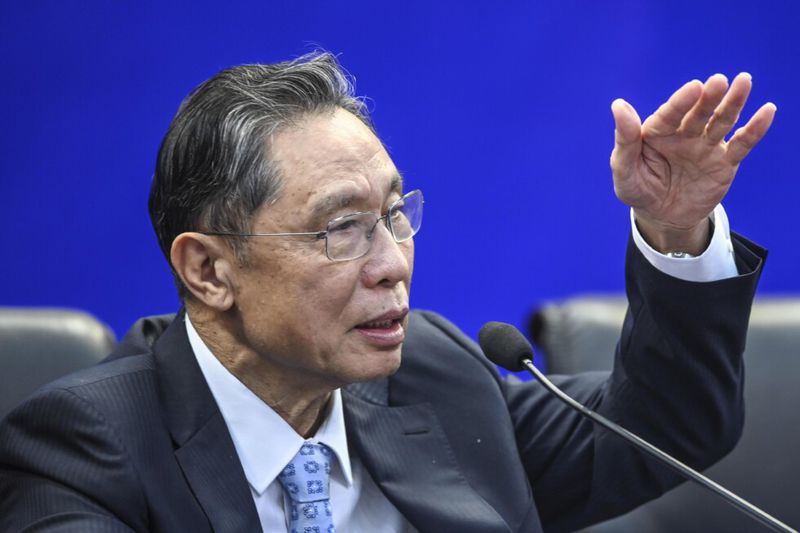 Dr. Zhong Nanshan (钟南山), China’s top respiratory specialist, became a household name 17 years ago for daring to warn the public about SARS when Chinese officials were accused of covering up the outbreak. At the time, Zhong gave media his candid assessment of the severity of the SARS crisis, then declared “Send the critically ill patients to me!” Dr. Zhong, then director of the Institute of Respiratory Diseases at the First Affiliated Hospital of Guangzhou Medical College, helped to contain the outbreak of SARS at its “ground zero” Guangdong province.

The 83-year-old doctor returned to the spotlight in January this year, when he rushed to the center of the Covid-19 outbreak in Wuhan on the 18th and confirmed human-to-human transmissions of the virus by the 20th, marking a turning point in the prevention and control efforts of the pandemic. Apart from leading the National Health Commission’s investigation into the novel coronavirus, Dr. Zhong has been China’s most trusted spokesperson for information related to Covid-19 prevention, such as the necessity of 14-day quarantine measures.

The SARS hero is also an athlete who broke the national record in the 400-meter hurdles in 1959, and has been admired for photos showing his amazing bodybuilding prowess despite his advanced age. 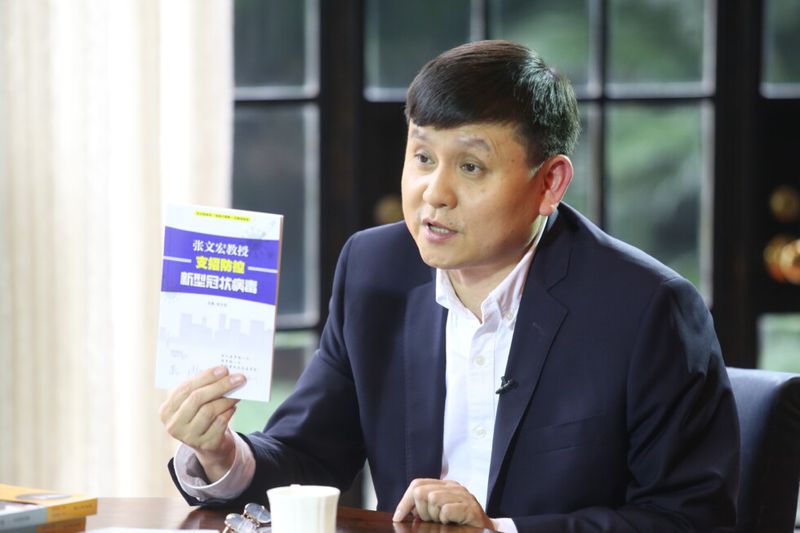 “Call me Wenhong, not wanghong (internet celebrity),” Dr. Zhang Wenhong (张文宏) quipped in an interview with a Chinese magazine. Dr. Zhang, who leads Shanghai’s expert panel on Covid-19 treatment, is the director of the department of infectious diseases at the Shanghai Huashan Hospital Affiliated with Fudan University. Known for his blunt and often humorous style of speech, he has risen to fame for his witty social media broadcasts on the science of disease prevention: “Just stay at home for another two weeks and then the virus will die of boredom,” he says in one video. Zhang gained further plaudits when he suggested that Communist Party members could be sent to the frontline of the Covid-19 outbreak, as it was their duty to serve the people.

Dr. Zhang has also shared disease-prevention tips and knowledge about epidemiology via a WeChat public account, where his essays have gained more than 100,000 views each. Recently, some netizens accused him of being unpatriotic when he advised parents to feed their children eggs, milk, and sandwiches for breakfast, instead of Chinese congee; many, though, admired Dr. Zhang’s professionalism even more when he doubled down on his recommendations and outlined the nutritional science behind them. 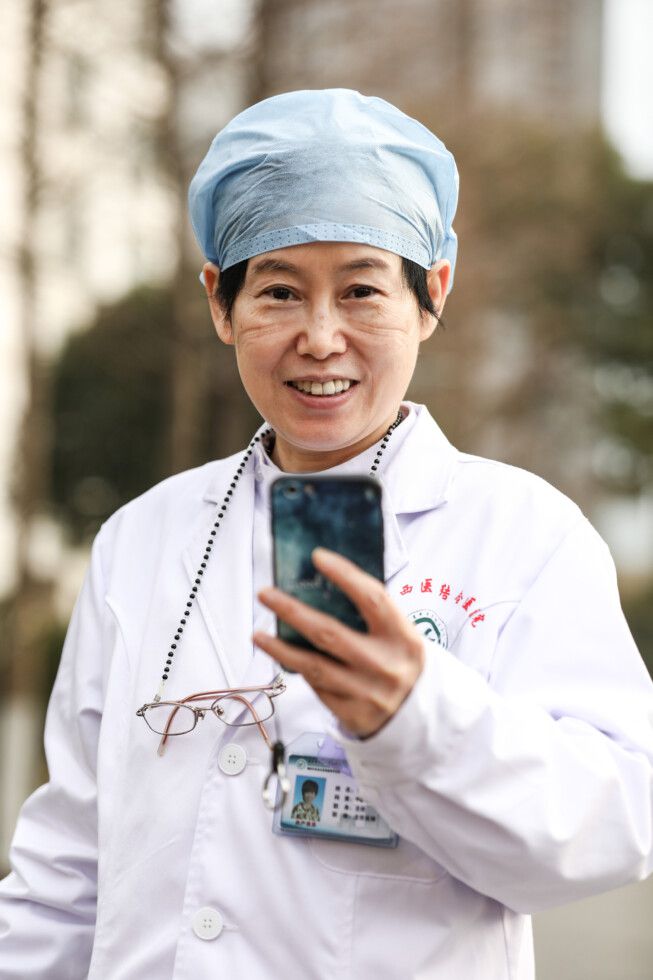 Dr. Zhang Jixian (张继先), an expert of the respiratory and emergency care department at the Hubei Hospital in Wuhan, is lauded as the first doctor in the world to diagnose and then track the novel coronavirus on December 27, 2019. She reported her findings to the hospital, which then alerted municipal and provincial health authorities who ordered epidemiology research into the new virus. Dr. Zhang’s previous experience from fighting SARS also gave her strong awareness about the need for frontline medical workers to protect themselves; she ordered  medics to beef up protective measures by wearing surgical masks and protective clothing, and isolating areas for those patients with the “unknown pneunomia.” This precaution is believed to have helped achieve zero infections among the workers in her ward. 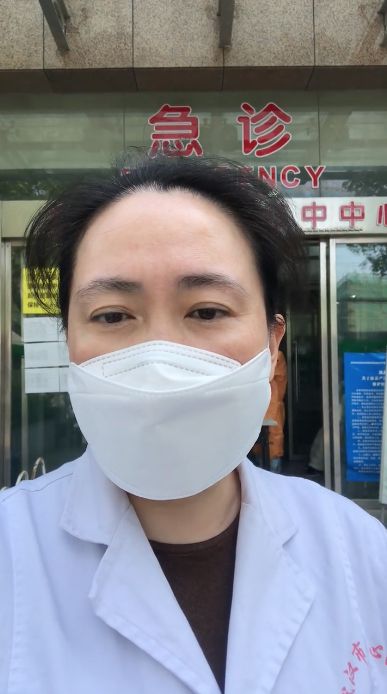 Dr. Ai Fen (艾芬), director of the emergency department at the Wuhan Central Hospital, is another early Covid-19 whistleblower along with doctors Zhang Jixian and Li Wenliang. On December 30, Dr. Ai obtained the diagnostic report of a patient admitted for pneumonia of “unknown cause” and circled the words “SARS coronavirus” in red, then sent a photo of the report to a fellow doctor on WeChat. This first apparent evidence of the outbreak ended up spreading to other medical groups on social media, leading to eight people, including Dr. Li, being summoned to a police station to be reprimanded for “spreading false rumors.”

Dr. Ai was also reprimanded by her superiors, and forbidden from passing further message or images related to the virus. All she could do was to ask her 200-member staff to wear protective clothing and masks despite orders from hospital authorities not to do so, for fear of public panic. Despite these pressures, Dr. Ai still joined the fight against the outbreak with her team, treating patients without returning home for over 40 days as over 1,000 suspected Covid-19 patients began flocking to her ward. 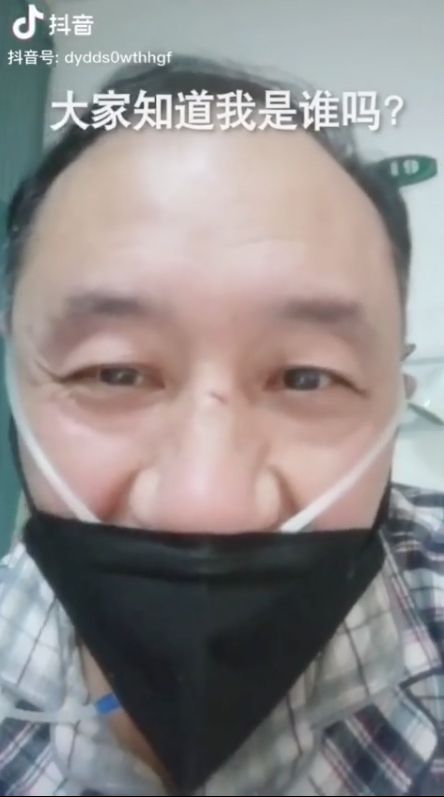 “Don’t worry! It can be managed!” goes the catchphrase of Dr. Yu Changping (余昌平), spoken in his thick Wuhan accent. As the first member of the novel coronavirus expert group of the Hubei Provincial Center for Disease Control and Prevention to get infected with Covid-19, Dr. Yu, the deputy chief physician at the Renmin Hospital of Wuhan University, gave the public firsthand accounts of coronavirus treatment and brief pop science lessons about the virus in mid-January on short-video platform Douyin (TikTok). Coming at a time when there was little awareness about the science of the disease, Dr. Yu’s videos unexpectedly gained him more than a million followers online, who say he helped them stay positive and understand that the disease can be controlled by taking good preventive measures. On February 24, Dr. Yu was discharged from hospital.

Cover image of a street mural of Dr. Zhong Nanshan in Qingdao, from VCG