Join farmers for a bountiful harvest in China’s “seaweed capital”

Every May in Xiapu county, “kelp is the undisputed king,” writes photographer Chen Furong in an online photography forum. “Almost everyone revolves around it and perspires for it—including photographers from around China.” 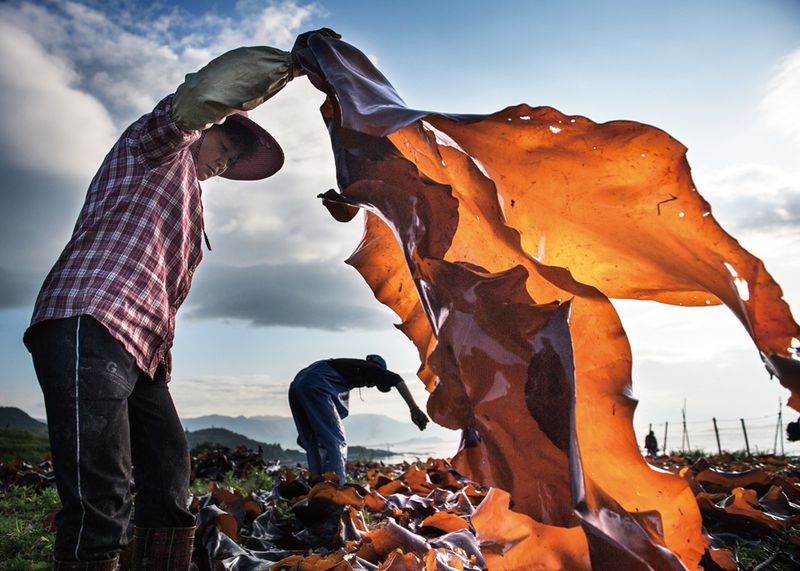 Located in the northeastern-most part of Fujian province, Xiapu’s U-shaped, 400-kilometer coastline is the longest of any county in China. Its offshore seaweed farms produce nearly 80,000 tons of edible algae per year, most notably kelp, or haidai (海带, “sea belt”), a type of large brown seaweed that thrives in the temperate and mineral-rich local waters. China is the world’s largest producer of this seaweed, and one of its biggest consumers, using it in dishes ranging from hearty pork-bone-and-kelp broth to emerald-green kelp salad. 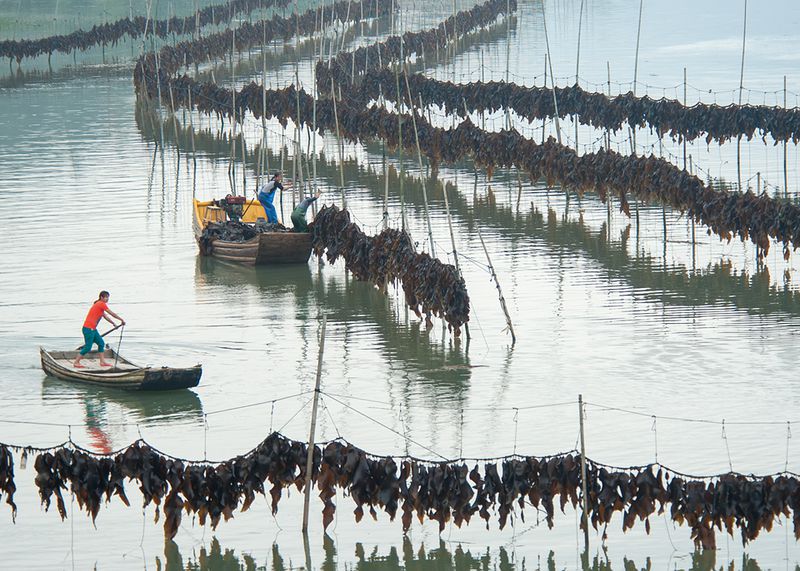 At the start of each summer harvest season, farmers row out to sea in bamboo dinghies at high tide and return laden with heavy sheets of the tough marine plant, which are hung up to dry on the beach on bamboo poles until they lighten to a yellow hue. “The town is full of golden kelp,” cites Chen, a Xiapu native, comparing the sight to a Tang dynasty poem’s description of yellow chrysanthemum littering the then capital, Chang’an. “[My] memory of May is linked solely with the smell of seaweed.” 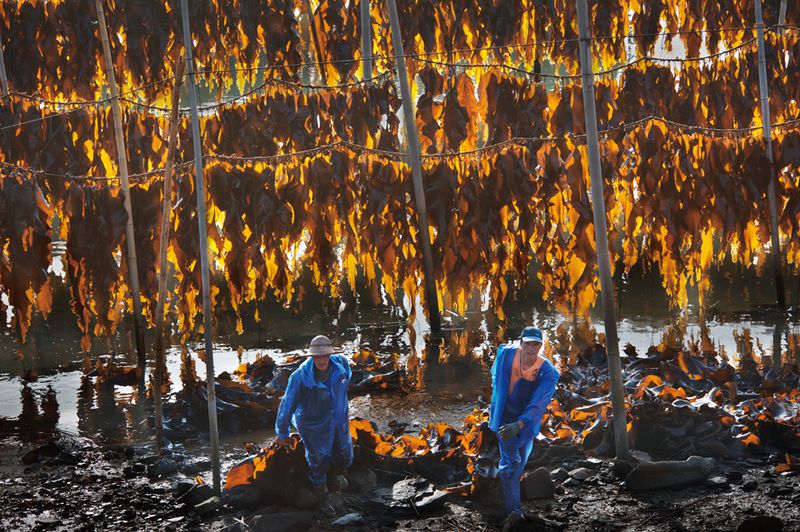 Apart from being China’s “home of seaweed,” Xiapu is known as a photographer’s haven for its picturesque mudflats, quaint fishing villages, and iridescent sunrises—the name of the county translates to “colorful cloud estuary.” In May and June, the two attractions combine as photographers like Chen join the farmers on the beach to capture their arduous work in the sun and surf, as well as their joy over the year’s immense haul. After all, for those who depend on the sea for their living, writes Chen, “the busiest days are the happiest.” 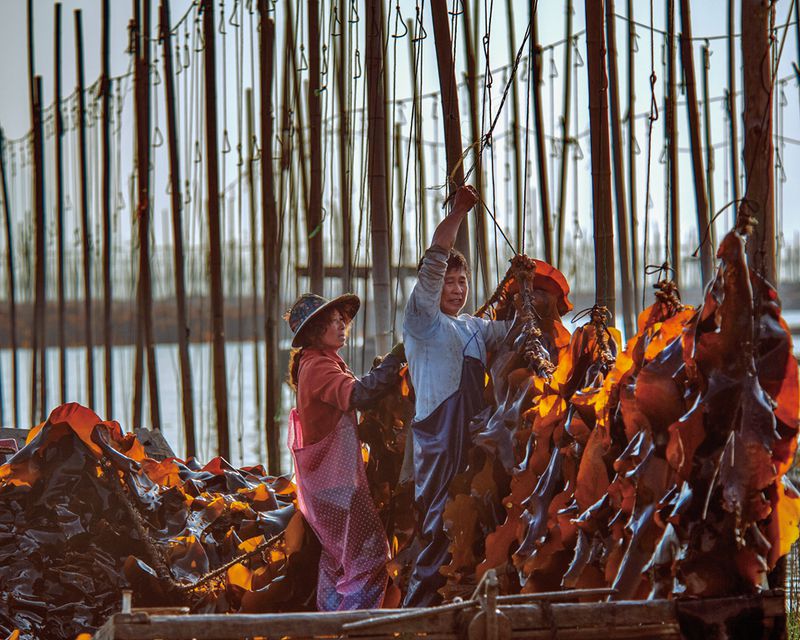 Once dried, the kelp will be packaged and shipped to wholesale markets around the country 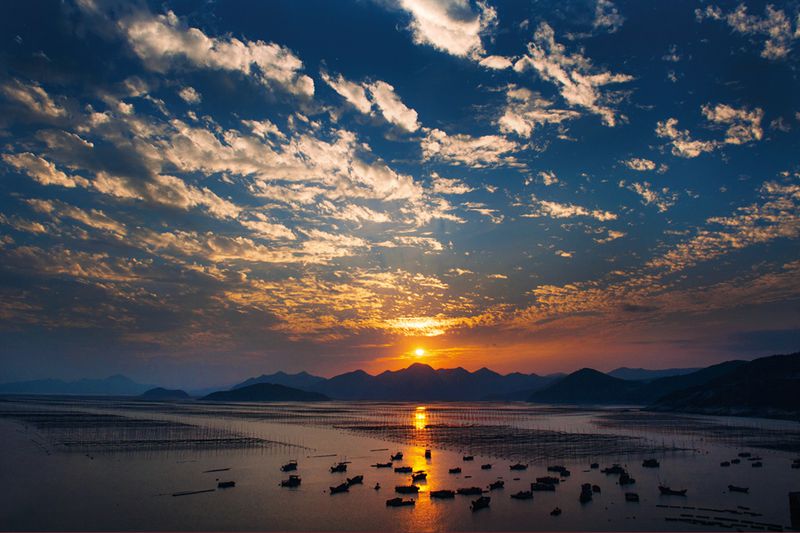 Kelp Wanted is a story from our issue, “Alpine Ambitions.” To read the entire issue, become a subscriber and receive the full magazine. Alternatively, you can purchase the digital version from the App Store.