Those looking at a tourism map of Heilongjiang province for the first time might be forgiven for thinking that Santa Claus has relocated to China. At “North Pole” or Beiji town (北极镇), formerly known as the township of Mohe (漠河) in the county and city of the same name, residents have developed a tourist economy based on their location in the extreme northeast of China.

Located beside the Amur River across from the village of Ignashino in Russia, Mohe is the northernmost town within China‘s northernmost city. The town was first settled in 1860, when the local Oroqen people discovered gold in the mountains and started a gold rush from both Russia and the Qing empire into this borderland. For much of the 20th century, the town of 2,300 residents lived by farming, fishing, and logging, while also hosting a division of China’s border defense force in its boundaries.

The local tourism project began in 1997, with the township and a village under its jurisdiction, also known as Mohe, both changing their name to Beiji (”Northern Extreme”) in 2005. A “North Pole Village Scenic Area” was set up within the community, combining the aesthetics of traditional log cabins in northeastern Chinese villages with the Russian-influenced architecture of downtown Mohe city. A Santa’s post office, reindeer farms, an ice sculpture park, various snow-themed activities, and rare sightings of aurora borealis fill the itinerary of the typical tourist in the so-called “town that never sleeps,” which sees seven hours of daylight in winter and just two hours of total darkness in summer.

In 2021, Mohe returned to the public eye with the hit song “Mohe Dance Hall” by folk singer Liu Shuang, a wistful ballad about yearning and loss against the backdrop of the region’s economic decline, which was spurred by the dismantling of state-owned industries in the 1980s and a logging ban in the early 2000s. Listeners around China became inspired to find out more about how people survive in Mohe’s extreme conditions, where winter can last for eight months and temperatures can drop below minus-50 degrees Celsius. Judging by the photos, it seems that hospitality, stark natural beauty, and holiday cheer help locals as well as visitors pass the long winter days.

Log cabins capped by snow, and occasionally festooned with red lanterns, make up the quintessential image of a northeastern village A tourist interacts with a reindeer on an Evenki reindeer farm 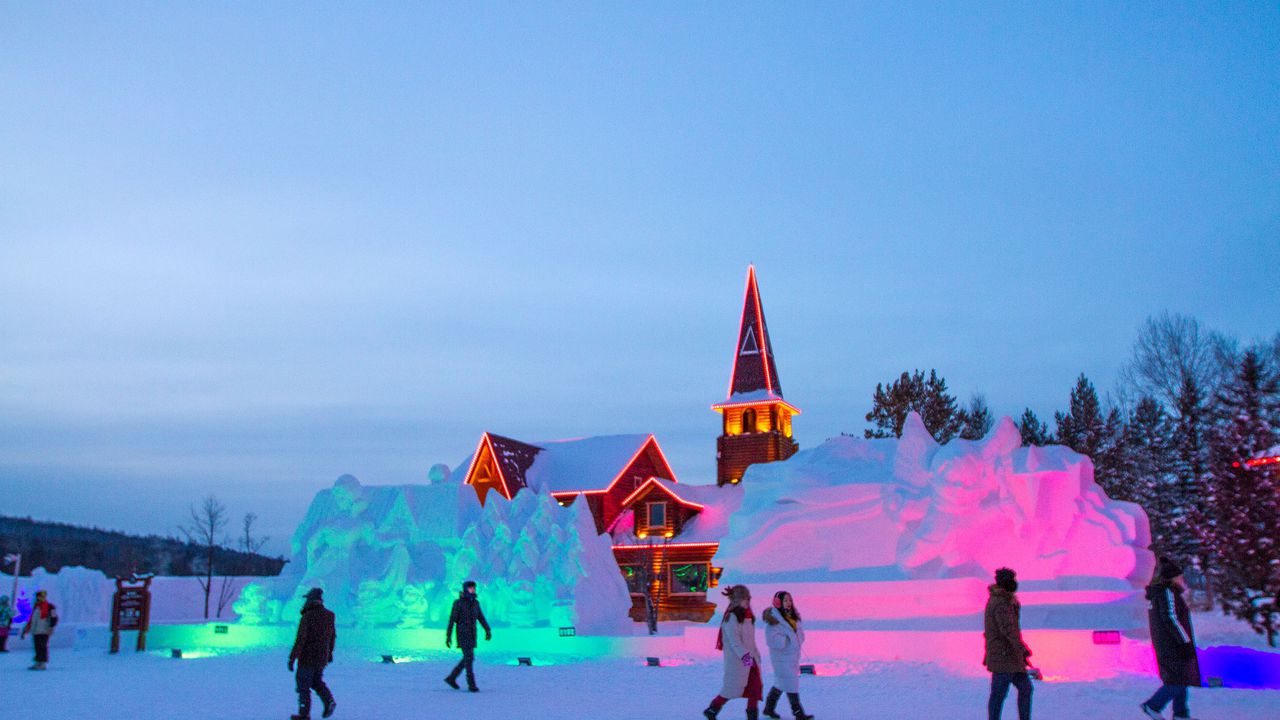 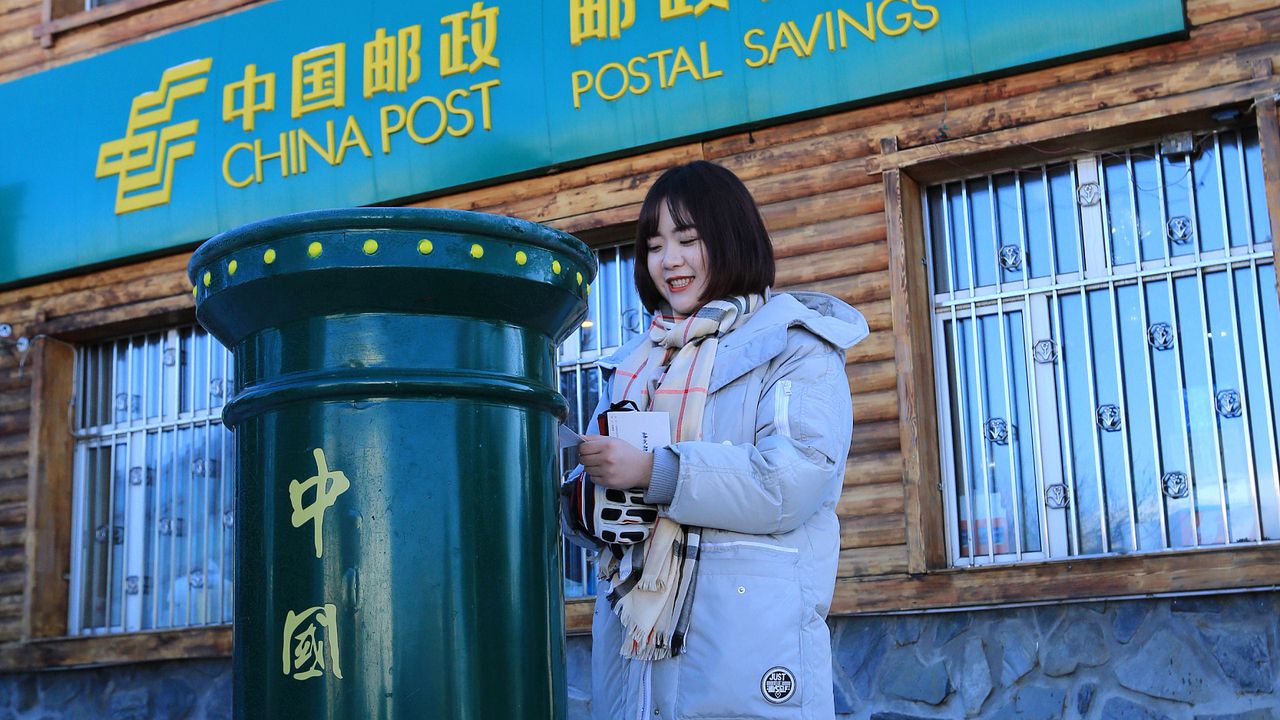 “China’s northernmost post office” in Mohe sends out over 4,000 letters and parcels per day, mostly tourists mailing postcards and souvenirs 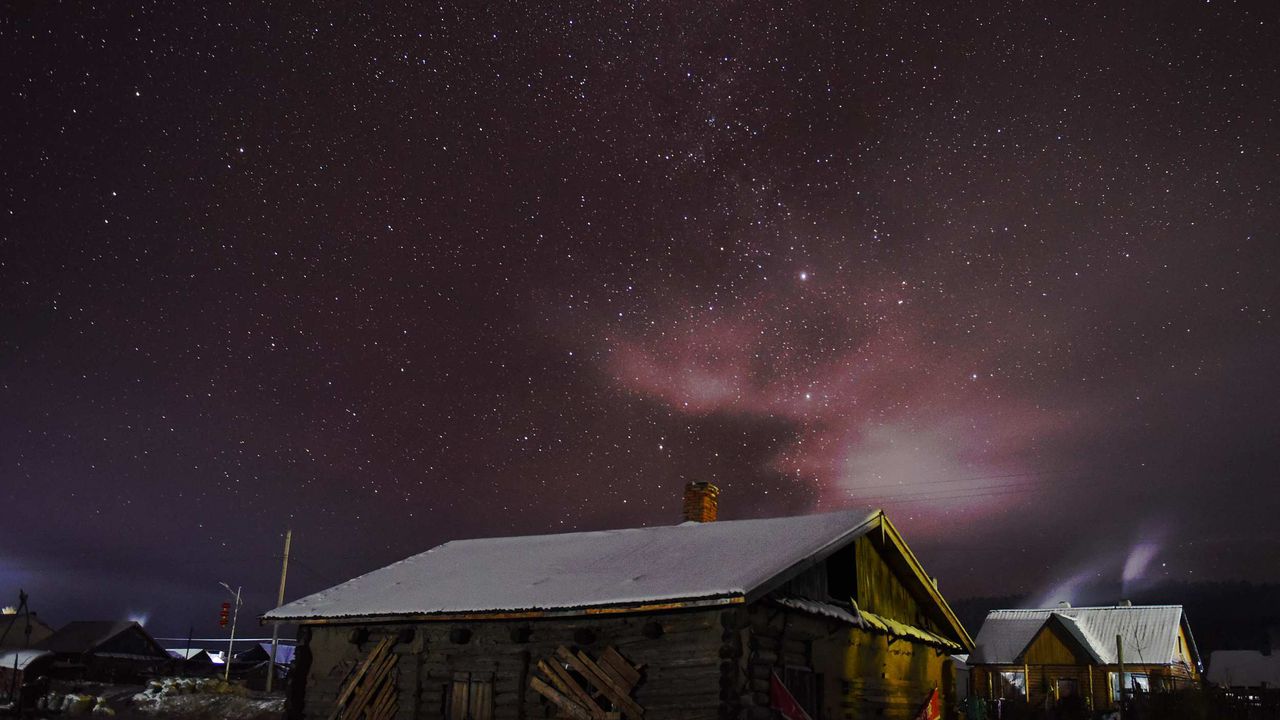 The Northern Lights, a rare occurrence in Mohe, seen over Beihong village in Mohe Locals harvesting ice from the river 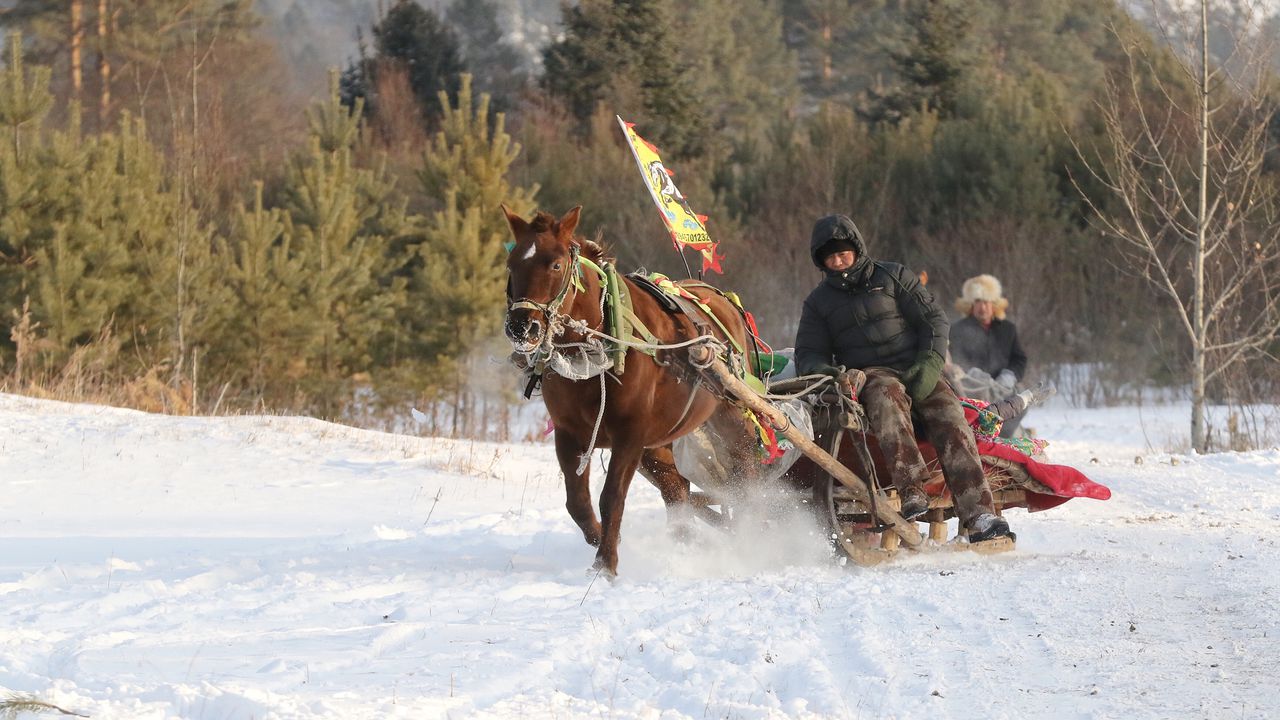 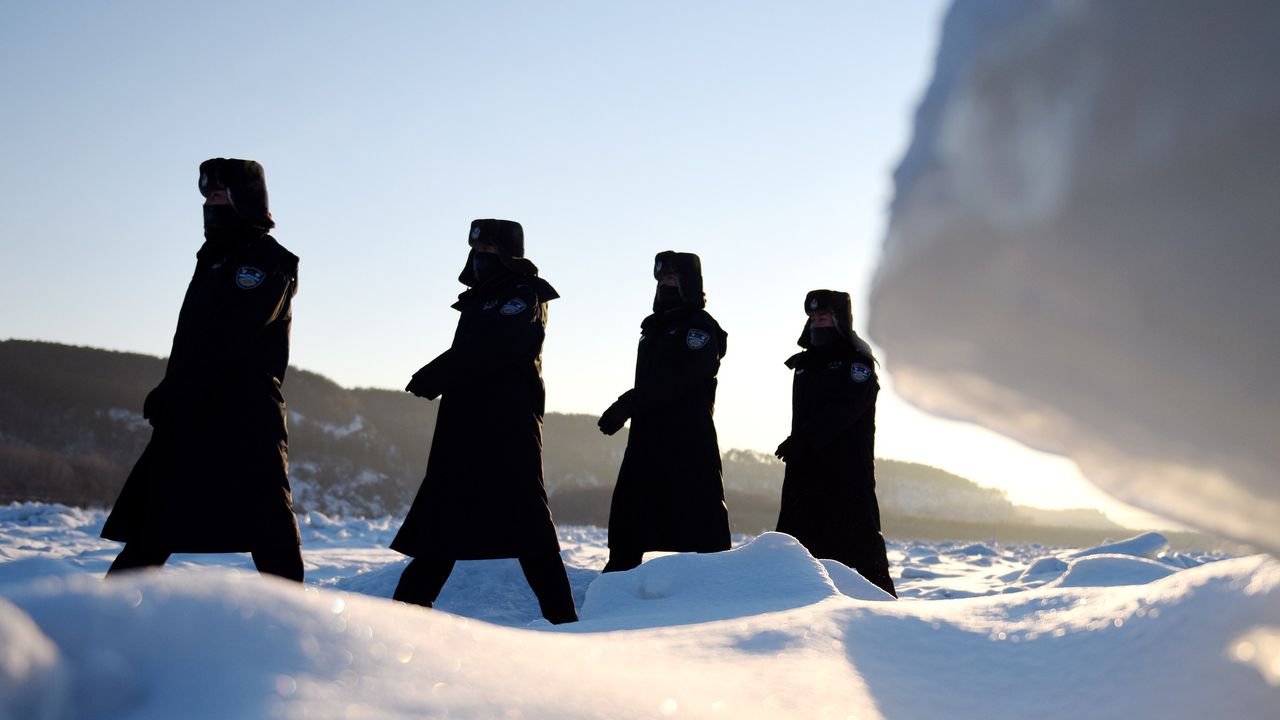 Border police patrolling the area, which is located on the Russian border Join farmers for a bountiful harvest in China’s “seaweed capital” A nomadic survival skill lives on as an exquisite handicraft