Autumn Equinox, the 16th term in the Chinese calendar, is a day for extra attention to one’s health

“Early in White Dew, while late in Cold Dew, qiufen is the right time to sow wheat (白露早，寒露迟，秋分种麦正当时),” goes a farmer’s proverb. The Autumn Equinox, or qiufen (秋分), the 16th solar term of the Chinese calendar, is set to fall on September 22 this year, marking the true beginning of autumn.

During the Autumn Equinox, the sun rises due east and sets due west. In Chinese tradition, this starts a two-week period of falling temperatures, the autumn harvest, and plowing and planting for the next year’s crops. A farmer in Shijiazhuang, Hebei province, busy drying the crops

Various food and medicine traditions are associated with the Autumn Equinox, the second solar term in autumn (after White Dew). On the equinox, the day and night are of equal length, and yin and yang are said to be in perfect balance,

“When preserving one’s health, balancing yin and yang is the goal,” states the Internal Classic of the Yellow Emperor (《黄帝内经》), China’s earliest medicinal text (written before the third century BCE). To achieve this balance, one should dispel external energies from the body. Whereas the summer heat before the Autumn Equinox makes the body dry and warm, cool weather takes over from this period onward. Consequently, traditional medicine stresses that one should regulate the transition of temperatures both inside and outside of the body.

To do so, “During the three-month autumn period, it is beneficial to sleep early and wake early,” states the Internal Classic. Rising early helps to expand yang energy in the body, whereas an early bedtime is useful for preserving the yin.

Traditional Chinese Medicine associates autumn with the element of gold in the Five Elements theory of Daoism. The body part that corresponds with gold is the lungs. During the heat-cold transition period, sour foods that nurture the lungs are favored, while spicy tastes should be abandoned as they may damage the qi preserved in the lungs.

During the Autumn Equinox period, crab is a common favorite dish. A New Account of the Tales , a book written in the Northern and Southern Dynasties period (420-589 CE) on the customs of nobles of earlier eras, describes the love of the crustaceans in the Jiangnan region south of the Yangtze River: “With crab claw in one hand, and a goblet in the other, one achieves the climax of one’s lifetime accompanied by wine.” 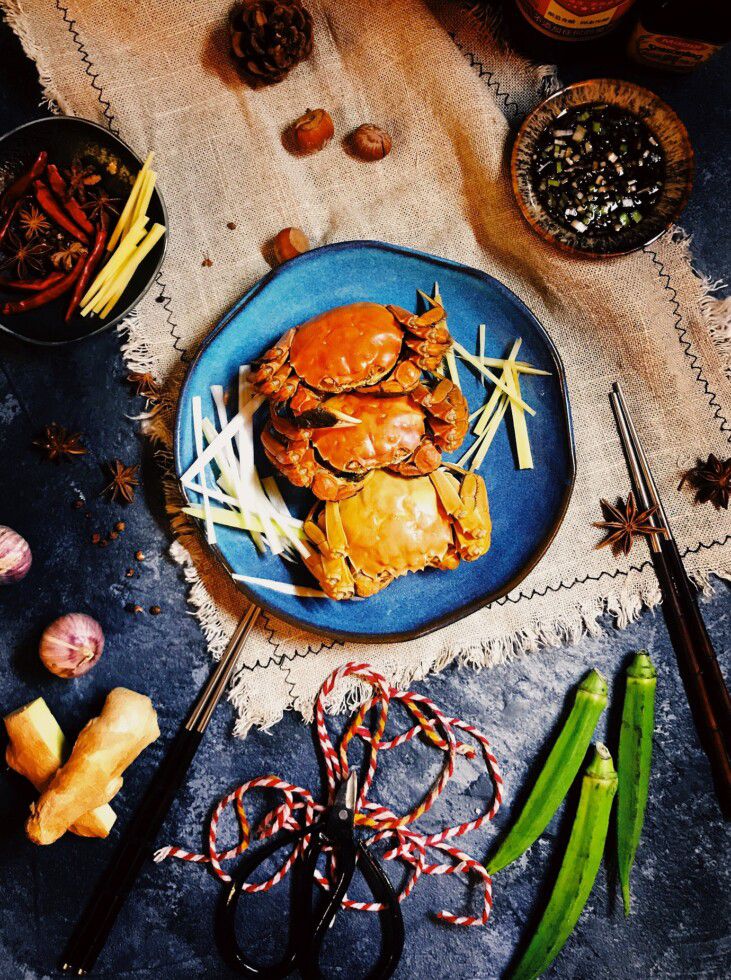 Crab with seasonings on the table

However, the crab is considered a “cold” food in Chinese medicine, and its seasonings are often spicy, so it should only be eaten in moderation during qiufen. The pear is a popular autumn food due to its succulence. Like a natural mineral water, the juicy fruit is said to clear away the heat and toxins inside the body, purify the heart, generate fluids and benefit the lungs. Other favorable foods of the season include sesame, snow fungus, and persimmon.

Since the Zhou dynasty (1046 — 256 BCE), when Chinese rulers began making sacrifices to the heavens, folklore has indicated that sacrifices are made to the sun in spring and the moon in autumn. “The glyph of the Lunar Palace would be placed in every household, and a human-like rabbit figure on the glyph would be presented with offerings like fruits,” goes a section in A Record on Beijing’s Customs《北京岁华记》, a book from the Ming dynasty (1368 — 1644). In Guangdong province in southern China, a wood-carved deity of moon would be worshiped in this day.

Originally, people also came out to watch the moon on the equinox. However, the moon-watching custom was later moved to the 15th day of the eighth lunar month, today’s Mid-Autumn Festival, to coincide with the full moon. 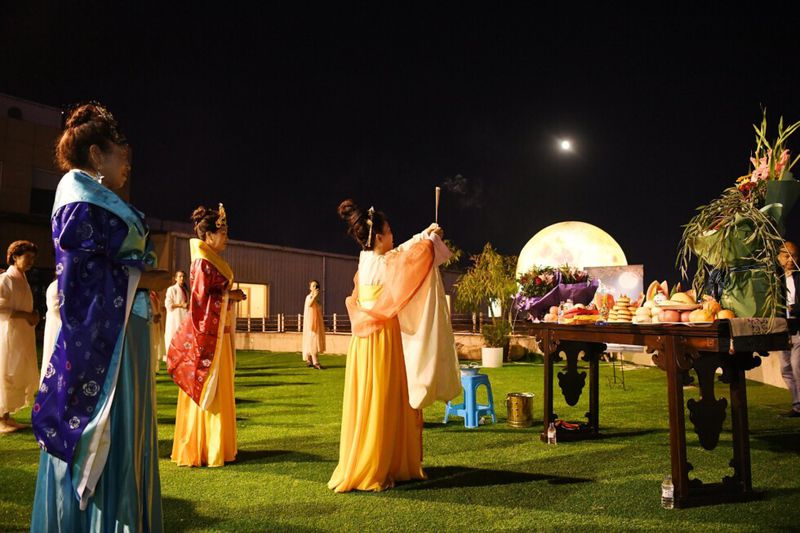 In Guangdong, the Xie clan of Kaiping originated a tradition of eating wild amaranth, or qiucai (秋菜, literally “autumn vegetable”), on the Autumn Equinox. When qiufen approaches, local villagers throng the surrounding countryside to pick the herb to cook with fish. By drinking the fish soup, known as “autumn soup,” villagers believe they can receive a blessing for good health. A local proverb goes, “The organs are clean after tasting the autumn soup, and all the family members are blessed with good health.”

Qiufen also marks a time of celebration for farmers as they harvest their crops. To prevent sparrows from eating the crops, farmers originally pasted glutinous rice balls (tangyuan) on bamboo rods in the fields in order to stick the sparrows’ beaks. This rather gruesome custom has been transmuted into a tamer tradition in the rural regions, where many families take the day off and eat the rice balls themselves in wish of a good harvest next year.

All photos from VCG Seasonal phrases for Lichun, the traditional start of spring