Blood consecrates the ritual. When the Bo (僰) people of southwestern China honor their forebears, blood is used not just as an offering for the deceased, but as a symbol of their ancestral bond—and a reminder of the violence that had nearly severed it.

Officially classified under the Yi ethnicity, the 7,000 Bo of Qiubei county, Yunnan province, claim to be the last descendants of an ancient people who may have been exterminated in the 16th century. First recorded in today’s Sichuan province over 3,000 years ago, the Bo were successful merchants before the Silk Roads existed, and were noted for entombing their deceased in “hanging coffins” on high cliffs facing the sun—as close to the heavens as any mortal could reach. 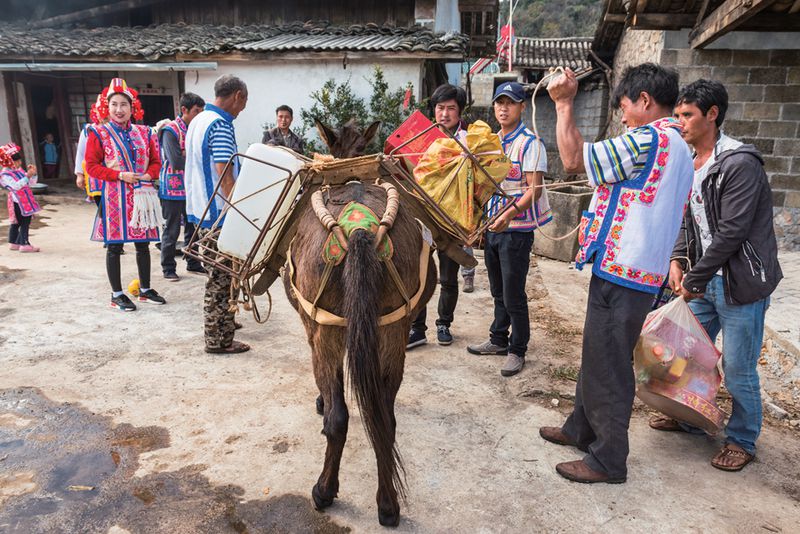 The ancestors’ coffins are never allowed to touch the ground

In 1573, the Ming dynasty (1368 – 1644) waged a savage war against the semi-autonomous “barbarian” states on its frontiers, and the Bo disappeared from the records: They may have been victims of a genocide. Survivors fled south and changed their name, and it was not until the 20th century that anthropologists “rediscovered” them by catching an echo of the ancient Bo in a Qiubei folk song: “Our ancestors are on the cliffs/ Our kings are in the caves/ Our elders are on the altar/ Our friends are at the table.” 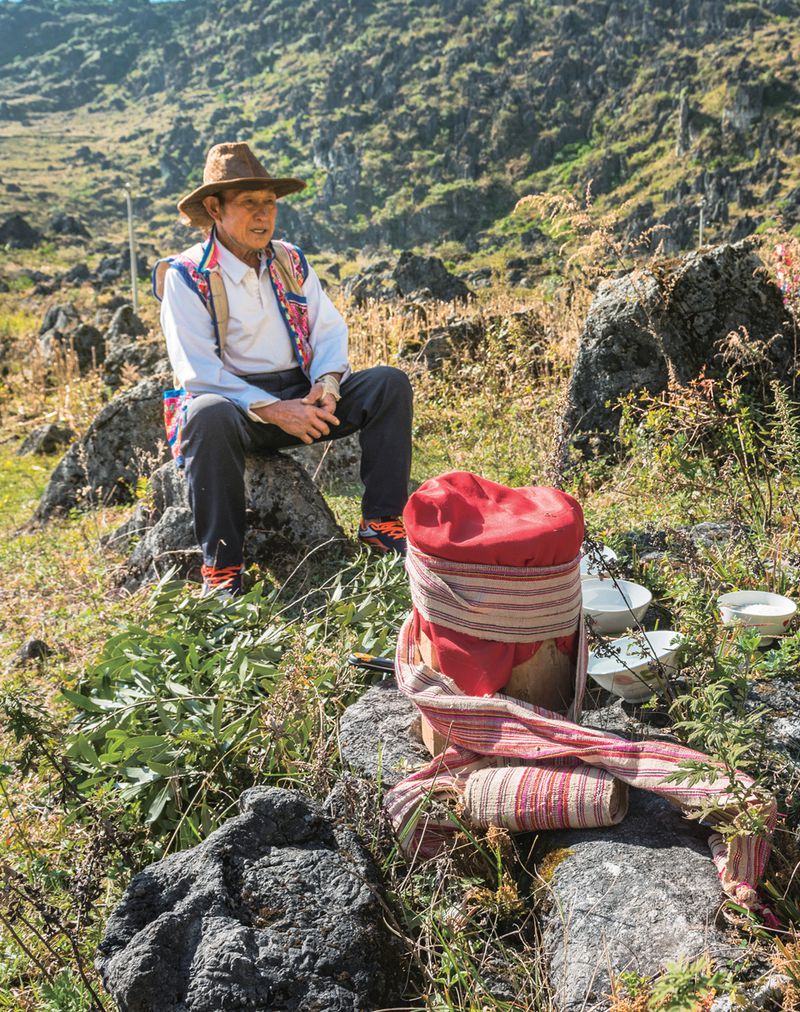 A shaman leads the annual ceremony, which is attended by the clan and family heads 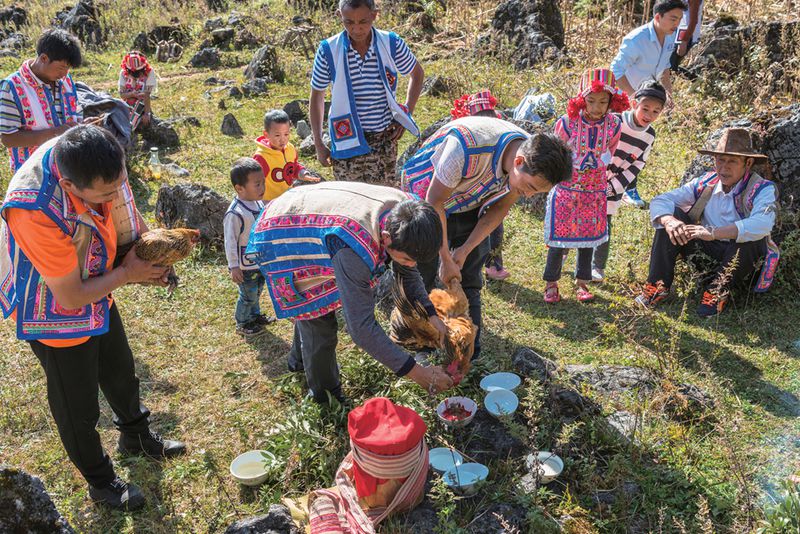 Today, on the tenth month of every lunar year, the Bo people of Qiubei climb the mountain with miniature coffins on their backs. These are filled with copper plates representing the souls of the dead, which their descendants will worship at the summit. The practice likely evolved from the hanging coffins by necessity: instead of leaving the body in the mountain, Bo families take a copper impression of the face of deceased elders, put it in a small coffin with “soul plates” of the rest of the clan, and hide it in a cave nearby. This way, whatever lies ahead—whatever future tragedy might force their people to flee or hide—the Bo can always take their history with them. 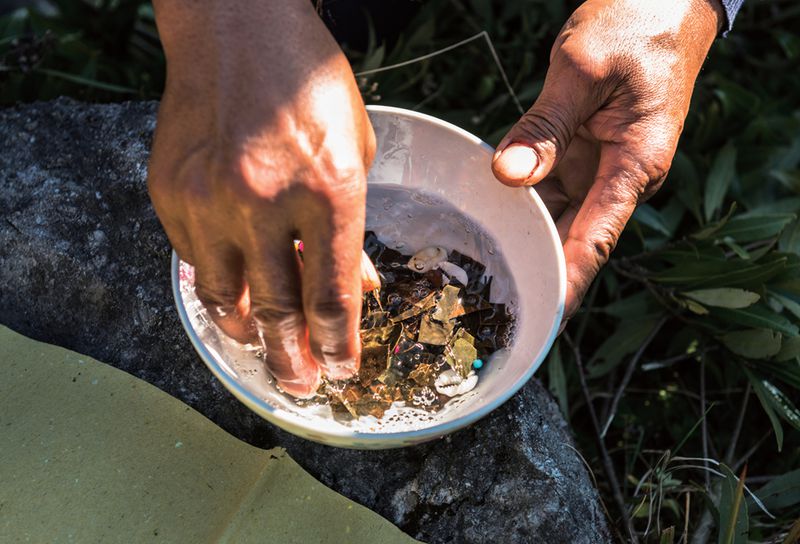 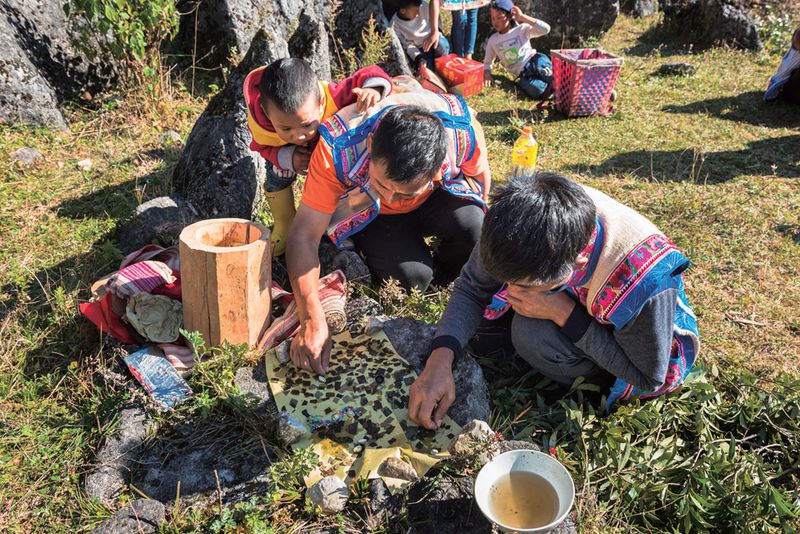 After cleaning, the clan head and family heads count the soul plates 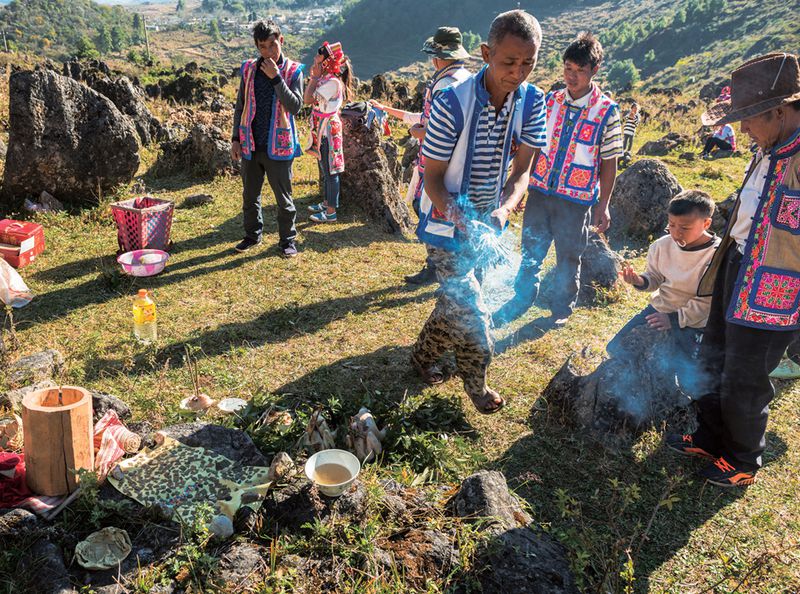 The ceremony reaches its peak when the family heads lights license 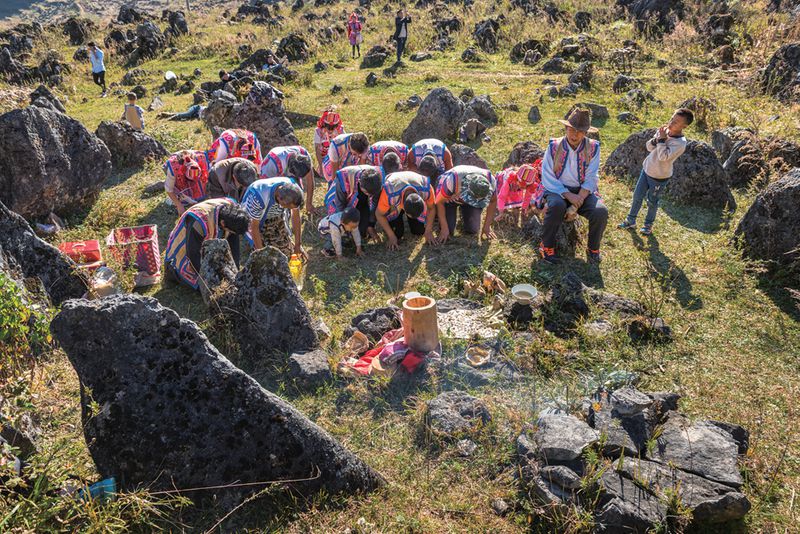 The worshipers kneel as the plates are returned to the coffin 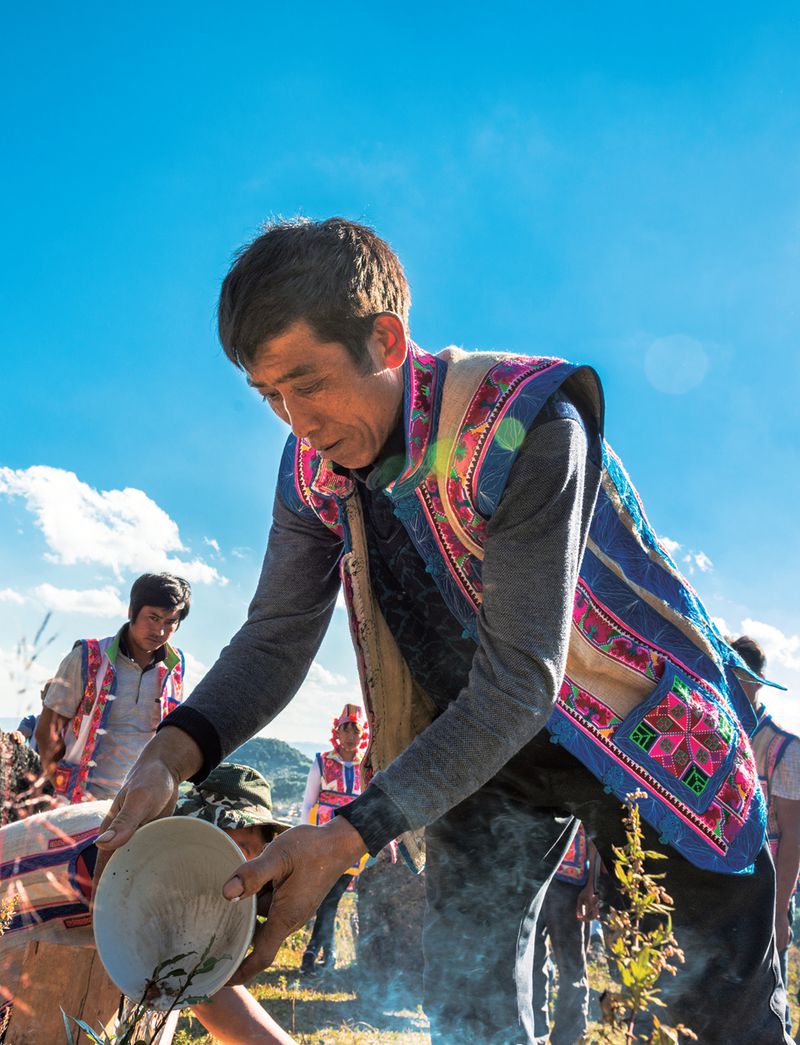 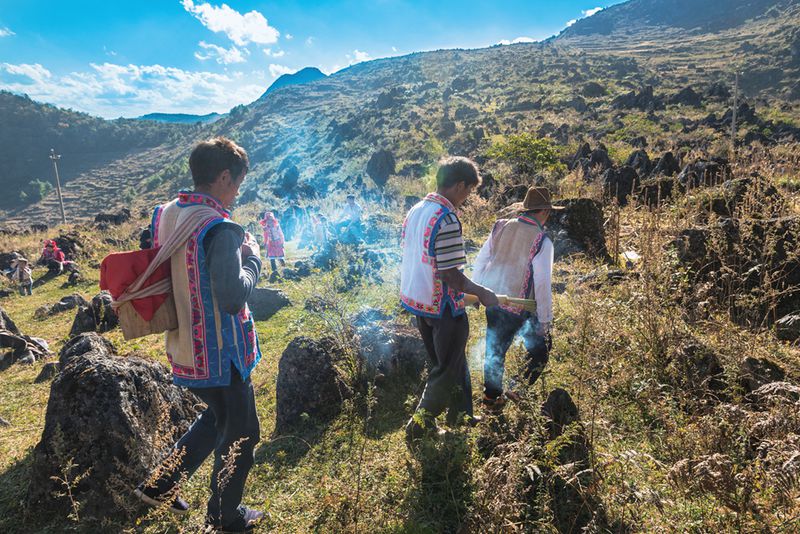 The shaman, clan head, and family heads return the coffins to a secret cave until next year

“Close to Heaven” is a story from our issue, “You and AI”. To read the entire issue, become a subscriber and receive the full magazine. Alternatively, you can purchase the digital version from the iTunes Store. The men who stared down emperors