Spring is here, and people all over China's cities are flooding into parks to appreciate the luxuriant bursts of flowers and plants—and take photos of course—in a popular seasonal activity known as 踏青 (tàqīng), or "stepping on green."

Chinese culture assigns characteristics and meanings to most plants. The four most famous symbolic plants—the plum blossom, orchid, bamboo, and chrysanthemum—are known as the “Four Gentlemen of Flowers (花中四君子)" or “Four Gentlemen of Chinese Painting (国画四君子)” due to their prevalence in traditional painting and poetry. (The peony and lotus, also widely loved, didn't quite make the cut.) Most cities in China also claim an emblematic blossom of their own. Here are four more plants that were especially meaningful in ancient Chinese poetry: 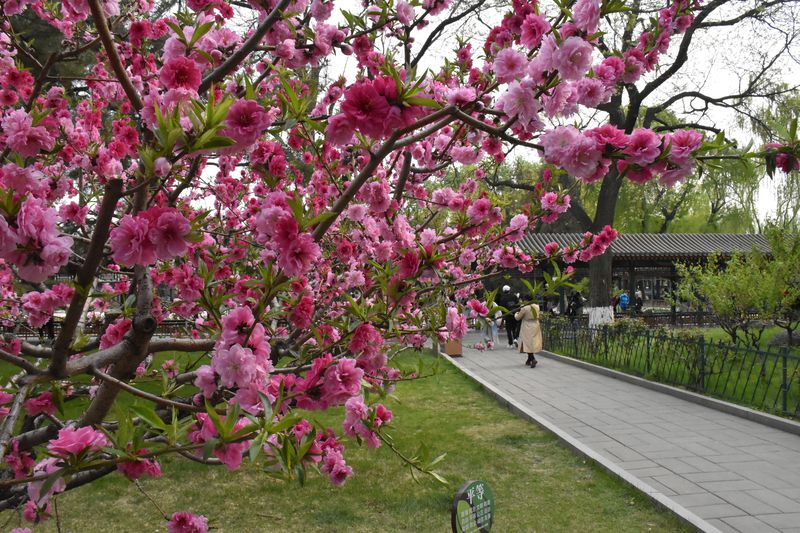 In the Classic of Poetry (《诗经》), China’s oldest collection of songs and poems, a verse called “Peach Blossoms Beam (《桃夭》)” describes a young lady getting married. It goes:

The peach tree beams so red,
How brilliant are its flowers!
The maiden's getting wed,
Good for the nuptial bowers.

The peach tree beams so red,
How abundant its fruit!
The maiden's getting wed,
Good as family's root.

The peach tree beams so red,
Its leaves are manifold.
The maiden's getting wed,
Good for the whole household.

Since then, peach blossom has been associated with the beauty and romance of young girls. In the Tang dynasty (618 – 907), poet Cui Hu (崔护) also invoked the peach blossom to describe a romantic encounter with a beautiful girl：

On this same day last year within this door,
A comely face and peach blooms together did glow.
She I’ve admired has gone I know not where,
The peach blooms are smiling still in the breeze to blow.

In modern Chinese, “peach blossom” (桃花, táohuā) has also come to refer to "affairs in love." For example, if you say that someone “has peach blossom luck (走桃花运 zǒu táohuāyùn)”, it means they are lucky in love, maybe having multiple suitors at the same time. 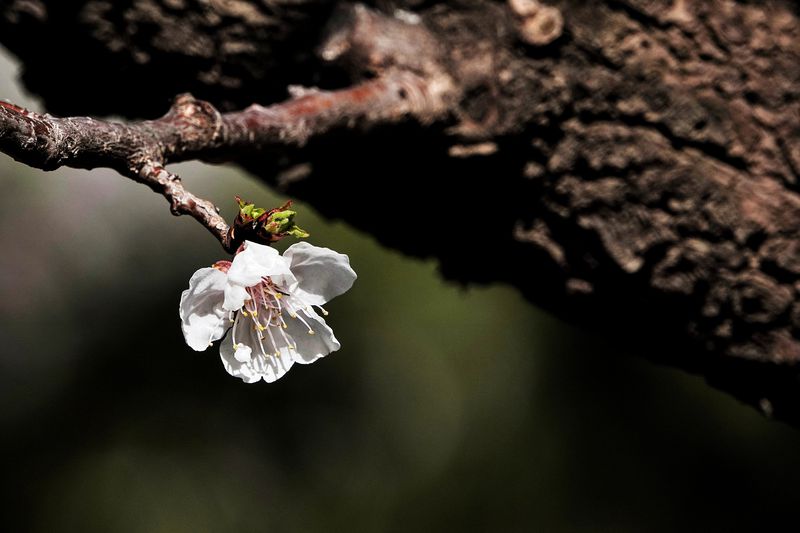 Apricot trees often bloom early in spring, and have bright colors. Thus, many people believe that apricot blossoms mark the start of spring and symbolize the golden youth of life.

Song Qi (宋祁), a famous poet of the Song dynasty (960 – 1279), wrote a verse for the apricot flower that goes: “Beyond green willows the morning chill is growing mild, on pink apricot branches spring is running wild (绿杨阴外晓寒轻，红杏枝头春意闹).” One of the best-known lines on the apricot flower in Chinese literature, it associates the flower with the happiness of springtime.

However, apricot flowers wither early as well. Its short bloom often causes poets to lament the fleetingness of youth and happiness. Even Song Qi's poem was no exception—the rest of it goes:

In our floating life, scarce are pleasures we seek after,
How can we value gold above a hearty laughter?
I raise wine cup to ask the slanting sun to stay,
And leave among the flowers its departing ray.

The Tang dynasty's Ye Shaoweng (叶绍翁) wrote another poem, “On Visiting a Garden, When Its Master is Absent (《游园不值》),” which gave the apricot flower a rather different reputation. The last two sentences go :

The color of the spring fill the garden but cannot be contained,
For one spray of red apricot blossom peeps out from the wall.

The poet Ye probably never intended for these two lines to create a symbolic link between the red apricot flower and a woman cheating on her husband, but that is impression his poem created. It was even summarized into a four-character idiom (chengyu), “A red apricot flower stretching over the garden wall (红杏出墙 hóngxìng-chūqiáng),” meaning either unfaithfulness to one's spouse or having a well-known reputation. 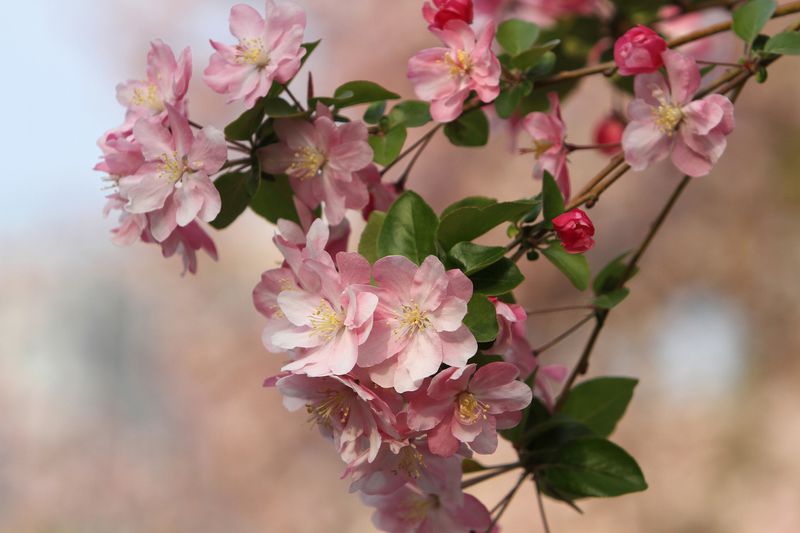 It is said that the 20th century Chinese writer Eileen Chang (张爱玲) kept a list of things that disappointed her in life: fish that had too many bones, crabapple blossoms that had no any fragrance, and that the author of Dream of the Red Chamber left the classic novel unfinished when he died.

But unlike Chang, ancient Chinese loved the crab-apple blossom precisely because it had no smell. Also known as Chinese flowering apple or the haitang flower (海棠花, hǎitáng huā), the flower symbolized modesty and detachment from material success.

In the Jin dynasty (1115 – 1234), poet Yuan Haowen (元好问) once saw some budding crab-apple blossom and wrote a poem about it to show to his children. The last two lines went:

Cherishing its own heart and refusing to blossom casually;
Just let the peach and plum flowers to display in the spring breeze;

It’s believed Yuan was trying to teach his children to keep their integrity and hold themselves aloof from the world. Apart from those lovely flowers blooming in spring, ancient Chinese also placed high value on plants that can survive the cold seasons. Like the plum blossom, the chrysanthemum, and the bamboo, the pine tree is one of the most beloved plants in Chinese culture. Since the evergreen pine can survive the coldness of the winter, and always stands straight against the wind and snow, people endow it with lofty ideals of unswerving determination.

In The Analects, Confucius said: “Only in the cold winter does one know that the pine and the cypress are the last to shed their leaves. (岁寒，然后知松柏之后凋也。)” It means that a harsh environment can test whether a person has a strong mind, perseverance, and a noble character.

In literature and ancient culture, pine, bamboo, and plum blossoms are collectively known as “Three Companions of the Winter (岁寒三友).”