“Will you come see me if you have the time? See how snow can grow old, how my eyes melt,” croons Leon in his viral 2020 song “Mohe Dance Hall,” allegedly based on real people the Xinjiang-born singer-songwriter encountered in Mohe, China’s northernmost city. The melancholy ballad about lost love is set in a frozen landscape time seemingly forgot, and brought everyday life in China’s northeastern region under the spotlight.

Though it’s located just 45 degrees north of the equator—the same latitude as New York and Milan—China’s Northeast, also known as Dongbei or Manchuria, has an unusually frigid climate, with temperatures frequently reaching minus-20 degrees Celsius in winter. The Northeast was sparsely settled throughout Chinese history: Even the Manchu rulers of the Qing dynasty (1616 – 1911), who hailed from the Northeast, promptly abandoned their ancestral homeland and moved down south to Beijing soon after founding their empire.

Still, for centuries, people have managed to thrive in these extreme conditions—from the farmers migrating north in search of a better life in the 19th century, to workers of state-owned factories driving Dongbei’s industrial boom in the mid-20th century. The three provinces of the Northeast—Liaoning, Jilin, and Heilongjiang—are home to 98.5 million people, though this number is decreasing as the region’s logging and industry-based economy declines.

This past winter, the Northeast saw a coal shortage and some of the heaviest snowfalls in 116 years. These photos, taken from a variety of northeastern communities, show how locals match their resourcefulness against the weather. From making natural delicacies by freezing fruits in snow, to improvising sleds to traverse the snowy ground, it’s not surprising that generations of Northeasterners have managed to survive anything nature throws at them—all with their trademark humor and hospitality. 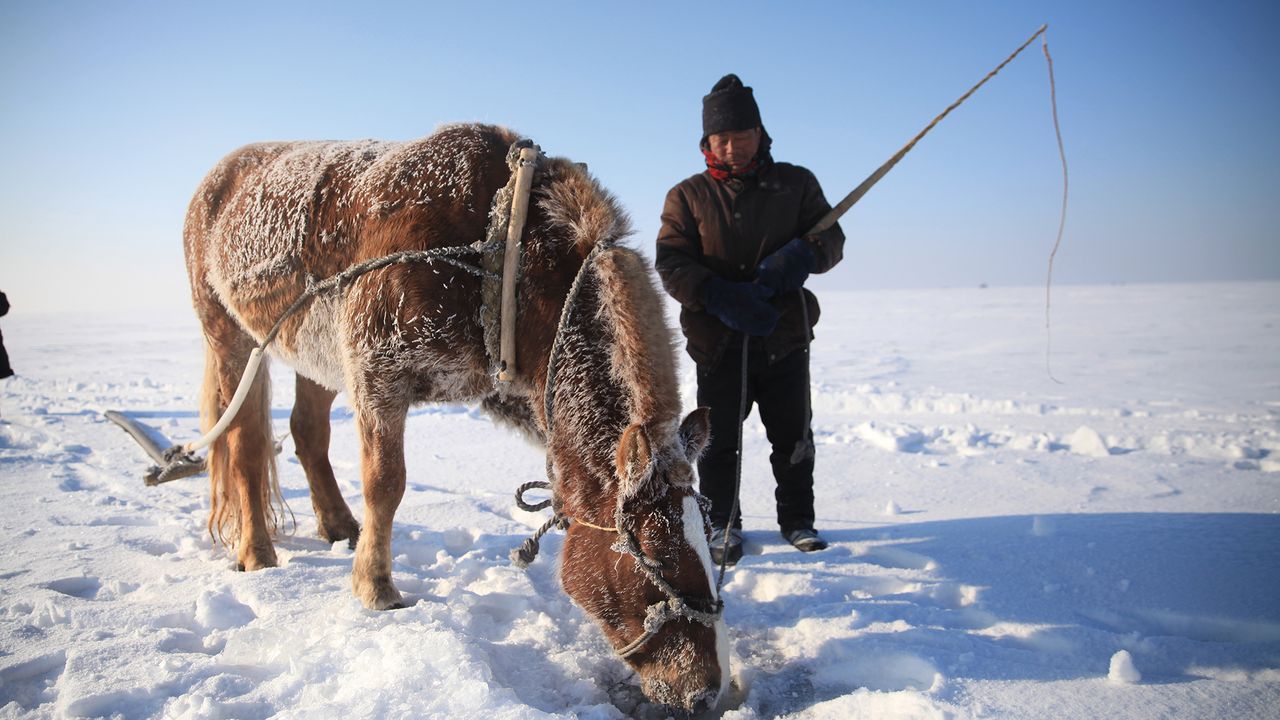 An ice-fisher and his horse take a rest from winter fishing on Chagan Lake, Jilin 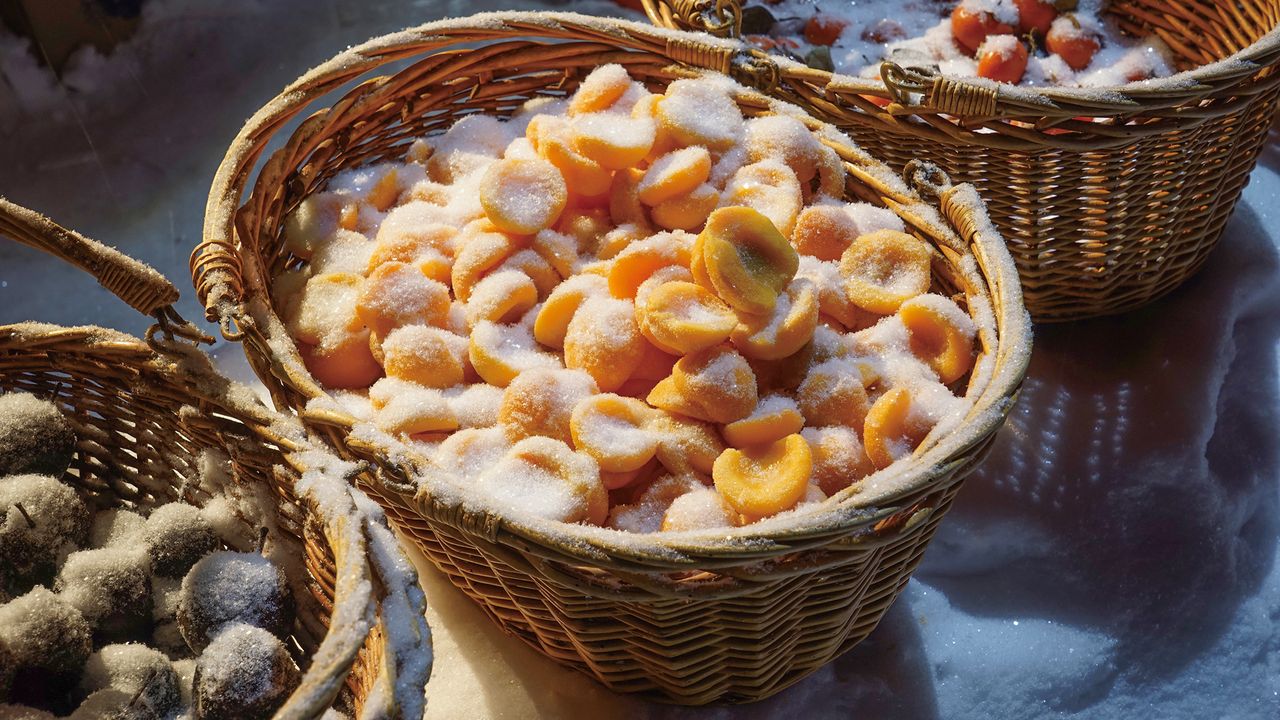 Frozen pears, persimmons, and other fruits are stored outdoors in villages in the Northeast 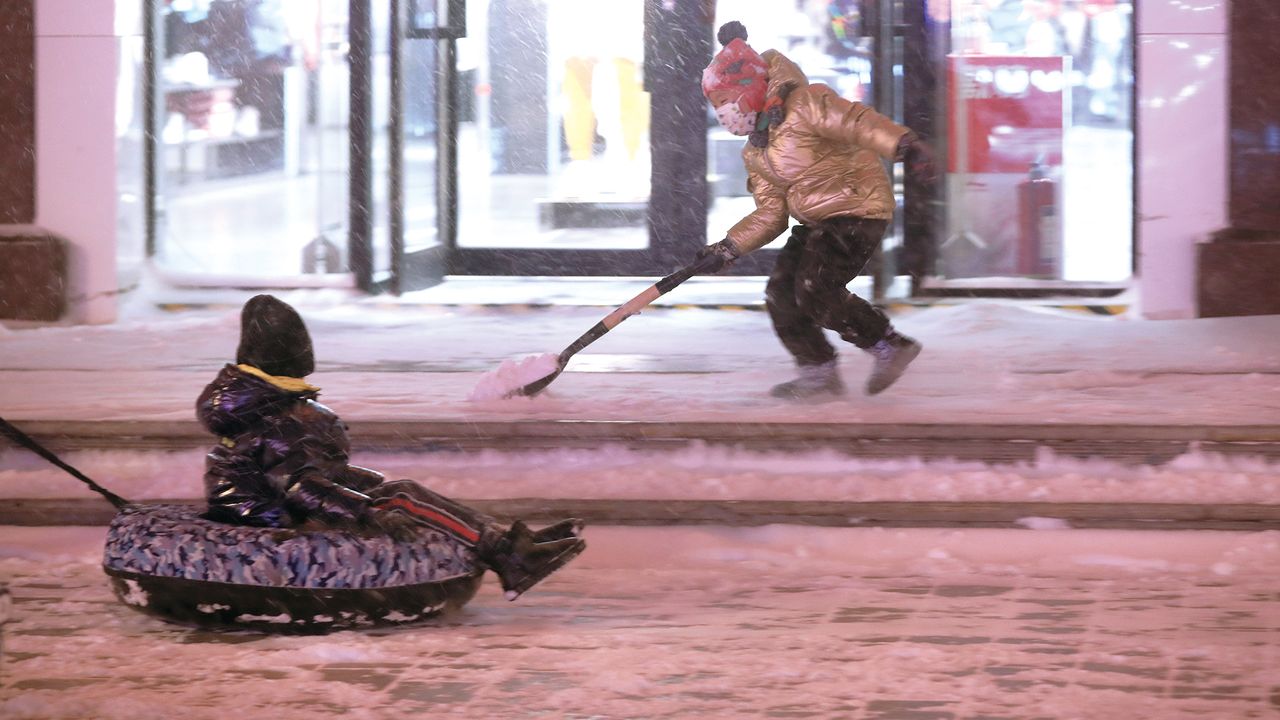 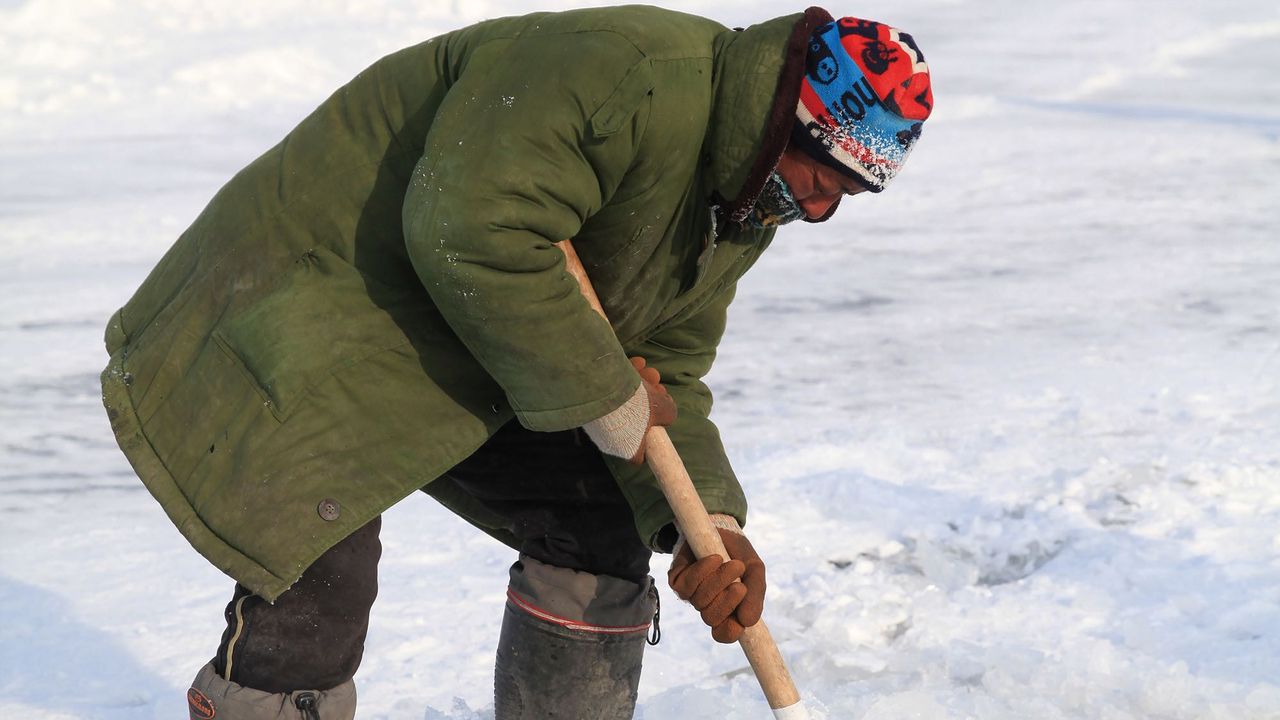 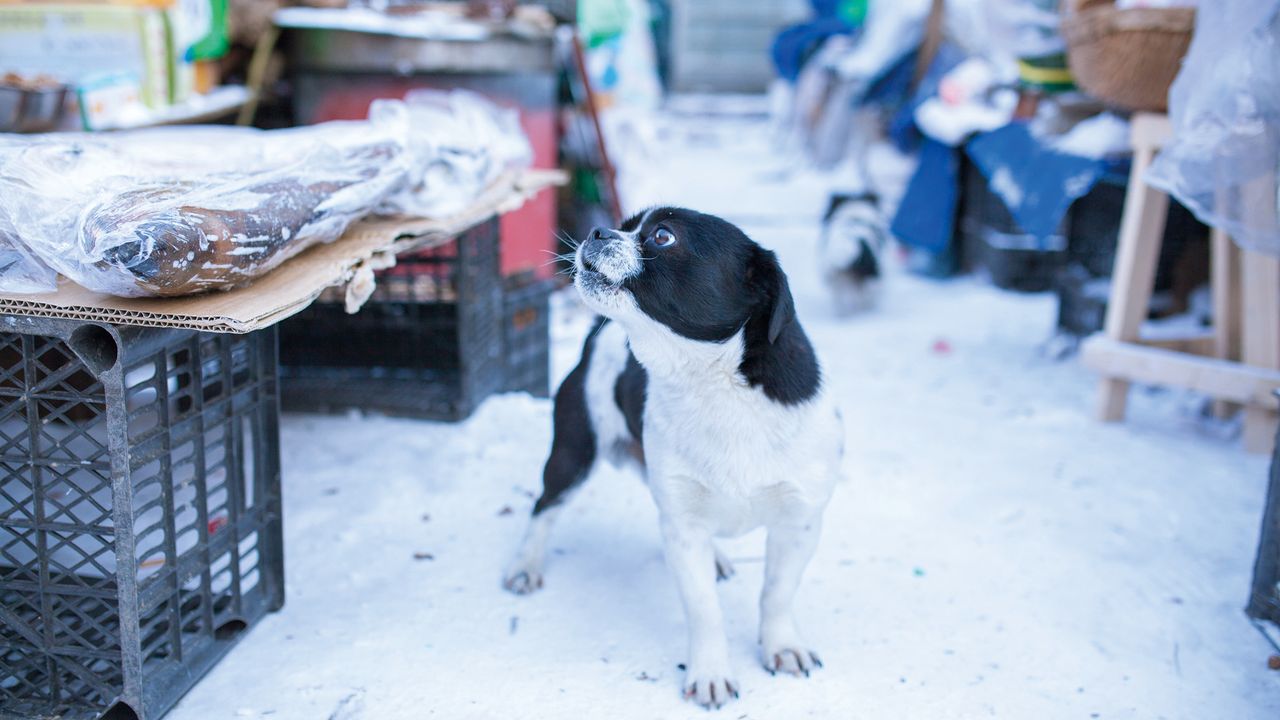 A dog surveys the frozen fish at an outdoor market in Jiamusi, Heilongjiang 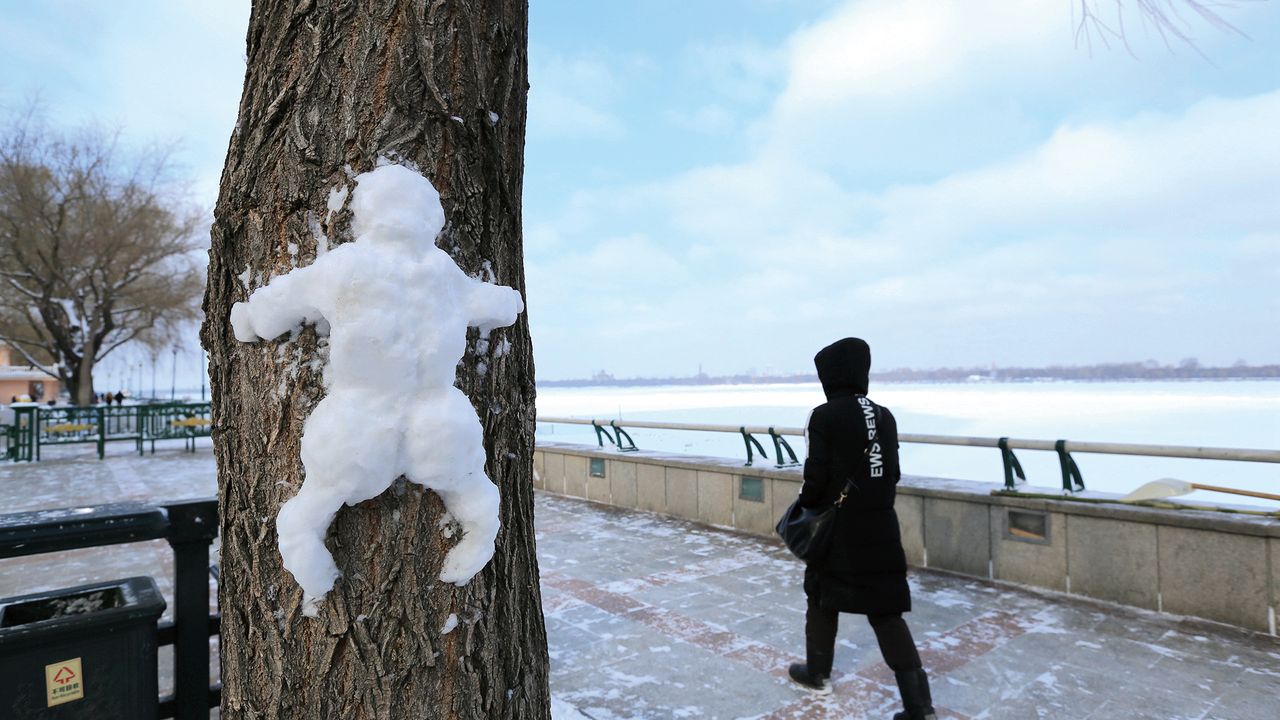 Residents get creative with snow after a blizzard in Harbin, Heilongjiang 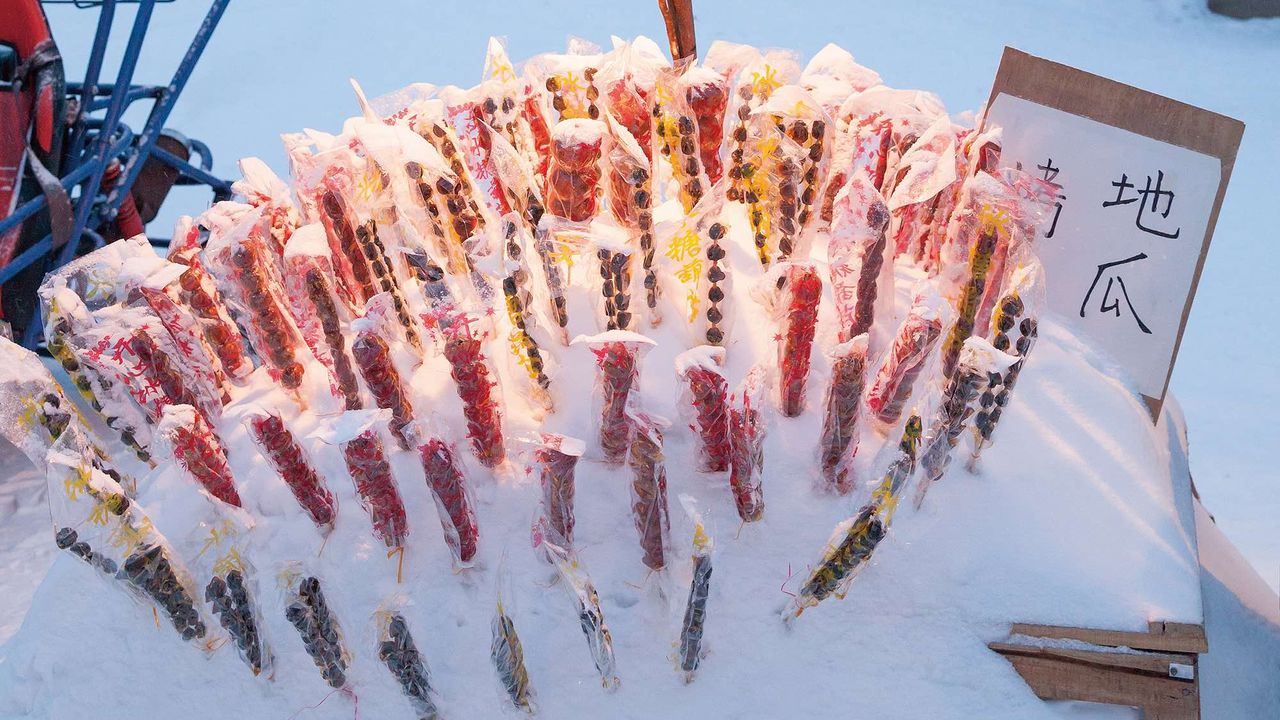 Candied haw-berry sticks, made with caramelized sugar naturally hardened in the cold, is a specialty of the Northeast Mohe, Heilongjiang, calls itself the northernmost village in China

It’s Snow Time: Winter in China’s Northeast is a story from our issue, “Sports for All.” To read the entire issue, become a subscriber and receive the full magazine. Alternatively, you can purchase the digital version from the App Store.