Children take center stage in Guangdong’s “floating colors” ceremony, which celebrates the God of Wealth and other festivities during the Lunar New Year

The Lunar New Year isn’t just New Year’s Eve (除夕) and New Year’s Day: Probably the third-most important day of the entire festival season is the fifth day of the first lunar month, observed in much of southern China as the day for worshiping the God of Wealth—and in Guangdong, the southern province that retains many of China’s most ancient folk traditions, children play an important role in the celebrations.

Piaose (飘色, literally “floating colors”), a type of performance that combines acrobatics, music, opera, and dance, originated as a worship ritual in the Central Plains and is still an important tradition during major folk holidays in the Pearl River Delta region today. Its most characteristic element is the use of child performers who, after receiving special training, stand on camouflaged platforms and stilts so that they seem to float in midair: giving a whole new meaning to the concept of a parade ”float.” These pint-sized acrobats are typically aged three to five years old, and may be hoisted up to eight meters above ground by adult performers who parade them across town, while they act out scenes from operas or greet passersby in the role of gods and legendary figures.

Huang Ruide, one of Guangdong’s most prolific photographers of folk culture, shot the following series of photos in 2014 when Beishui village of Xingtan town, Shunde, put on its annual piaose parade to celebrate the festival of the God of Wealth. Compared to many modern editions of the parade, which he believes have become overly professionalized with great emphasis on height, Huang feels that Xingtan’s piaose is both literally and figuratively more down-to-earth. Here, children act out scenes from operas and legends from a small mobile stage, close enough to the ground to interact with villagers as they are paraded by—and near enough for their parents to make sure they’re comfortable or offer snacks for a quick break throughout the ceremony. 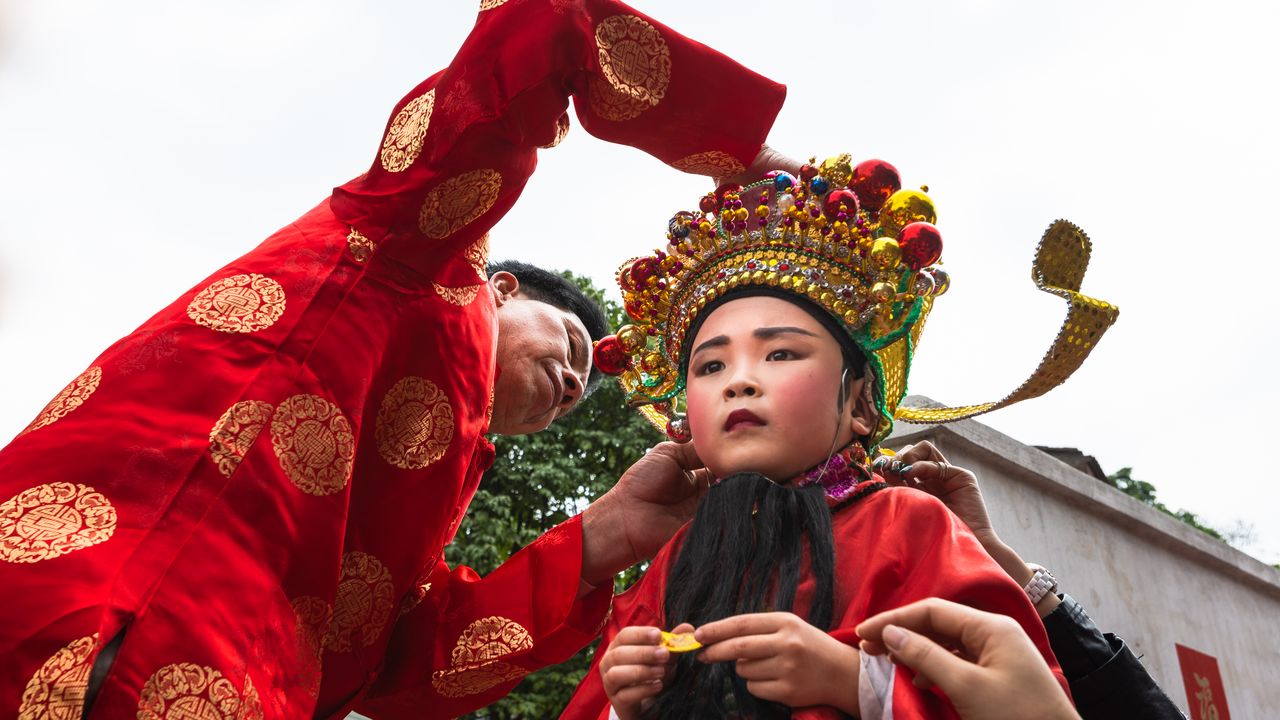 A makeup artist prepares a pint-sized performer for the most important role of all: the God of Wealth himself

Sitting on the floating stage might not be the most comfortable, but it undoubtedly offers the best vantage point 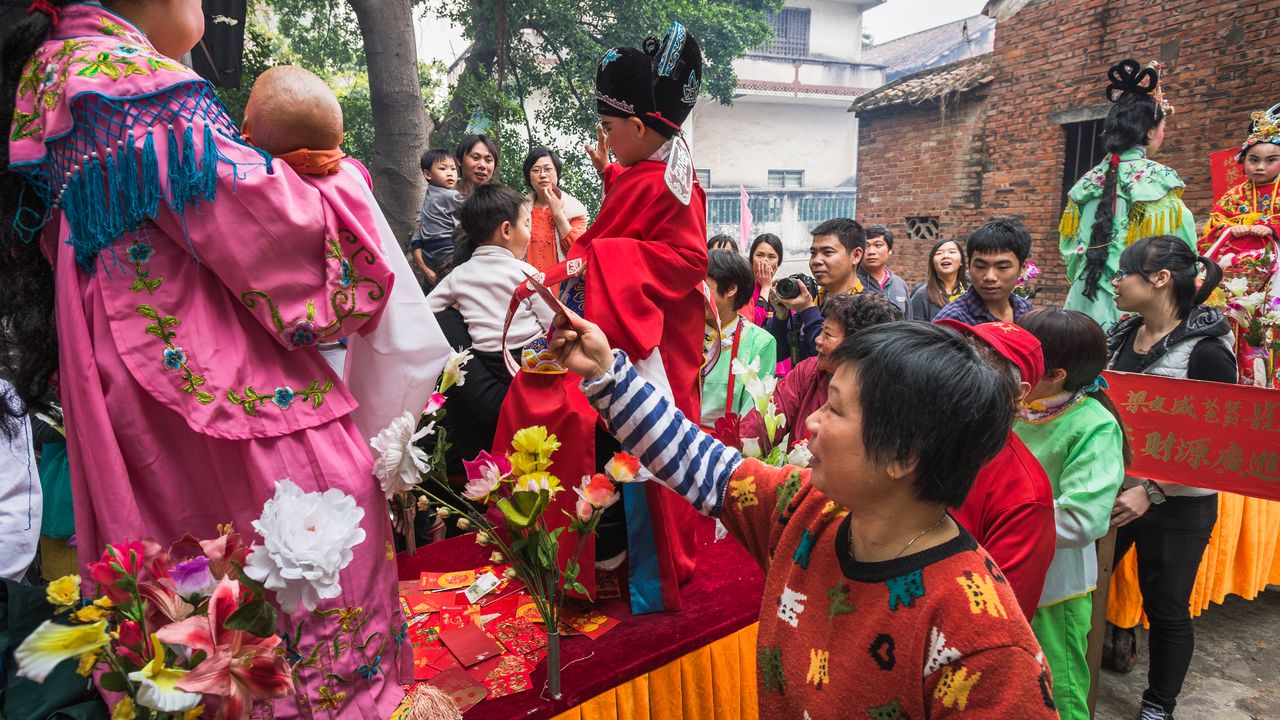 Besides the God of Wealth, the most popular role is the “Child-Giving Goddess (送子娘娘),” who blesses families with healthy babies. Here, villagers throng to give “red envelopes” of cash to the performer to ask for the goddess’ aid. Families living on the parade route get a front row seat to the pageantry, and make sure to catch a glimpse of the God of Wealth as he passes by

In addition to piaose, Shunde, today a district under Foshan city, is famous for being the ancestral home of Bruce Lee and for its lion dancing tradition. Accordingly, many other folk arts also make an appearance at the festival of the God of Wealth, following right after the parade. “This was the first time I ever tried to shoot a folk celebration from start to finish, and many things went wrong; I even missed the end of the performance,” Huang tells TWOC of this project. “Its only value is that it’s ‘primitive,’ so I leave the photos for you to judge.” The heads of the village remove the statue of the Northern Emperor, one of the major gods of the Daoist pantheon, after he is worshiped 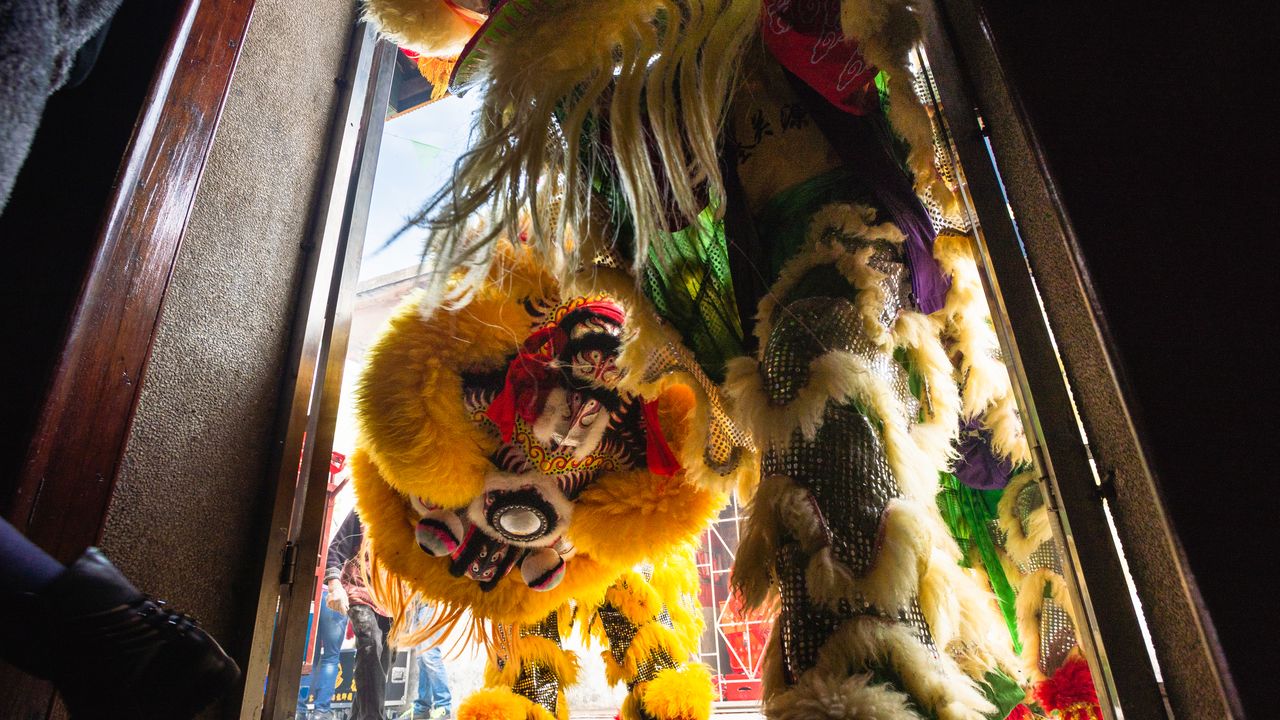 One of the dancing lions’ first stops in the parade is the temple, so they can worship the gods. They will also stop by local businesses to distribute their blessings. 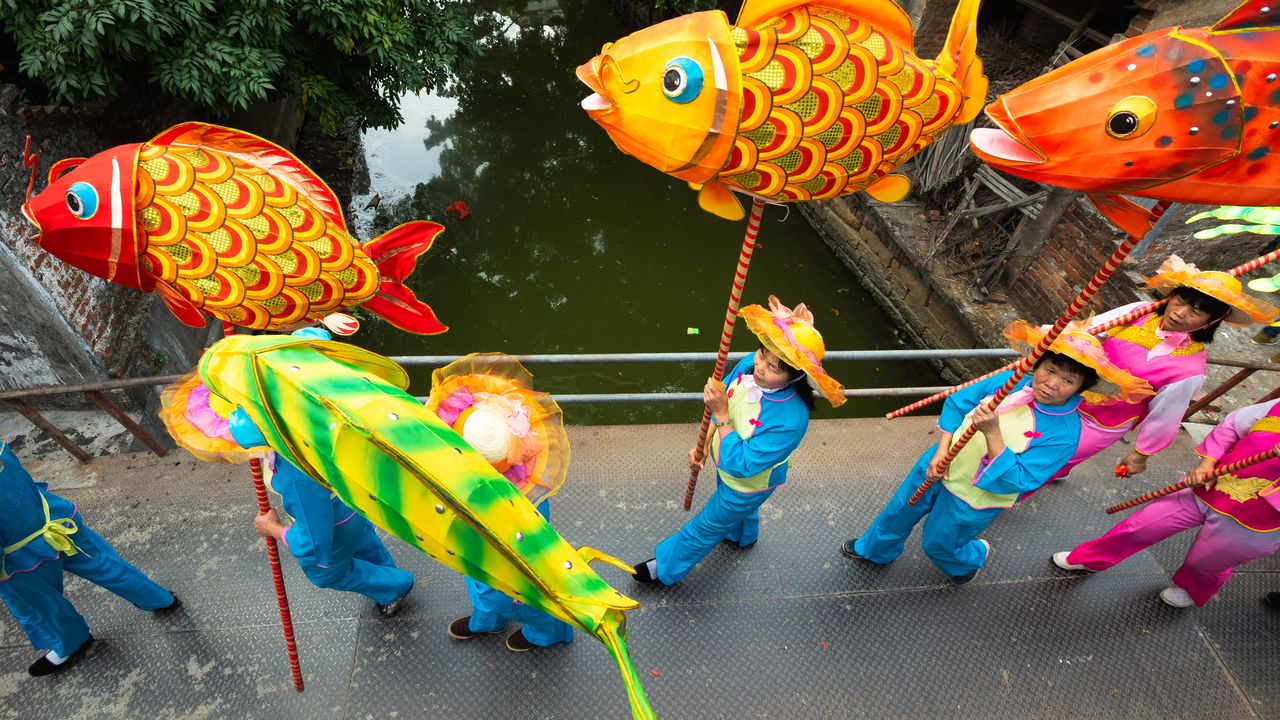 Once the gods have walked by, it’s time for the parade of fish. Fish are considered auspicious animals because the character 鱼 (yú) is pronounced the same as “surplus (余),” making them popular totems for the Lunar New Year. 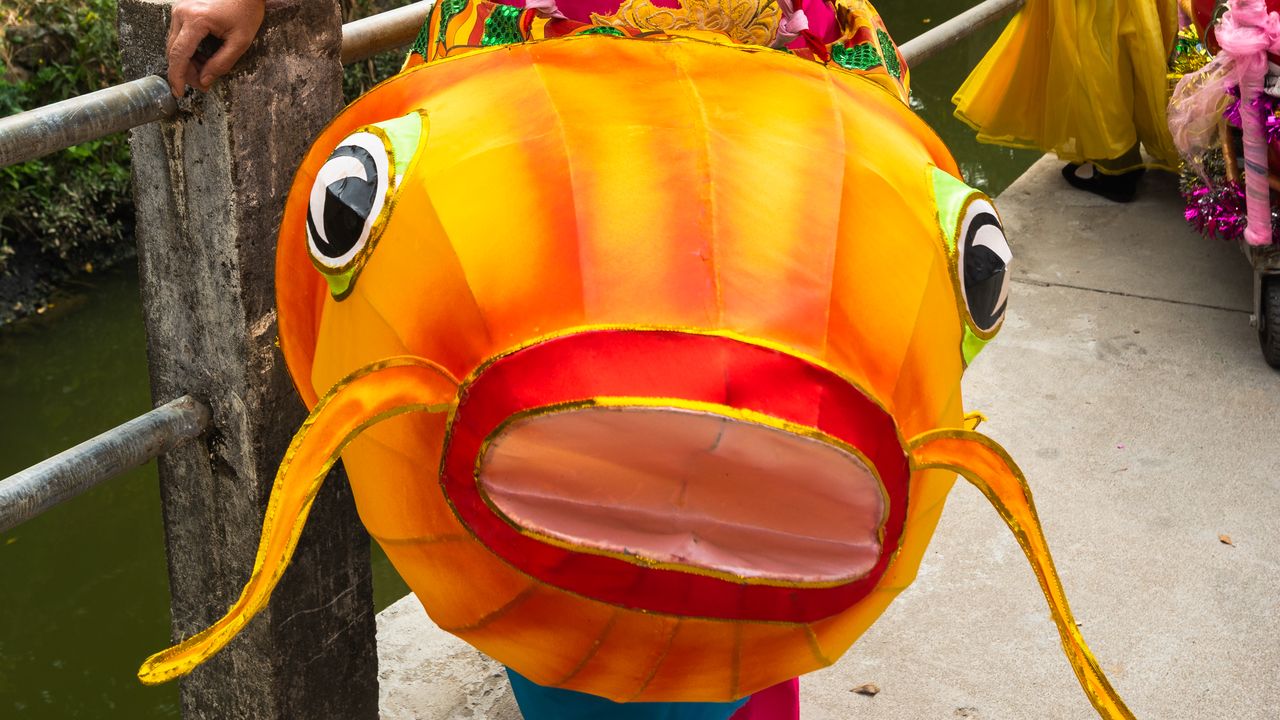 While children are the stars of the parade of gods, the fish are usually played by middle-aged and elderly women The Cantonese lion dance is one of the most famous lion dance traditions in China, characterized by the ”lions” performing gravity-defying acrobatics with a playful attitude Greet the Lunar New Year with a Gen Z Twist