While American audiences enjoy another Golden Age of television, Chinese viewers are having a harder time of it. The ratings on our own version of IMDB, Douban, don’t lie: Chinese mainstream TV, never the best, can be only described as terrible lately.

Not long after we reported on the disappointing second season of Ode to Joy (5.2 on Douban), Hunan TV’s campus romance drama, Rush to the Dead Summer, proved there was plenty more room at the bottom, scoring 4.4. Then, another romance, Dongfang TV’s My Ruby My Blood, got 4.1. The only thing that saves A Lifetime Love, a mythological story set in some remote age, with a score of 3.4, from getting completely trashed was the utterly banal, pandering tripe that is the remake of Midnight Diner, currently basking in a 2.6 rating.

Having aired weekly since June 12, A Lifetime Love is about a young hero living in a deep forest who falls in love with an interesting young lady. The online synopsis of this story of love (and sometimes, hate) is so full of clichés that it writes itself. Family responsibilities force the girl to marry a man she doesn’t love—but her true love couldn’t bear to give her up! Then the girl has an accident…and loses her memory. Eventually, her true love heals her and they decided to spend the remainder of their lives together. Alas, the girl falls into danger again, and her lover finally sacrifices his own life to save her. Crying? Or just bored to tears?

Since the story is set in a mythological era, many special effects are used. Indeed, the producers initially claimed that they would employ the “most advanced special effects” to create the show’s mythical beasts in the show. Here’s what they look like: Yes, we can tell some very “special” effects have been used. So much so, we can’t tell it’s a live-action series or just a poorly produced Playstation cutscene.

And the background scenery? 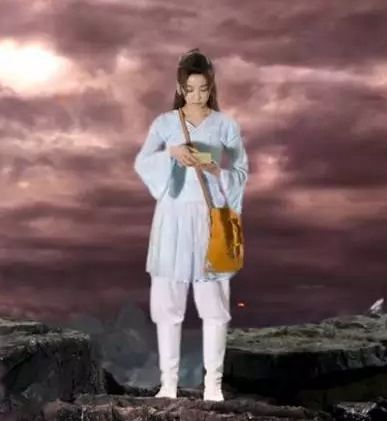 Maybe the SFX folks were confused as to whether they were supposed to to make the mountains, rivers, rocks, flowers, and trees look “mythological” or “fake.” Oh, and here’s the first shot we ever see of the hero. Convince me that that’s not a cartoon Tarzan without his vine. 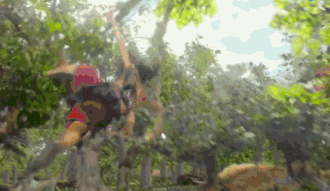 But the green-screen effects aren’t even the worst part. Take a look at what’s going on in the foreground. 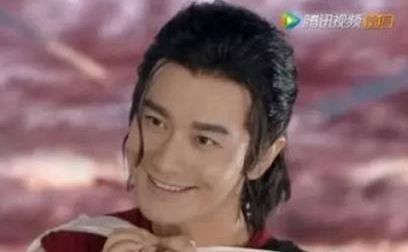 Man and woman having emotions:

Now, their acting skills might just be an issue of limited ability (and we all know how much attention casting agents pay attention to skill, compared to looks), but unprofessionalism is something audience can’t forgive. Song Qian, the lead actress, was reportedly caught chewing gum when filming. Her agents denied this, saying it was not a gum but a porcelain tooth. Decide for yourself: 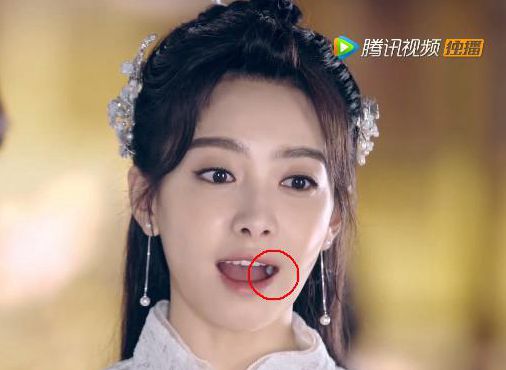 By now, 18 episodes of the show have been released and there are still 42 more to suffer through. There’s no information on what kind of people are watching this show, but the lack of a bottom-barrel rating makes us believe it’s those who’d been deeply cut by Midnight Diner and are looking for punishment of a different kind. Can it get any worse for Chinese TV? Stay tuned…