PC or mobile, young or old, male or female: China is a nation of gamers. Every day, the country’s estimated 517 million gamers snatch back seconds from their busy lives to tap, swipe, click and type. Together they have built an industry worth 165.57 billion yuan a year ($24.24 billion)—but which games do they actually play? According to Weibo and Baidu Tieba, these are the seven most popular games of recent years. 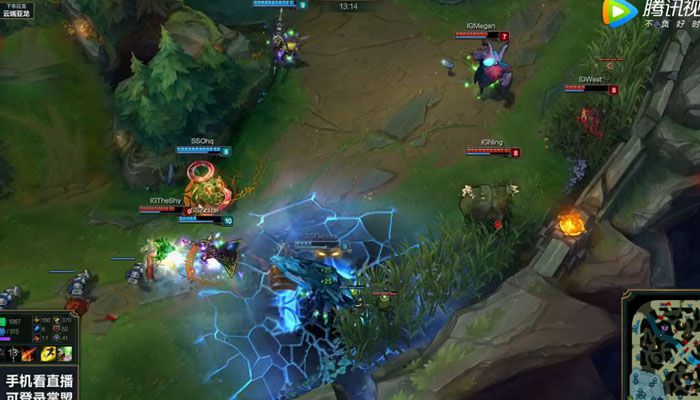 Tencent-owned Riot Games’ hit multiplayer game claims an unsurprising first place; indeed it’s hard to find a record that the cultural phenomenon hasn’t broken. The MOBA is almost an industry in its own right, supported by a nascent but rapidly-maturing infrastructure that has everything from professional e-athletes and teams who live and work in purpose-built ‘gaming houses’ to big name sponsors like Pepsi and Red Bull, and even fantasy leagues. Fans can watch their favourite players and teams on streaming websites as they play in the domestic League of Legends Pro League for a chance to compete in the World Championship which this year, its 7th season, is coming to China with the grand final being staged in Beijing’s Bird Nest stadium in December. 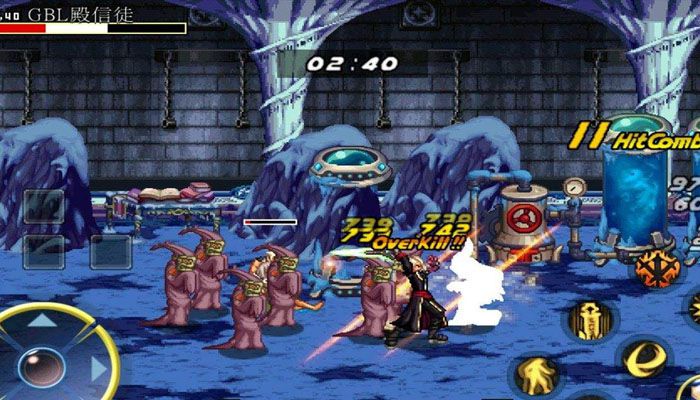 First released on the mainland in 2007 by Tencent, this 2005 Korean side-scrolling beat ‘em up defined China’s late noughties online gaming scene. Players could join guilds to battle hordes of monsters together or fight each other in PvP (player versus player) Arenas. Although the game’s two sequels failed to reach the levels of popularity enjoyed by the original as the playerbase has shrunk in recent years, Tencent extended their publishing license for the game by ten years in 2016. At the same time, it was announced that the Chinese version of the game brought in 87.6% of developer Neople’s total revenue in 2015, proving the game still has a hardcore fanbase and cementing its place in China’s gaming history. 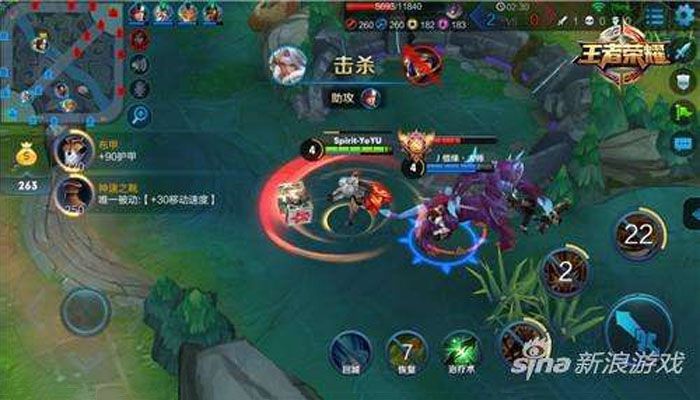 The next person you see frantically tapping away at their phone on the subway is probably playing Kings of Glory. Indeed China’s most popular mobile game is essentially League of Legends Lite – players’ champions, abilities and tactics are almost identical. With an active playerbase of over 50 million on the mainland (that’s more than double the population of Taiwan), the game has almost singlehandedly kick started a shift towards mobile gaming. 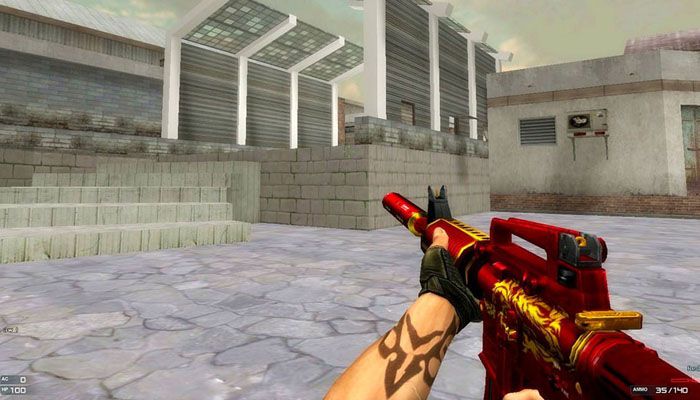 Chinese gamers share a passion with the rest of the world in Crossfire – it is the world’s most played and country’s most popular FPS game. The game, developed by Korean company Smile Gate and which boasts over 650 million players worldwide, was released on the mainland through Tencent in 2008. Players assume the role of mercenaries working for the eternally-embattled ‘Black List’ (保卫者) and ‘Global Risk’ (潜伏者) corporations in a variety 8v8 scenario-based game modes on maps spread across the globe. 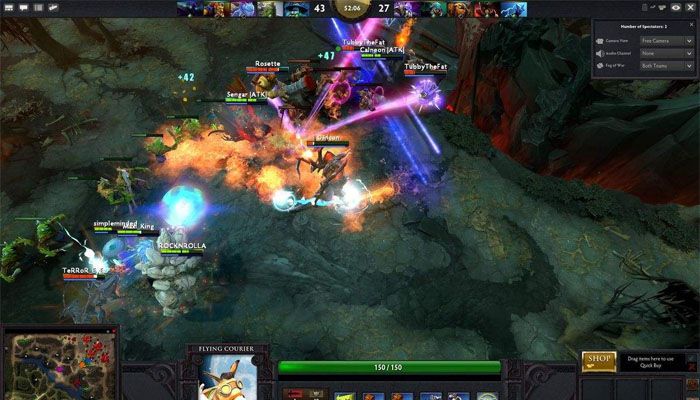 Valve’s flagship game takes its name from a hugely popular mod for Blizzard’s 2002 smash hit Warcraft 3. Another MOBA, the genre’s ubiquitous popularity is unquestionable, claiming three of the top five biggest games in China. It’s easy to see why Chinese gamers are such big fans: their pros are dab hands at the game. Last year, Chinese team Wings Gaming were crowned champions at the year’s biggest DotA tournament, The International 2016, winning $9.1 million in prize money. Each player took $1.87 million home, or more than Danny Willett got for winning the 2016 Masters – e-sports is big business. 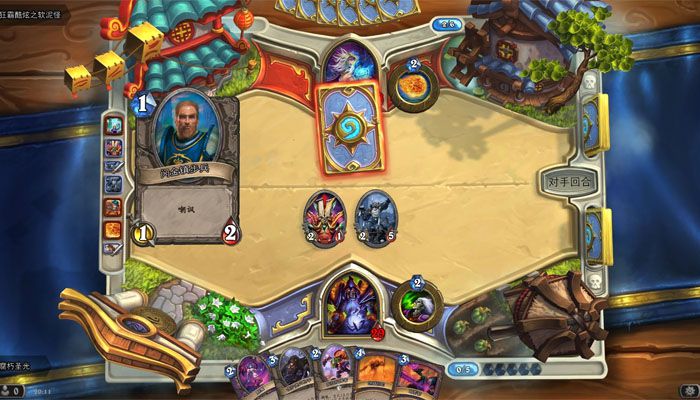 Released through NetEase in China, Blizzard’s 2014 trading card game also takes inspiration from the Warcraft universe, sharing many characters and items with the original game. As a cross-platform game, Hearthstone is more accessible than both League of Legends and Kings of Glory, meaning it can tap into both markets simultaneously. The game made over $395 million in revenue in 2016, and since then has expanded its playerbase by another 20 million to an estimated 70 million today. 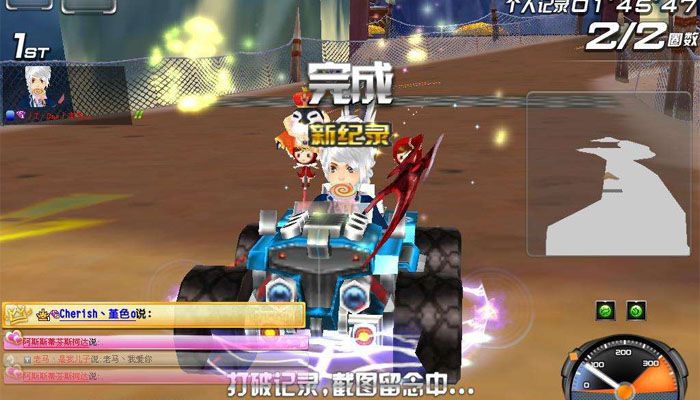 Another Tencent product,  QQ Speed is China’s most famous racing game, enjoying huge popularity since its release in 2006. In May of 2011, more than 2 million people were online playing QQ Speed simultaneously, becoming the fifth game to do so in China. More impressively, it was the first Chinese-produced game to reach this achievement, and has since become a source of national pride as well as piece of history.