Action, particularly kung fu movies, have always been an important genre in China, and stars such as Bruce Lee and Jackie Chan are deeply loved. A respected presence in the mainland film industry, these actors have not only demonstrated acting chops, but are skilled martial artists in their own right.

Also known as Vincent Chiu or Chiu Man-cheuk, Zhao is best known for playing folk hero Wong Fei-hung in Once Upon a Time in China, as well as his romantic relationship with the late Hong Kong actress Anita Mui, which began in early 1995 and ended in 1996.

Zhao was born in Harbin, Heilongjiang province. Influenced by his father, Zhao started to learn martial arts at age eight. In 1990, he was accepted by Beijing Sports University to study martial arts. Throughout his university career, he took part in many national championships and also qualified to be in China’s national martial arts team.

In 1992, Hong Kong film producer Corey Yuen invited Zhao to play the role of the antagonist in Fong Sai-yuk. Zhao accepted and so began his acting career. On its release in March 1993, Fong Sai-yuk became a box office hit, grossing about 30 million HKD. Zhao won great popularity with his intimidating appearance and impressive skills and has starred in nearly two dozen movies and 20 TV series during his 24-year career. Born in 1973, Louis Fan Siu-wong’s father was an actor in the Shaw Brothers Studio, the largest film production company of Hong Kong at that time. When he was 14, his father sent him to Xuzhou to learn gymnastics and martial arts. After completing his studies, Fan made his debut as a lead actor in Stanley Tong’s The Stone Age Warriors (1991). In 1992, aged 18, Fan rose to fame for his performance in Riki-Oh: The Story of Ricky, a Hong Kong film based on the manga Riki-Oh.

During the 1990s, Fan was a contract artiste on the Hong Kong television station TVB. It was his roles in television dramas like Demi-Gods and Semi-Devils (1997) and Young Hero Fang Shiyu (1999) that made him known to mainland audiences. He left TVB later and worked on Taiwanese and mainland Chinese television series before focusing on film. 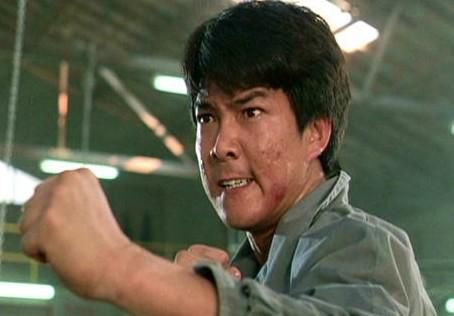 Yuen Biao has been in the industry for about 50 years. Born in 1957, he was enrolled at the China Drama Academy when he was six, where he was trained alongside schoolmates Jackie Chan, Sammo Hung, and several others, under master Yu Jim-yuen, who later became famous in Hong Kong cinema. He remained at the school until he was 16. When he left, Yuen followed classmate Hung into the Hong Kong film industry.

In the early 1970s, Yuen began work as a stuntman. In 1973, Yuen became a stunt double for Bruce Lee on Enter the Dragon. In Game of Death (1978), Yuen was also one of the “fake” Bruce Lees, completing the acrobatics and stunts that Lee’s “body double” was unable to perform.

In the late 1970s and early 1980s, thanks to his friends Hung and Chan, he began working more frequently as an actor, starring in The Prodigal Son, directed by Sammo Hung. He later co-starred alongside both his former schoolmates in Project A, Wheels on Meals, and Dragons Forever, and had smaller roles in films such as Hung’s Lucky Stars trilogy.

During his career, Yuen Biao has appeared in over 130 films. Born in 1976, Wu trained to be a martial arts athlete and in 1997, he was enrolled in the Central Academy of Drama, graduated in 2001 and the same year played folk hero Chen Zhen twice, respectively in Huo Yuanjia (Zhao Wenzhuo played Huo Yuanjia in this show) and Jing Wu Hero Chen Zhen. In 2003, he played the leading role Di Yun in Lian Cheng Jue, adapted from the famous wuxia work of the same name written by Jinyong. In 2004, Wu played Yan Qing in Langzi Yan Qing, a well-known role in classic novel Outlaws of the Marsh.

But the most influential show he took part in might be Journey to the West, directed by Zhang Jizhong in 2011. Wu played Sun Wukong, the Monkey King. Though slightly different from the classic image of Sun Wukong created by Liuxiaolingtong in 1980s, it was still well received.

He is currently a member of the National Theatre Company of China. 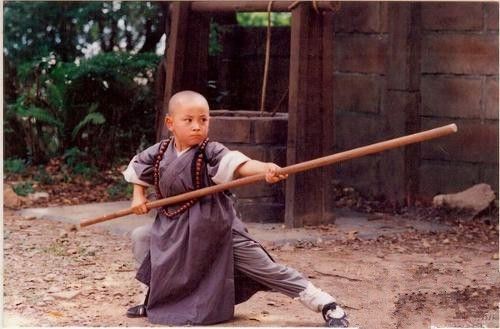 Shi Xiaolong, born in 1988, used to be one of the most successfully child stars in China. A disciple of Shi Yongxin, the abbot of Shaolin Temple, since he was 2 years old, his original name was Chen Xiaolong, but he was given a dharma name—Shi Xiaolong—by the abbot. When he was four, he gained attention in the entertainment industry after his performance at the International Shaolin Kung Fu Festival in Zhengzhou. Then, he became a child actor and achieved great success in many films and TV dramas, including the martial arts comedy Shaolin Popey II: Messy Temple and the television series Young Justice Bao. In 2008, after graduating from high school, he continued his acting career. In 2010, he played one of Ip Man’s students in the martial arts film Ip Man 2. Visually stunning movie, but lacking in other departments