Today, we shave away the years in north China, a chainsmokers controversy, highlights from the Beijing Marathon, and WeChat’s complete lack of privacy. But first…

The Golden Rooster Awards (金鸡奖) is an award ceremony that celebrates the best in Chinese film. It was originally held annually, but it’s now once every two years.

Last weekend the awards were held in Hohhot, Inner Mongolia, and, with nominees chosen from two years’ worth of contenders, most of the awards went to older movies. Here is a roundup of the winners:

Best Director: Feng Xiaogang, I Am Not Madame Bovary 冯小刚《我不是潘金莲》

Best Actress: Fan Bingbing, I Am Not Madame Bovary 范冰冰《我不是潘金莲》

What would you do with three years of extended life? That’s the question many citizens in northern China may be asking, after recent research showed that those living north of the Huai River—the marker used to distinguish Northerners from Southerners—suffered from a reduced lifespan.

Researchers from China, Israel, and the United States found that those in the north suffered from pollution levels 46 percent higher than their compatriots in the south. The sample was taken from air quality values in 154 cities from 1981 to 2012 and published in Proceedings of the National Academy of Sciences by

Researchers found that northern residents lived an average of 3.1 years less due to more prevalent lung cancer and strokes.

Smog in the north has been a longstanding problem for Chinese cities due to the burning of coal to provide winter heating. Unfortunately, there seems to be no immediate measure—only last week, it was reported that this fall and winter will experience grim levels of pollution.

Speaking of pollution, EDM duo The Chainsmokers (Alex Pall and Andrew Taggart) recently released a promotional video in anticipation for their appearance at Ultra China, an electronic music festival held in Shanghai.

for the ppl who are confused the chainsmokers basically insinuated a racist remark abt asians eating dogs and laughed it off pic.twitter.com/XFilW92JoK

Unfortunately, after the Asian interviewer questioned Pall whether his dog would accompany on tours, Pall replied, “Well I don’t know if I’d bring her to China.” 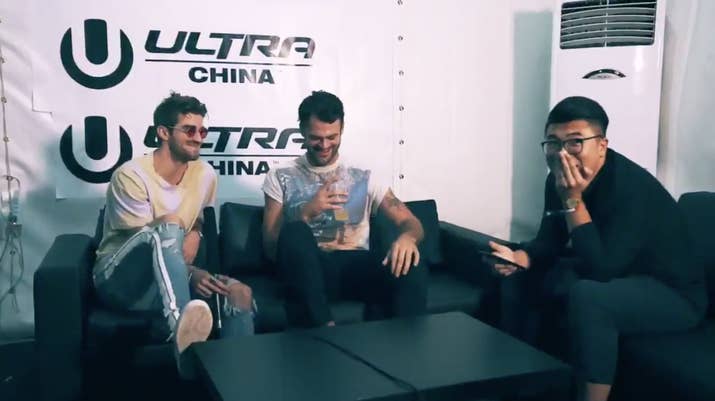 The internet was immediately overcome with pent-up political correctness and hoards of commenters criticized the duo for their perceived racist joke.

The Chainsmokers have since released a statement (on Twitter, obviously) apologizing for the apparent miscommunication.

Pall named his own dog after a type of food, Cheddar, and there is little to suggest that he was, in fact referring to the consumption of dog meat in some parts of China. There are several reason to leave Cheddar at home:

While the rich and famous were busy taking seats and golden chickens, fitness enthusiasts in the capital were undertaking the 42-odd kilometers of the Beijing Marathon. Almost 100,000 applied to be one of the 30,000 runners in the race that started in Tian’anmen Square and ended between a cube and nest.

If you’ve recently updated your WeChat messaging app, you will have been prompted by a new privacy message.

Although it is important to read such changes in policy, many forgo the luxury for quicker access to the social functions available. Fortunately, users online have shared some of the important changes. Unfortunately, they confirm what many have suspected previously.

To sum up, after this update, WeChat can now collect and share user information with the government. All user information. Credit card numbers, message content, fingerprints, voice data—these are all fair game for the messaging giant.

Most will not be surprised at such a change in policy, as there has always been rumors of privacy issues. But seeing them typed out officially is a worrying sign for the future.