He knows everything, people say—you only have to ask. “Is this fungus edible?” “What’s the name of that insect?” “Are these fish male or female?” Whether the subject is entomology, zoology, botany, or even epigraphy (the study of inscriptions), Weibo users have been saying it for years: “Bowu Jun (博物君) has the answers.”

Bowu Jun, or “Man of Natural History,” is the nickname given to “Natural History Magazine,” a social-media account that has probably done more to help popularize science education than a dozen state-sponsored exhibitions, documentaries, or publications. With over eight million followers, Bowu Jun cuts a scientific swath through the usual clutter of Meitu-enhanced selfies, self-conscious jokes, and celebrity sponsored content that populates Weibo, China’s blend of Twitter and Instagram.

To many, Bowu Jun is a walking encyclopedia, an omniscient “god.” On China’s most popular Q&A platform Zhihu, the question “How does Bowu Jun know everything?” has triggered heated discussion, with over 180,000 views. Some claim with certainty that there is no Natural History Man, and the account is run by the entire staff at Natural History magazine.

But Bowu Jun is, in fact, one man: Zhang Chenliang, a 29-year-old editor at Natural History. “Except for an intern who helps me to collect the questions, the account is just run by me,” says Zhang, who holds a master’s degree in agricultural entomology (he adds that a friend occasionally takes over the account when he’s away on business). 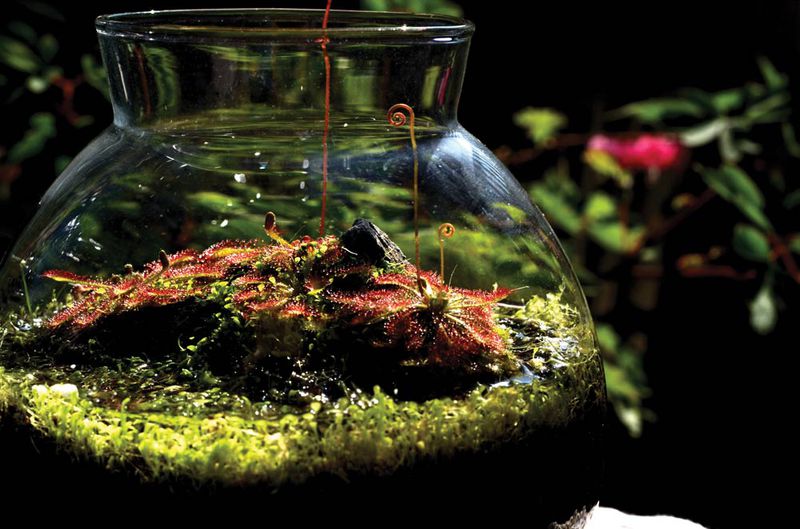 Growing up, Zhang used to catch and observe insects, and make his own specimens. “Later, I also fell in love with plants and animals,” he recalls. “I can’t say when this fondness started, just like you can’t tell when you first began to love music or movies.”

He considered an academic career, but felt the climate in China wasn’t good enough, and the work too dry anyway. In 2011, Zhang began interning at Natural History and was assigned, in time-honored intern tradition, to run their Weibo account, which had about 20,000 followers at the time. “I was just told to post routine stuff, like promoting our new issue,” says Zhang. “But I thought that I should try to attract more followers.”

He experimented with a few ideas, but realized that in order to provoke interest in scientific knowledge, it was important to be engaging. “In many cases, even when a science writer feels what he’s written is already very easy to understand, it’s still not approachable enough,” Zhang explains. “You need to write about things relate to people.” The late essayist and short-story writer Wang Zengqi is a figure Zhang admires, because he could make any topic seem interesting. “Wang would write about something like growing grapes,” says Zhang, “and you never felt that he was writing a ‘science article.’ But after you read it, you’d learn something.”

Before long, Zhang figured out his approach: Solicit questions—on almost any topic related to the magazine—and publicly answer them. The first, he remembers, was about a lizard. “I didn’t answer very well,” he says. “I gave the Latin name and introduced its living habits in detail. The answer was very long, leaving no space to forward. Until now, that post has not been shared or commented on much.” 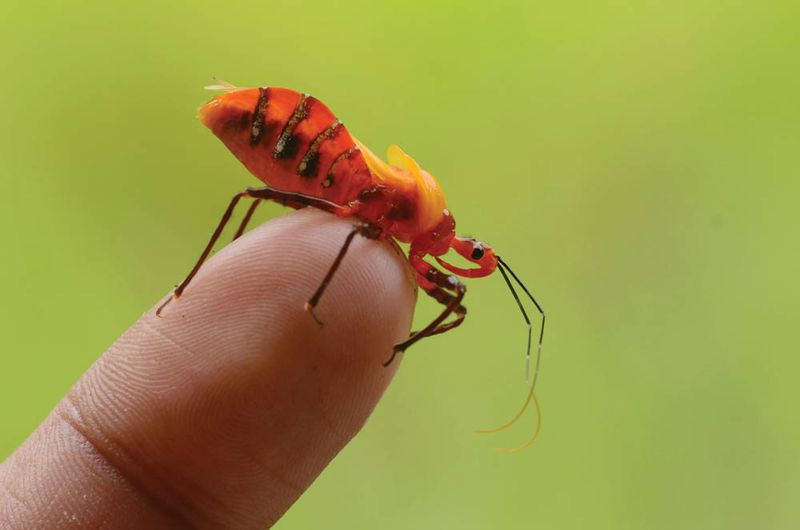 Answering questions helped him shrink the distance from his audience. At first Zhang tried to appeal to “cuteness,” which helped him communicate, but also undermined his sense of authority. “So I turned to a ‘cold and elegant’ style,” says Zhang, “which means I just talked normally, as in daily life. Surprisingly, people liked it.”

In 2013, Zhang had a hit. A series of viral photos appeared to show small animals behaving like humans—a frog using a leaf an umbrella; a gecko seemingly dancing—and delighting many netizens, who tagged Zhang’s Bowu Jun account for his opinion. Zhang quickly determined that the photographs, by photographer Shikhei Goh, were almost certainly staged using wire and photo-editing software. “It was apparent to me that those animals were forced to pose, in a cruel way,” says Zhang. He collected the pictures, and published a long-form Weibo post, revealing how the pet-store critters were mistreated and accusing the photographer of animal abuse. Titled “Indefensible Indonesian Photographer Staging Pictures,” the viral post was shared more than 500,000 times, doubling Bowu Jun’s following from 50,000 to 100,000.

Zhang began publishing a “Weibo phenology” series, which focused on seasonal subjects and plant life—the yellow-flowered Oriental Paperbush in February, magnolias in March, the smoke tree whose shrubs have a pink “puffball” appearance in May before turning a smoky red-orange in autumn. As Bowu Jun’s popularity grew, sales of Natural Magazine soared from some tens of thousands of copies in 2011 to a steady circulation of around a quarter-million. In 2016, Zhang published Notes on an Illustrated Handbook of Marine Animals, which became a bestseller. 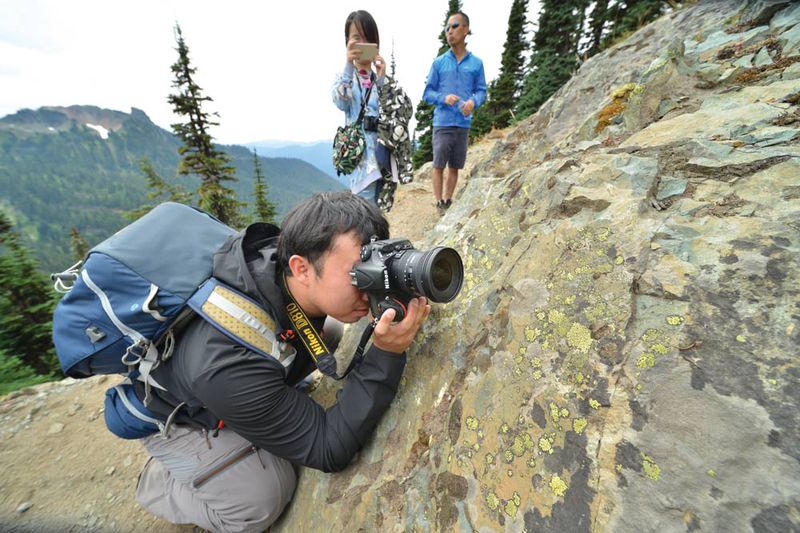 Zhang taking photos of lichen on Mount Rainier in the US, 2017 (courtesy of Bowu Jun)

Though Zhang has yet to acquire the reach of American popular-science celebrities like Bill Nye or Neil deGrasse Tyson, he’s kept busy working as a full-time editor, writer, and proofreader for scientific papers, and has less time for being Bowu Jun than he’d like. “In the past, I always tried to answer all the questions I received, like some type of OCD. But now it’s impossible,” Zhang says. The account receives hundreds of questions every day, so Zhang has to choose to answer what he thinks will be most relevant to readers: “It should be some common, representative species that others feel that they can encounter in real life. Also, it’s best to have accurate and detailed descriptions [in the question], with photos, or I can’t figure out what they’re talking about.”

Submissions can range from the mundane—“a picture of an earthworm, or a pigeon”—to the absurd. “Someone told me that he saw the Tian’anmen Rostrum floating in the air,” says Zhang. “I really don’t know what that was.”

Some netizens didn’t really care about science: In 2013, Zhang wrote that popularizing natural science in a food-obsessed country was not for the faint of heart, because no matter how hard he tries to present knowledge in an interesting way, some people always want to know, “Can you eat it; is it tasty; how do you cook it?”—comments he summarizes by their initial characters, “能好怎” (“Can? Tasty? How?”).“I don’t like to see so many comments having nothing to do with science on my Weibo,” admits Zhang. But for such a popular account, “it’s unavoidable; just because they follow [my account] doesn’t means they are really my ‘followers.’” 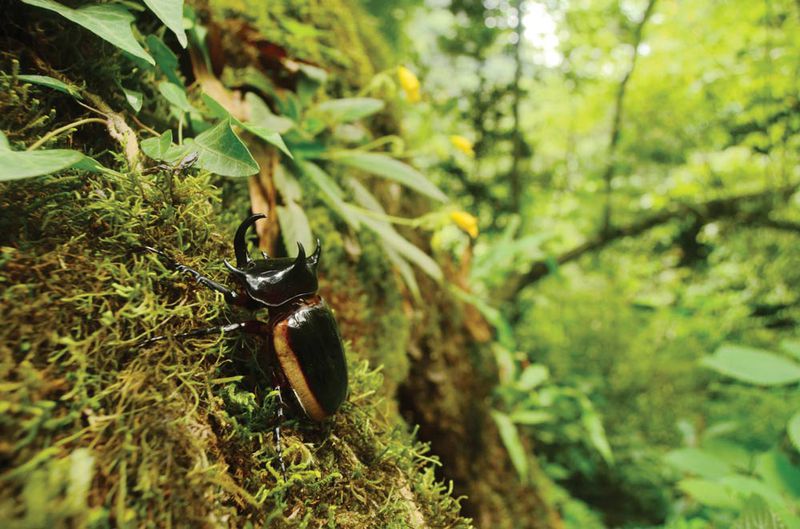 Popular science has a long way to go in China before it can match the levels of enthusiasm shown elsewhere, and many believe Zhang, with his “Big V” profile and following, can do more. But the man behind Bowu Jun wants to keep his feet firmly on the ground he so enjoys examining. “Maybe even after Weibo has disappeared, when people look back, they will say ‘Bowu Jun was a good account. I learned some knowledge from it,’” he says. His own goals are also modest: “to do more work, whether writing or translating. Maybe in the future when people talk about good books they read in their childhood, some will be written by me. I want to leave something to this field, and live up to my identity as a science practitioner.”

The Natural History Boy is a story from our issue, “Fast Forward.” To read the entire issue, become a subscriber and receive the full magazine. Alternatively, you can purchase the digital version from the App Store. The Myth of the Chinese Wilderness

As China aims to create 60 national parks by 2035, what will happen to the 12 million human residents inside protected areas?