Who will shape China’s youth narrative—millennials, or the Westerners who can’t stop writing about them?

In the opening chapter of Young China: How the Restless Generation Will Change Their Country and the World, author Zak Dychtwald stumbles across the PRC border—and straight into China Expert territory.

“As both an empire and a modern culture, one of China’s most distinguishing features was its insularity from the world,” he writes. “However inefficient the Great Wall was at repelling enemies, it was an apt metaphor for China’s attitude toward the outside: Keep out.”

It doesn’t bode well for what’s to come.

Dychtwald, who begins the book as a study-abroad student in Hong Kong, sets out to describe the ambitions and aspirations of the “post-90s” and “post-00s” youth, “the first modern Chinese generations less preoccupied with needs and more involved with wants, in particular, ‘Who do we want to be?’” In this generation is “Tom,” who’d stood in long lines to sample KFC as a boy and is now studying for a graduate degree, trying to distinguish himself from the sea of fellow graduates; “Bella,” meanwhile, is looking beyond academia after failing the required exams, lamenting, “[In China] there are doors to your dreams…China has many people. Those doors are very crowded.”

This generation may focus on wants, but this means surviving near-gladiatorial competition at every stage of their lives. The ability to field this intense competition, argues Dychtwald, challenges the outdated tropes of “little emperors,” the spoiled offspring of China’s one-child era. Millennials are continually seeking new strategies to cope with the enormous pressure they face, and somehow succeed.

Dychtwald describes family life in China in transactional terms: “Parent Eaters,” kids who stay at home and use up their parents’ savings, versus parents who expect their offspring to adhere to socially constructed timetables for career, marriage, procreation, property ownership, and financial security. These may be boom times, and today’s youth might be free of the crushing burden of survival faced by earlier generations, but that does not mean these kids are alright.

There seems to be a rule that, when one is young and in China, one ought to write a book about others who are also young in China. Dychtwald deserves praise for doing his research in cities other than the elite centers of Shanghai and Beijing, and he follows in the (unacknowledged) literary footsteps of 2017’s Wish Lanterns: Young Lives in New China by Alec Ash, 2016’s Little Emperors and Material Girls by Jemimah Steinfeld, and China’s Millennials: The Want Generation by Eric Fish.

The recipe for these books seems relatively simple: Interview local friends and acquaintances, weave their life stories into a compelling and semi-connected narrative, add commentary to taste, and garnish with adventurous anecdotes from the author’s own life in China. The trick is, while simple recipes are hard to botch, they can be fiendish to master.

At their best, these books provide data points; disparate stories acknowledged as part of a larger mosaic. The ablest authors avoid generalizations while deftly letting their subjects speak, if not for themselves, then at least with a minimum of editorializing. An example is Wish Lanterns, in which Ash shows admirable restraint, judiciously and sparingly contextualizing the stories at the heart of his book. 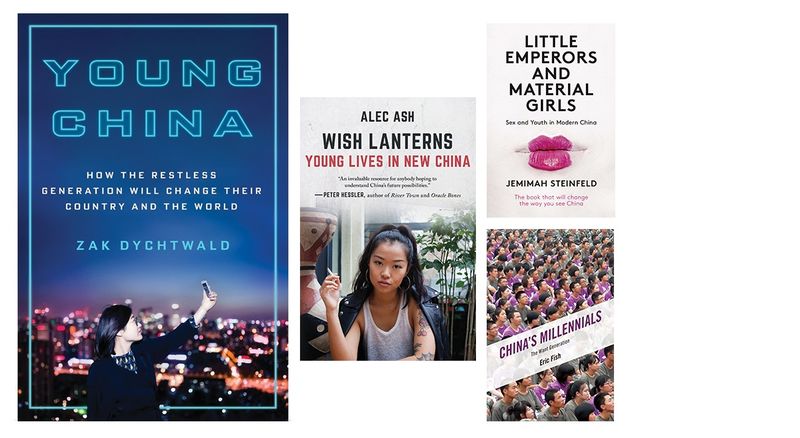 Unfortunately, Young China too often feels like a book about the author as much as his subjects, and at times the narrative slides disconcertingly close to being another China memoir, in which the expat interpolates his discoveries of KTV and internet slang with pedestrian exposition on Chinese history and society. Certainly there are some excellent and compelling stories in Dychtwald’s book, in particular about changing attitudes toward sexuality and gender, and the lives of young LGBTQ people in China.

But these tales speak truths that are diminished by excessive exegesis. Rather than let Chinese voices carry the narrative, Dychtwald comes across as a dinner host trying to shout over his guests. At times, he is illuminating, but too often, especially when he contradicts his subjects or tries to explain the ways in which they are misguided, it comes off as laowai-splaining.

Finally, there are issues with sources and data. It’s not clear why the author chose not to mention the aforementioned titles, all of which were already published while Dychtwald was writing his. (Since Dychtwald’s text also used the terms “leftover” and “women” in close proximity, we should all be grateful that he did cite Leta Hong Fincher, thus avoiding another social media spat)

What Dychtwald does cite are blogs, newspaper articles, podcasts, or other secondary materials easily sourced on the internet. Much of his information comes from folks whose names will be all too familiar to the incestuous circle-jerk of the China blogosphere.

And when primary data is used, it is not always done correctly. For example, Dychtwald suggests that today’s youth face greater pressure to care for their parents because, “Historically, in China, most people did not age and retire. They died…in 1950, the average life expectancy at birth was between thirty-five and forty years old.”  Indeed, infant mortality in the 1960s was well over 80 per 1,000 live births, though by 2015, that number was down to around 8 per 1,000. The data is correct, but the average life expectancy at birth doesn’t tell us how long somebody lived after they become a parent.

There are phenomenal stories of young people in China, stories which can easily be drowned out by the inflated static of great power relations, political intrigue, economic development, and term limits. Dychtwald should be commended for bringing some of these to life. While the book does not quite achieve the level of its predecessors, it is clear that Dychtwald is a talented young man with considerable ambition—much like many of his subjects.

Kids Today is a story from our issue, “Vital Signs.” To read the entire issue, become a subscriber and receive the full magazine. Alternatively, you can purchase the digital version from the App Store.