This week, another disgruntled citizen wages war on society, another row involving Chinese students in America, and another virtue school scandal. But first, a joke (NSFW warning)…

This textbook for students in Shanghai raised eyebrows—and more than a few laughs—thanks to one particular passage, innocently entitled “Mommy’s Washcloth” (妈妈的抹布) 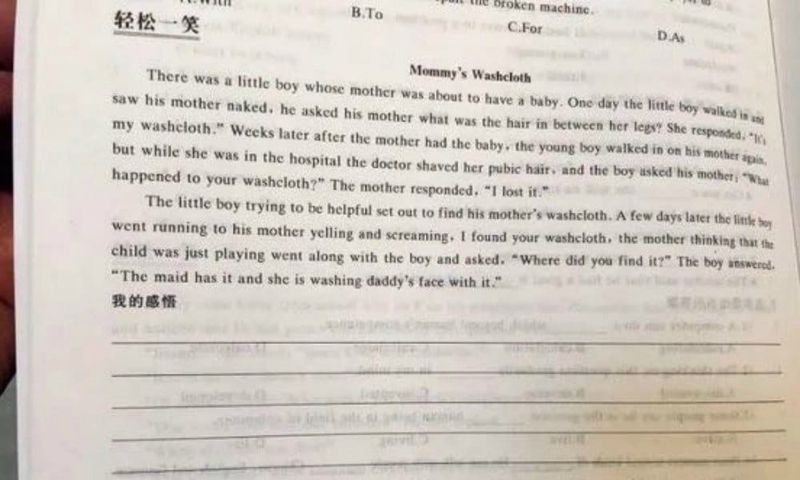 A Duke University professor, whose controversial e-mail urged international students to speak only English on campus, has been removed as director of her department’s graduate studies

Service with a smile

After being berated by a surly driver for tardiness, toll-collector Weng Xin, 19, earned praise for her “most professional face-changing ability”: wiping away her tears and putting on her happy face.

A series of explosions at a mall in Jilin, Changchun was the work of a “pessimistic cancer sufferer” who died on the scene, police say

Stick to the point

A Sichuan lecturer who used a five-meter length of bamboo to facilitate a PowerPoint presentation has led calls for other teachers to use “innovations” in order to keep students’ interest. One wonders if he considered making the slides more interesting… 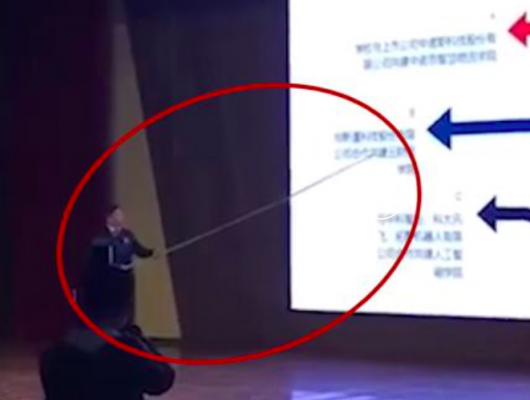 What next, blackboards? Overhead projectors?

A staff New Year song, roasting the New Oriental Education & Technology Group for its management issues, earned the surprise praise of CEO Yu Minhong, who rewarded the performers of “To Free the True Self” 120,000 RMB for their painful honesty Sun’s wife, who teaches at the school, stands accused of being an “evil stepmother”

The State Statistical Bureau’s version of the “10-Year Challenge”—i.e. the “2018 National Time-Use Survey”—shows Chinese spend more time eating and sleeping than a decade ago. However, they spend slightly less time studying and significantly more time on the internet on average each day (2 hours and 42 minutes in 2018, compared to 14 minutes in 2008)