Chinese media and party-affiliated organizations are known to known to open accounts on foreign social media platforms. Last week was no exception, as a number of state organizations jumped on board with Facebook’s “10 Year Challenge.”

Maybe it satisfies their existing “achievement reporting” ethos—or maybe they have anniversaries on the brain, what with the Reform and Opening Up policy celebrating its 40th this year. Whatever the motivation, here are the results from a few officially sanctioned takes on the “10-Year Comparison Challenge” (十年对比挑战): 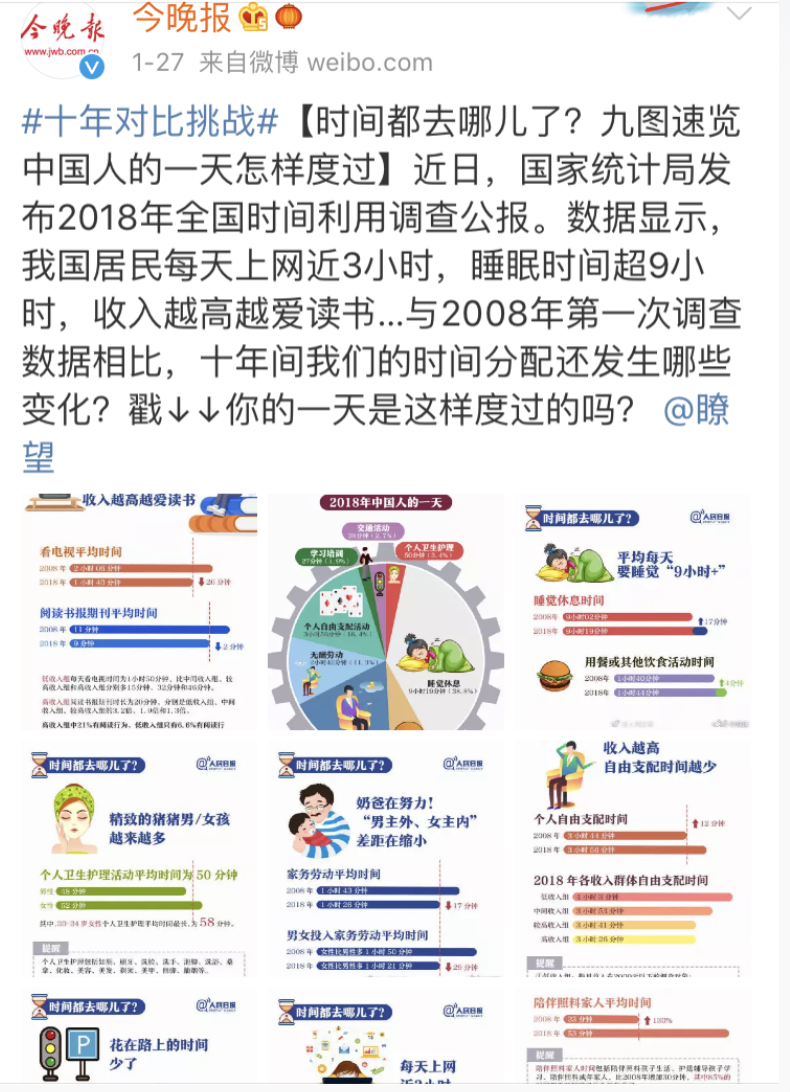 The agency responsible for the national census, directly under the State Council, released the 2018 National Time Use Survey Bulletin. The underlying message is mostly a happy one: Chinese have higher incomes, higher education levels, and more free time today compared to 10 years ago, and accordingly spend more time on family, leisure activities, and their health and appearance.

What caught most people’s attention, though, was that Chinese citizens apparently spend 1,157 percent more time on the internet in 2018 compared to 2008, read books and newspapers less, and study less (they also watch less TV). 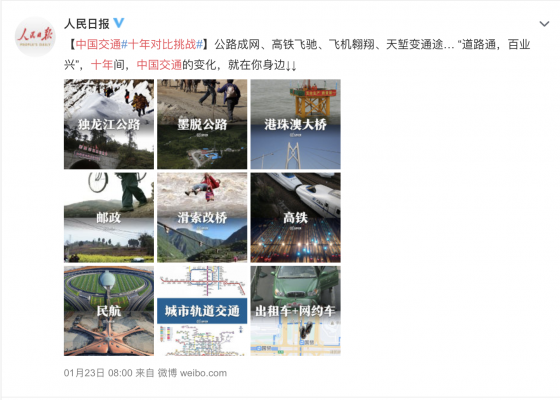 “Roads have become networks, the high-speed rail flies past, airplanes soar, heaven and earth are connected”—the party’s mouthpiece focused on transportation achievements such as the Hong Kong-Zhuhai-Macau Bridge, the new-generation Fuxing class high-speed trains, and the Beijing Daxing International Airport. Given the horribly scandal-ridden year that ride-hailing app Didi experienced, though, one questions the wisdom of highlighting “mobile taxi-hailing” as an achievement in the last photo. 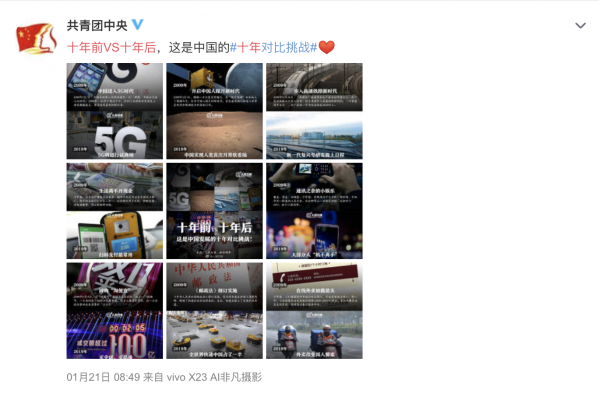 People’s Daily had another entry focusing on technological development, including the proliferation of mobile phones and the transition from cash to mobile payment over the last decade (to be fair, the latter really happened over the last three or four years). The fact that Chinese developed a 3G network in 2009 and is now developing 5G technology is also highlighted—in spite, or perhaps because, of diplomatic tensions surrounding Huawei. 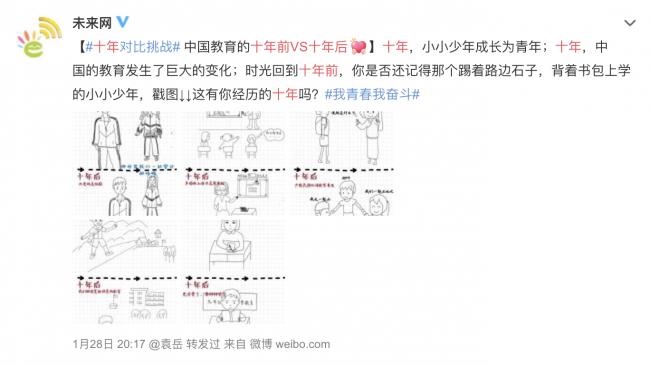 K618, a news portal under the National Committee for Young Workers (also known as the organization running the Young Pioneers), focused on the larger facilities and better media equipment that Chinese classrooms have acquired, as well as the rise of bilingual education for ethnic minorities and free nine-year compulsory education, which began in 2008. However, school uniforms are exactly as baggy and unflattering as they were 10 years ago. 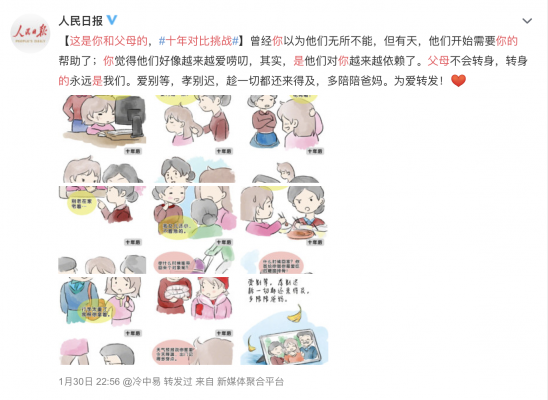 People’s Daily knows nothing says “Spring Festival spirit” better than some well-placed guilt trips about not appreciating one’s parents enough. This series of cartoons appear to illustrate how parents of millennials used to nag their children 10 years ago, but now nag them in other ways; whereas once they were omnipotent and doing it for your own good, now it’s because they need your help and depend on you. But remember, it’s all because of their unselfish love for you!

Zhao Xing is a contributing writer at The World of Chinese. Diapers for birds, pennies for property, U-turns for luck, and fears for facial recognition—it’s Viral Week