On November 20, 1987, the world’s largest Kentucky Fried Chicken restaurant opened just south of Tiananmen Square, attracting thousands: Even with three floors of seating, there was reportedly a 100-meter line out the door.

Beijinger Li Pan was 7 when her parents first took her to the Tiananmen KFC in 1990. After one bite, she was hooked on the crunchy chicken and addictive sauce.

For fellow visitor Men Yue, however, the appeal was different: “At the time, very few people had ever eaten a hamburger,” he recalls of a 1991 trip to the restaurant. “It was a really big deal and I bragged to my friends for a long time about how I had eaten one all by myself.” 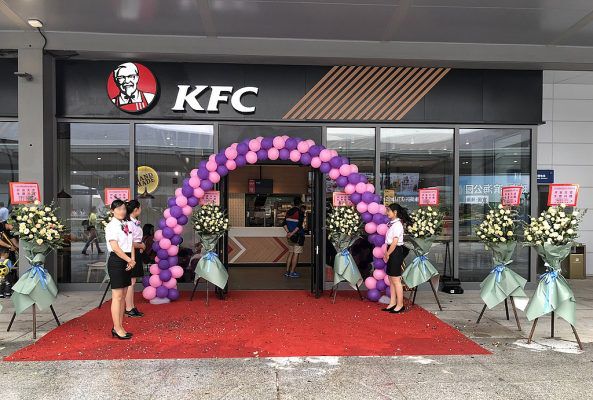 Nowadays, a new KFC store opening is nothing special to see, even in Zhuhai (Wikimedia)

“For a very long time, KFC and McDonald’s were synonymous with Western food and even what we call fine dining” Guo Geping, director of the China Chain Store and Franchise Association, told China Daily in 2017.

When KFC first opened, Chinese made an average of 100 RMB per month—meaning that a 10 RMB meal was a splurge that had to be planned far out in advance. Besides the novelty of its fare, the Western chain restaurant also impressed diners with its clean interior and efficient service.

Since then, Western fast food has transformed Chinese consumers—literally. In a 2016 report about the fast-food industry in China, published online by the National Institutes of Health, the authors noted that one-third of Chinese adults are overweight or obese, a proportion that rises to one-half in China’s top-tier cities.

Healthy eating choices are becoming important to Chinese diners, which consumed an average of 3,074 calories per day in 2015, up from 1,863 calories per day in 1971. In their 2010 release Fat China, authors Paul French and Matthew Crabbe argued that the educated urban middle classes are the ones falling prey to rising obesity: tiny kitchens prompt many families to eat out; children’s free time was filled with enrichment classes rather than physical activity; and aspirational millennials are making calorie-laden coffees, cocktails, and Instagrammable-desserts an integral part of their social life.

The reputation of KFC and McDonalds have also been dented by recent food-safety scandals, as the chains have been found to use expired and allegedly chemical-laden meat from local suppliers. In a survey by McKinsey, only 51 percent of Chinese consumers said they consumed fast food in 2015, compared to 67 percent in 2012, with many turning to healthier options. 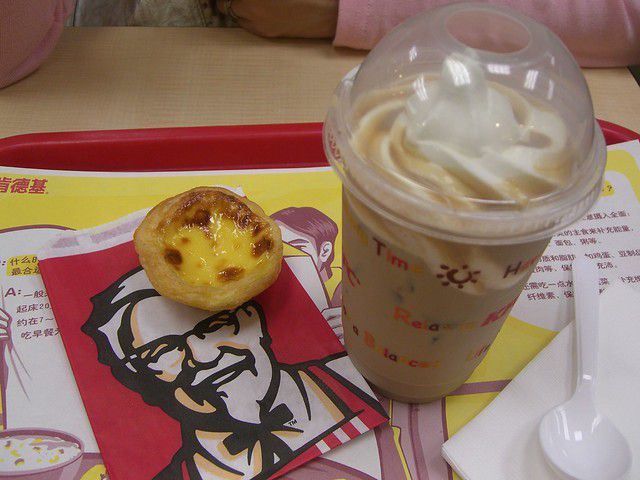 Li, who is now an HR manager at a multinational firm, still eats at fast-food restaurants two to four times a month—for the “discount prices,” rather than prestige. She often meets up with friends for soft drinks and coffee sold at prices much lower than Beijing’s trendy cafes (where a latte easily exceeds 30 RMB).

The free Wi-Fi, comfortable surroundings, and lack of pressure for patrons to leave after eating (or order anything at all), have also created positive press for fast-food chains. A popular 2017 WeChat essay, “In a 24-Hour McDonalds,” shared the life stories of McDonalds loiterers in Beijing—including students cramming for exams, travelers waiting for connections, a young man too ashamed to go home after leaving jail, and a homeless man who spends the night in the restaurant whenever the bridge that he sleeps under floods in summer.

Compared to domestic fast-food chains, the cultural cachet of hamburgers remains potent for many. Men, an English-language tour guide, believes that the hamburger is “the quintessential symbol of European and American pop culture,” and estimates he eats at least five a month because they are just “so delicious.”

Professor Zhang Wei of Peking University’s Guanghua School of Management also recalls setting aside money from his tight undergraduate student budget each month, so that he could eat treat himself at Beijing’s KFC. “When I took the first bite, I thought to myself: America, I am coming for you!” the US-educated Zhang told his class in a lecture on localizing Western brands. 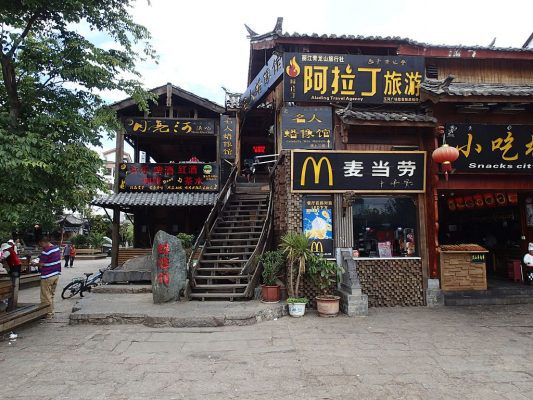 Chinese diners may be discovering that you can have too much of a good thing. Wuhan native Jerry Ai remembers not liking the Big Mac he ordered on his family’s first trip to McDonalds in the 1990s; his tastes had completely turned around by the time he left to attend a university in the US, which had an all-you-can-eat cafeteria. “For the first two months, I ate at least one meal a day made up of not one, but two hamburgers.”

He now laughs at the memory. “But I was clearly overexcited. For a long while after that, I couldn’t even stand the smell of hamburgers.”