From wielding hair-dryers in Sanya to eating popsicles in Harbin, China’s cities have their own winter customs

As migratory birds head southward, and northerners don their qiuku (thermal pants), different parts of China witness winter landscapes of many sorts. From Harbin’s barbecue-based nightlife to Sanya’s tourist-filled beaches, here’s what you need to know about how to spend winter in five different regional capitals: Sanya — “Hawaii of the East”

As other parts of China are plunged into coldness and harshness, you can spot Hainanese still strolling along in T-shirts and shorts, enjoying a cozy winter as agreeable as spring. Sanya’s white-sand beaches and long days of sunshine drew 2.4 million domestic and international visitors last November, up 7.3 percent from last year, according to the Hainan Provincial Bureau of Statistics. The island is notoriously popular among tourists from northeastern China desperate to escape subzero temperatures. Since winter is the city’s wet season, the hair-dryer is an indispensable winter appliance for local people to deal with the constant humidity. Home to 51 of China’s 55 ethnic groups, Yunnan stands for its diversity of culture and customs. Kunming, the capital of the far southwestern province in China, welcomes winter when the heavy rains pour in: A local saying states that “there are four seasons in one day; winter always comes with rain.” The winter temperatures generally range from 6 to 19 degrees Celsius with big daily temperature differences. In the past decade, the city has drawn a growing number of senior citizens who want to escape from freezing winters elsewhere in China. “Fresh air, warm breeze: Everything is available. It is very comfortable to stay here when the cold winter comes,” a retiree surnamed Zhang told a Yunnan news site in 2018, having just spent a month vacationing in Kunming, and planning to invite friends to come with her the following winter. 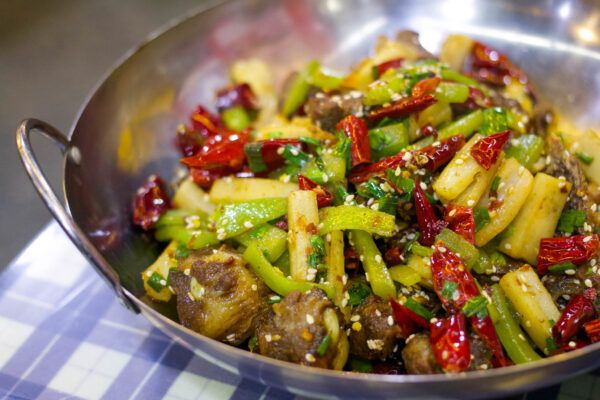 Chengdu serves as paradise for giant pandas, China’s national treasure. In winter, gloomy and cold weather breaks in as fog floats over every corner of the city. Even at 5 degrees Celsius, the humidity makes the cold feel equal to the -15 degree Celsius winters of other cities. Hot pot is the city’s well-known signature dish, and is especially enjoyable in the cold. Mutton soup is also a popular local treat, believed to help warm the body and improve circulation. The “wooden electric heater” (实木电暖器) is another traditional way to keep warm: Once plugged in, this home appliance made from bamboo slats generates heat from a heater strip. A few minutes later, put your foot on it, and it will feel hot. 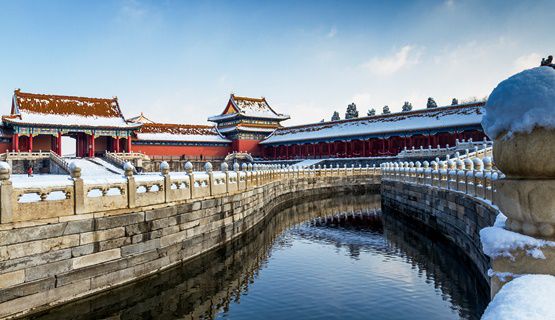 The Forbidden City in the snow (Photo courtesy of Hagens)

In Beijing, the cold and dry winter comes with a wind that feels like a sharp knife slamming one’s face when walking outside. Therefore, many residents don a mask during winter, as well as qiuku to protect the body from frigid temperatures. Central heating systems are available in most buildings. During the Dongzhi (Winter Solstice) festival, northern Chinese traditionally eat jiaozi (dumplings), which are said to warm the ears due to its ear-like shape. Despite the considerable chill, snow is not a regular sight in China’s capital. The average temperature stands at -8 to 0 degrees Celsius from November to January. The first snow always attract numerous tourists to the Forbidden City to enjoy the view of the white-dusted scenery and architecture. 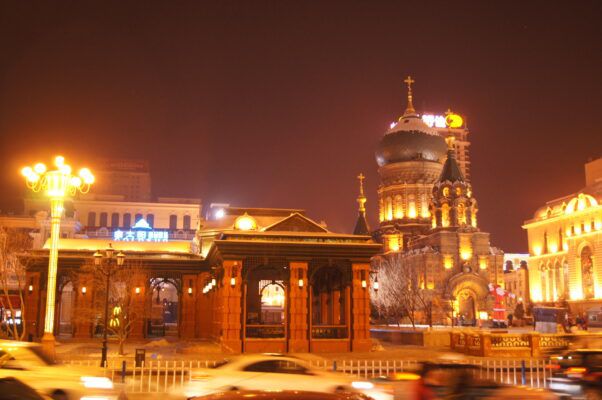 Renowned for its Russian-style architecture and annual ice festival, Harbin is nicknamed the “Oriental Moscow.” Visitors to this extreme northern provincial capital are treated to an icy wonderland, as well as the strange sight of locals eating popsicles even as temperature plummets below -30 degree Celsius. Winter boots, thick trousers, scarfs, gloves as well as a down jacket are a must in the city to prevent frostbite. Nevertheless, Harbin keeps its ground heating system on full blast, which can make the indoors feel like a hot summer day. “It was so hot inside that I couldn’t stop sweating. I had to grab two bags of snow from outside to cool down,” Shanghai blogger Yiying Fan wrote after a visit. The “Oriental Moscow” embraces nightfall at around 4:30 p.m. It’s well-known for lively nightlife featuring Dongbei-style barbecue, a must-have for families, friends, or colleagues who enjoy their chuanr with no small supply of beer. Idioms to prepare you for winter