Many cities across northern China, including Beijing, experienced their first snow of the year last week as cold air from Siberia brought stormy weather. The first snowfall coincided with “Little Snow,” the 20th solar term in the traditional Chinese calendar, and led to some stunning images: 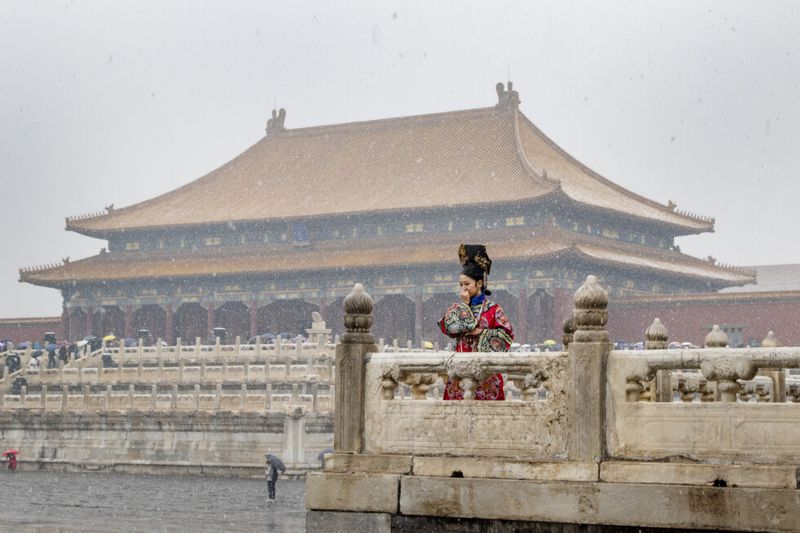 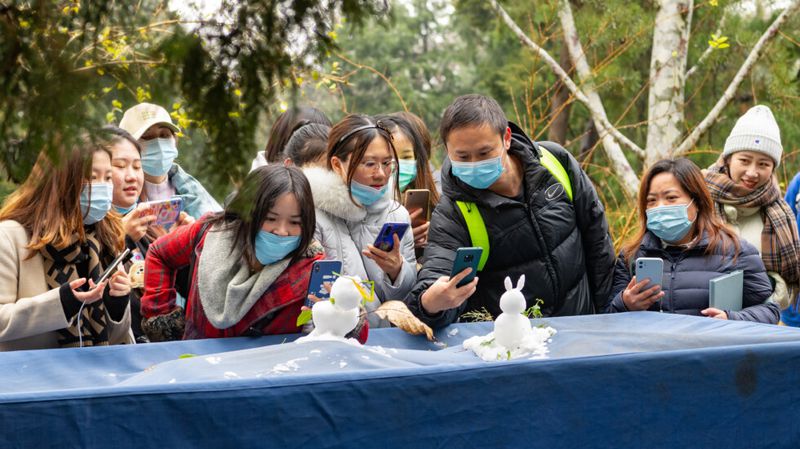 The snow shower in Beijing was over quickly, but visitors in Jingshan Park still managed to snap shots of tiny sculptures before the last of the snow melted 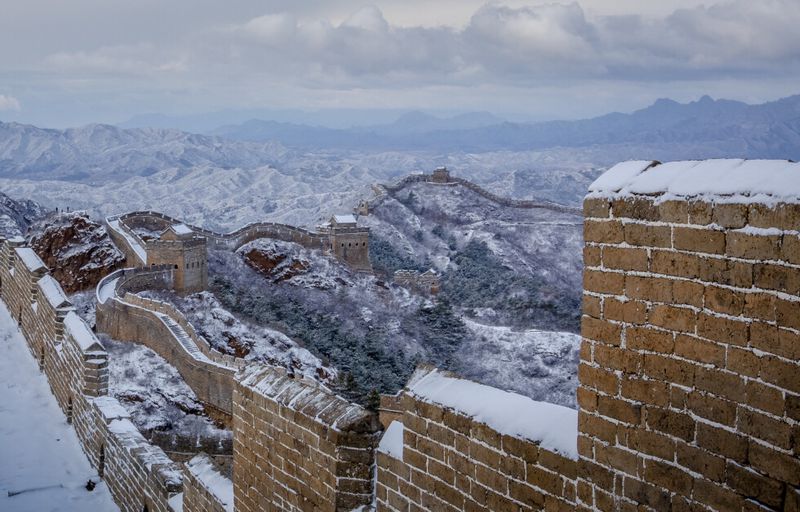 Around 130 kilometers northeast of Beijing at the Jinshanling section of the Great Wall, silver mountains and snow-covered walls made for a special scene 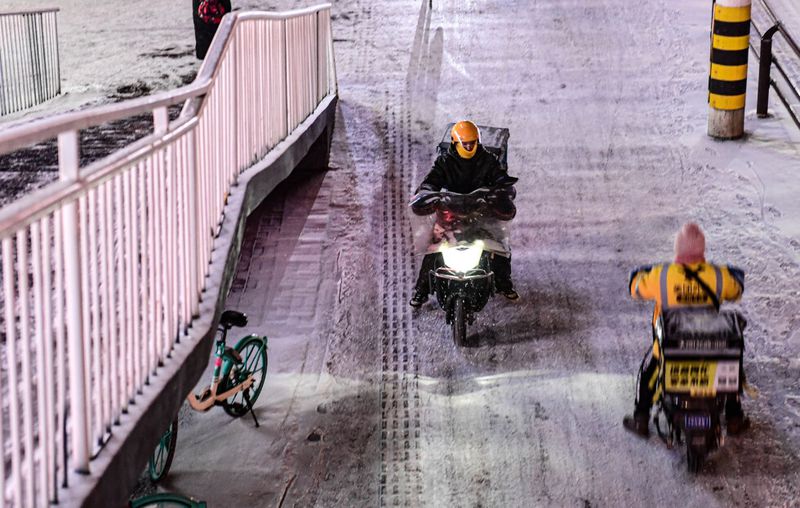 Further north, on the slippery roads of Shenyang, Liaoning province, food couriers worked through the night in tricky conditions 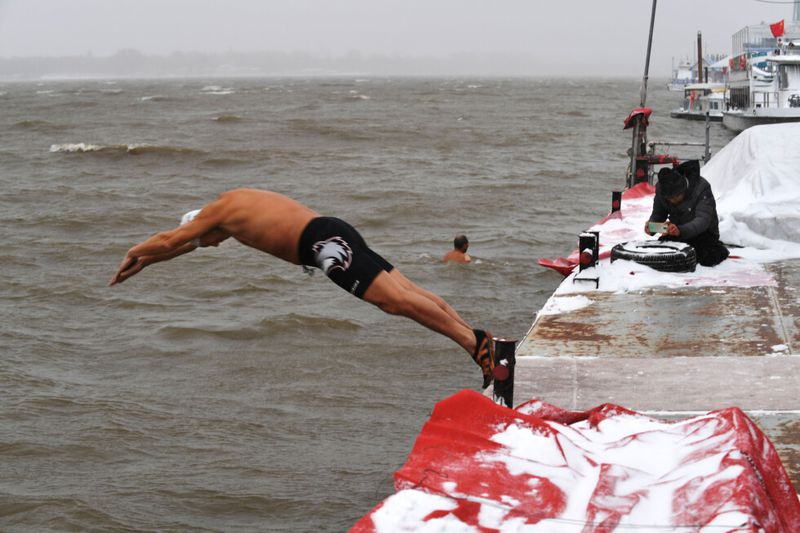 Intrepid winter swimmers braved the frigid temperatures to take a dip in the Songhua River in Harbin, Heilongjiang province 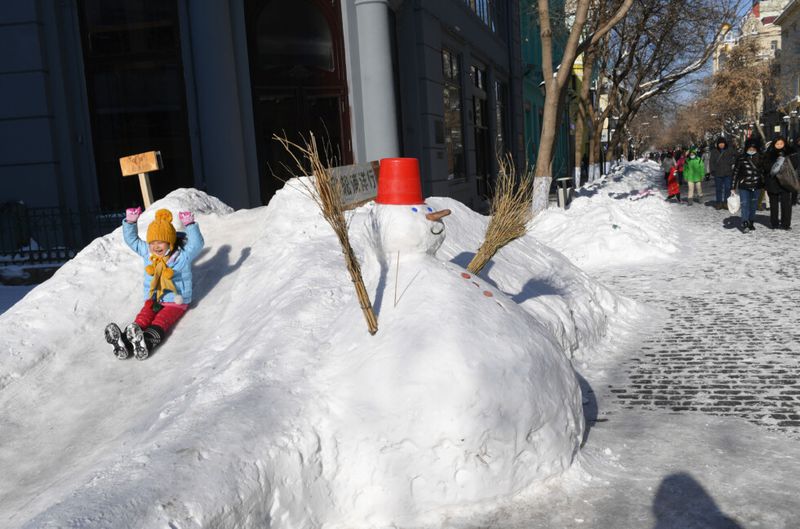 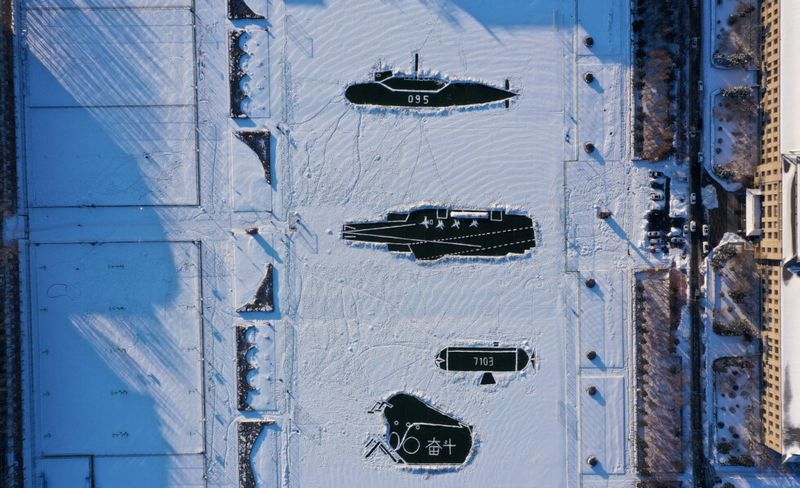 Seven hundred students and teachers from Harbin Engineering University spent two days arranging snow into the shape of an aircraft carrier, a submarine, and two submersibles on their campus 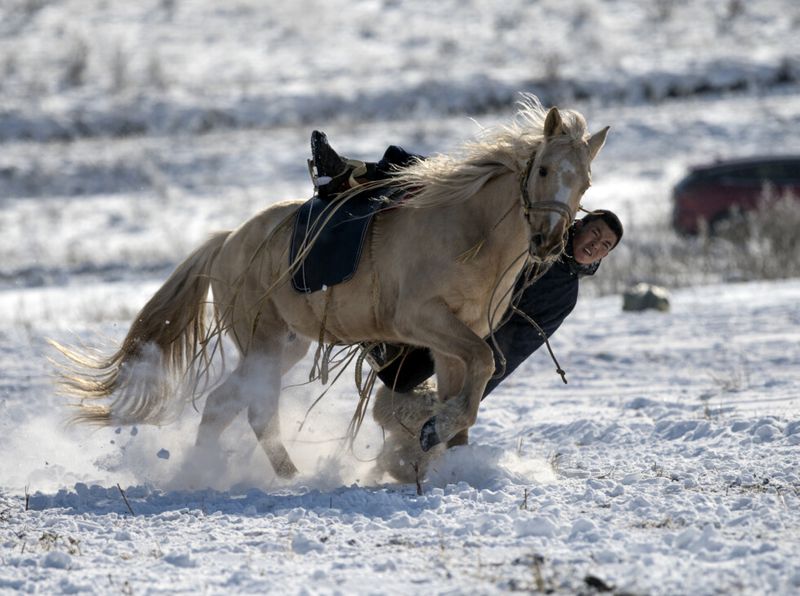 From wielding hair-dryers in Sanya to eating popsicles in Harbin, China’s cities have their own winter customs