“Confucius did not speak of strange events, violence, riots and supernatural things,” stated The Analects of Confucius in the fifth to third century BCE. The renowned philosopher did not necessarily scoff at ghosts—but rather, he preferred to examine the living world and the relationship between human beings.

Despite the sage’s silence on the subject, spooks, spirits, and the supernatural have been favorite topics of Chinese storytelling over the centuries, spawning collections such as Strange Tales from a Chinese Studio and the Miscellany of Youyang. A common superstition is that places associated with death—such as burial sites, or homes that have seen a sudden or violent decease—attract yin energy and restless souls. Several locations in China have become famous for ghost sightings and unexplained happenings, and some have even become popular with phantom-seeking tourists: 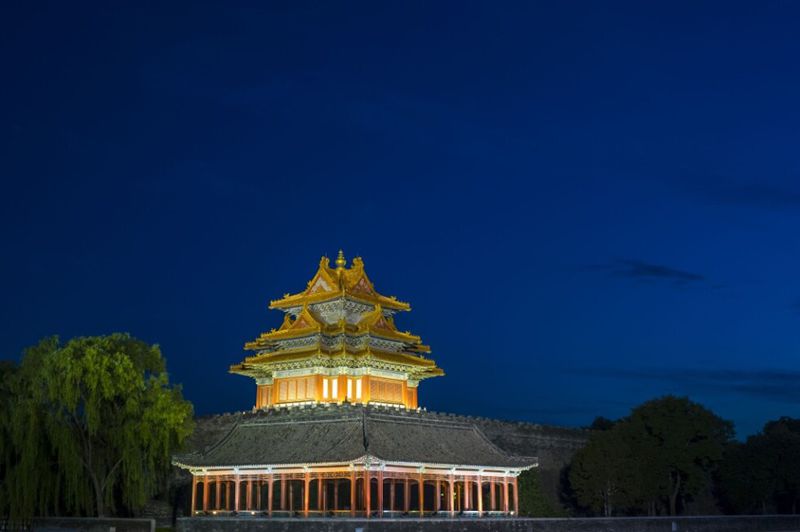 Beijing’s central palace, which celebrates its 600th anniversary this year, has been the setting of various tragic events over its long history, giving rise to countless stories about spirits with unfinished business in its halls. Night security guards have reported seeing strange animals that resemble rats, but are the size of pigs, and can run extremely fast; one creative explanation says they are the palace’s decorative “guardian beasts,” coming to life. Another nighttime regular is a maid in a Qing dynasty (1616 — 1911) qipao who wanders with a lantern near the Palace Museum’s jewelry exhibition hall (formerly the Hall of Peace and Longevity).

Strange tales also surround Consort Zhen’s Well, allegedly an unofficial execution ground for maidservants and concubines. Its most famous victim was Consort Zhen, a favorite concubine of the Guangxu Emperor whom the Empress Dowager Cixi ordered to be thrown into the well in 1900. Though daytime visitors to the Palace Museum can see that the well is dry, it supposedly fills up with water at night, and guards have reported seeing the reflection of a woman in it. Of course, given that these supernatural sightings happen at night, when the palace is closed to the public, it is hard to verify the truth. 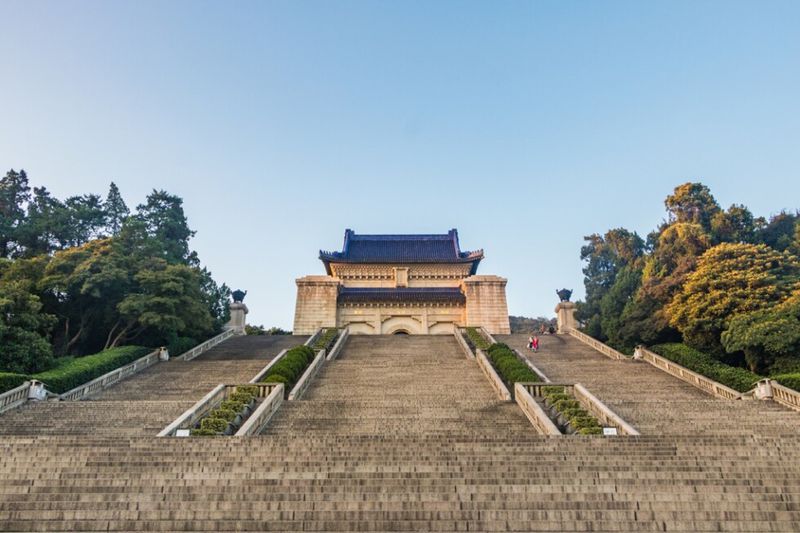 The tomb of China’s revolutionary father Sun Yat-sen (孙中山) is one of Nanjing’s biggest tourist attractions. Its original architect, Lü Yanzhi (吕彦直), died in the year that construction began in 1929. Several other “revolutionary martyrs” from the Republic of China era are also buried here, along with Chinese soldiers who perished during in the 1930s and 40s; the tomb of Zhu Yuanzhang (朱元璋), the founding emperor of the Ming dynasty, is also just next door. This profusion of souls create the set-up for supernatural encounters, while the tomb’s massive 80 square-kilometer campus in the Purple Mountains adds to the eerie atmosphere, with many poorly lit paths winding through dense woods.

One spook said to haunt these tombs is an old man in a white funeral robe, who smiles at visitors. Another is an old driver-less van with broken windows that tours the mountain roads at night. The reflection of a white-robed figure has been spotted on Qianhu Lake, and the heavily wooded Longbozi (“Dragon Neck”) Road is also said to be haunted by spirits at night. 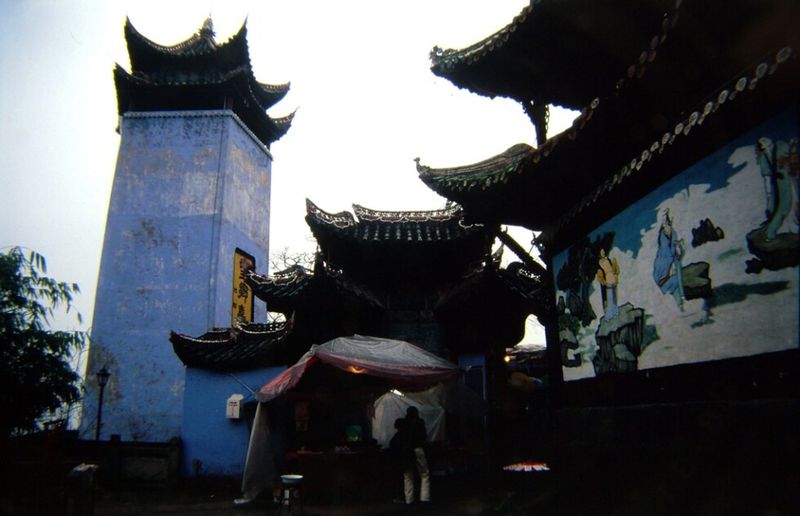 This county in Chongqing seems purpose-built to attract tales of the supernatural. According to ancient legends, this settlement by the Yangtze River is the location of the “Road to the Underworld,” by which spirits of the deceased must travel to the afterlife. Today, a ghost-themed tourist industry has grown up around Fengdu, where visitors can view rather graphic statues replicating the description of the underworld from ancient texts, or learn about the culture of ghost worship at some of the 88 temples and shrines in the area.

Modern-day legends about Fengdu include the generic tale of taxi drivers who pick up hitchhiking spirits by the side of the road, and a headless man spotted walking through the fields by a group of “sent-down youths” during the Cultural Revolution. Superstitious visitors do not take photos of themselves at the site, due to the belief that being photographed in the realm of the “King of Hell” is tantamount to signing one’s death warrant. 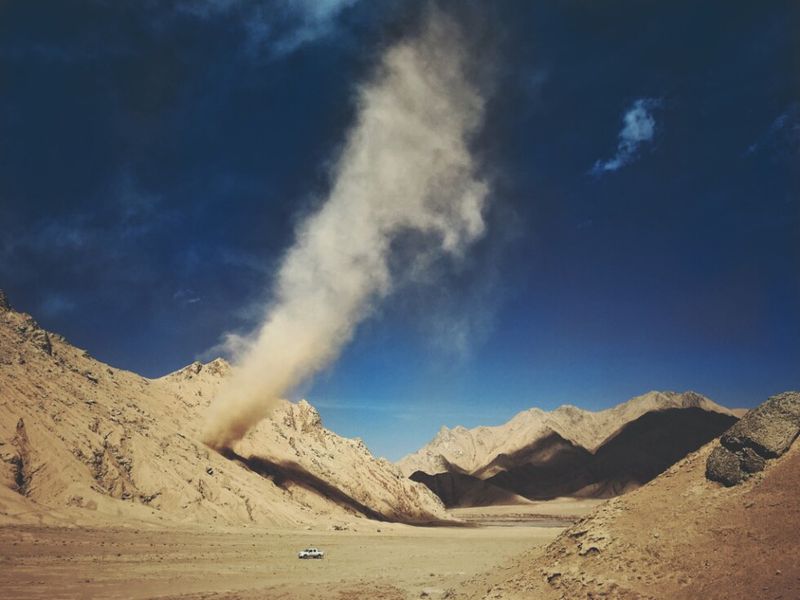 Known as “Narrow River” in Mongolian, this area in the Kunlun Mountains in Qinghai province has also been dubbed the “Valley of Death” and “Hell’s Gate.” It is one of China’s well-known uninhabited areas, and it is rumored that few people or animals who have ventured in have ever returned. It is subject to frequent lightning strikes, with animal carcasses often found after storms. It’s said that in 1983, a herder entered the valley to retrieve some horses that had wandered inside, but was later found dead with his face burned and clothes and shoes missing—but no sign of attack or injury on his body.

On the other hand, the isolated valley, located in the Qaidam Basin, is a haven for wildlife such as antelopes, birds, and snakes. Geomorphologists also take an interest in the area, as its terrain is supposed to resemble that of Mars. 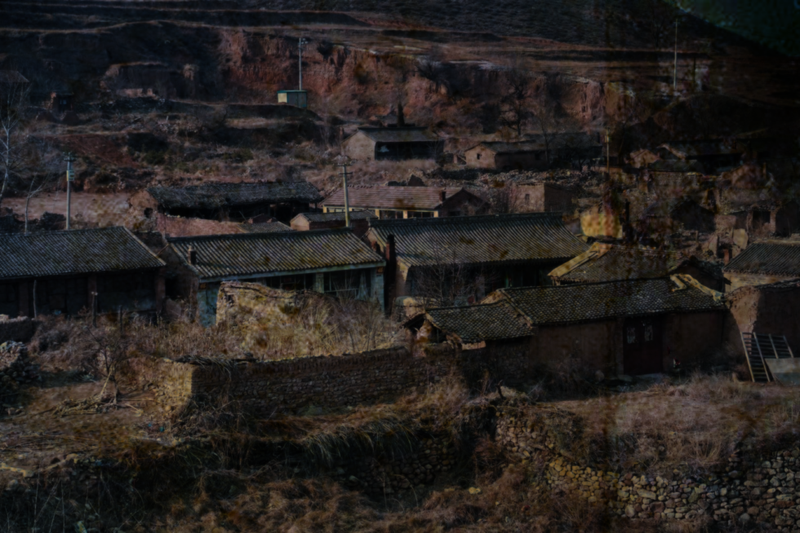 This abandoned village in the mountains of Wenzhou, Zhejiang province, saw 76 sudden deaths between 2000 and 2004, leading panicked residents to abandon their homes. Victims appeared perfectly healthy before developing sudden symptoms and dying within 30 minutes. After multiple investigations, health authorities attributed the cause of death to the harsh local environment and lack of medical resources, but the place continues to be known as “Ghost Village.” In 2008, a fire (which could have been due to outdated wiring…or not) destroyed 25 homes in the village, followed by another fire a month later, which destroyed 60. The spot is now popular among adventurous hikers who revel in the deep mountains, lack of mobile phone signal, and overall spooky atmosphere.