Rodents may not be everyone’s favorite type of animal, but as the first of the 12 Chinese zodiac (first because the rat won the legendary race held by the Jade Emperor, or so the tale goes) mice and rats have their place in Chinese history. Chinese rodents also, like their American cousins, have become animated stars in cartoons and children’s programs. 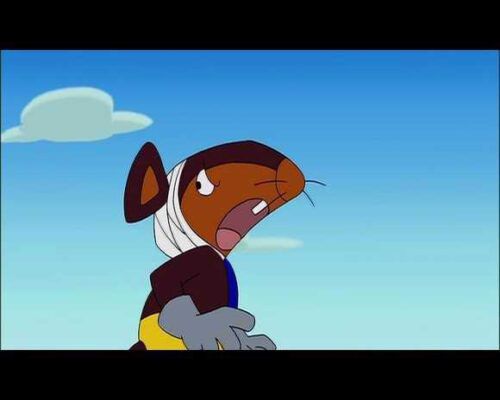 Originally aired in the 1980s, when Black Cat Detective was rebroadcast in 2006, critics bemoaned the shows’ violence (scenes featuring guns and blood were common) and questioned its suitability for children. Sounds good, right? The hero, Black Cat Detective, roams around a forest on a motorbike apprehending villains, the main one being a mouse named One-Ear. Why One-Ear? In the first episode of the show, the mouse has his ear shot off by Black Cat Detective. This classic cartoon is an adaptation of a novel with the same name, Adventures of Shuke and Beita (舒克和贝塔) by Zheng Yuanjie, the king of Chinese fairy tales. It tells the story of two mice who, unlike the rest of their kind, refuse to steal food. Shuke flies around in airplanes, while Beita is (somehow) a mouse-sized tank driver. In the cartoon, the pair meet by chance, befriend a young boy, and with his help they co-found an airline to help other animals. Wild…

The Blue Mouse and the Big Faced Cat 蓝皮鼠大脸猫

This cartoon, regarded as the Chinese Tom and Jerry, follows the adventures and mishaps of Blue Mouse and Big Faced Cat, along with two beetles that resides within Blue Mouse’s ear: Jin Doudou and Lv Fangfang. The show first appeared in 1995. 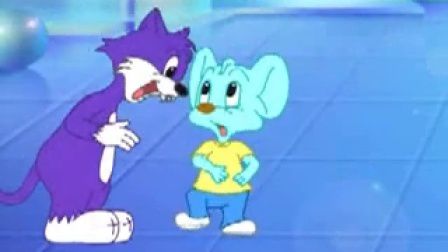 Taoqi (literally “naughty”) is a green mouse that is one of the main characters in 3000 Whys of Blue Cat, one of the first widely distributed Chinese animated series. The popular show focused on science. The series also has other mice as supporting characters, such as the pink mouse Ms. Gali 咖喱 and Yellow Mouse Fatty 肥仔. The main character of this cartoon is a badly behaved, and notoriously messy, boy nicknamed the Sloven King 邋遢大王. The cartoon features several rodent characters, with the Sloven King often shrunk down to the size of a mouse. The main antagonist of the story is the Mouse King.