“We don’t have enough of a community to support a Chinatown,” says Dr. Ling-Jun Wang, professor of physics at the University of Tennessee Chattanooga,  but “we do have a [Chinese] grocery store.”

Wang is one of the first of a modern wave of Chinese immigrants who came to the US after it normalized relations with the PRC in 1979. That same year, Wang arrived in Massachusetts, where he began working towards his PhD in physics. Since 1990, he has lived and lectured in Chattanooga, a quaint city nestled in the foothills of the Appalachian Mountains in Tennessee.

Only 2.42 percent of the city’s 180,557 residents identify as Asian. Despite the small population, the city boasts three Asian markets, a Chinese Association for community activities, and several restaurants, though most serve Americanized Chinese food. “The best Chinese restaurant is my home,” Wang jokes.

Known to most residents as “Chatt,” Chattanooga is deep in the conservative south. In 2016, 60.7 percent of Tennessee residents voted for President Donald Trump. Recently, Trump and his supporters have blamed China for the Covid-19 pandemic. In briefings, the President has insisted on referring to the “Chinese virus” or “kung flu,” and Sinophobic incidents are also on the rise across the US: In a report from March 26, Asian Americans reported over 650 racist encounters in one week.

These recent events are the latest in a long history of discrimination against Asians in the US, in which Chattanooga had its fair share. Yet despite historical and recent racial tensions across the country, the Chinese of Chattanooga have also put down roots and thrived, and continue to be proud to call this Southern city home.

The first Chinese came to Chattanooga in the 1840s and 1850s as railroad workers, mostly from southern Chinese provinces like Guangdong. They were hired because the rail companies couldn’t recruit enough white laborers at the wages the Chinese were willing to accept—30-50 percent lower than those offered to white workers. When the railroad work dried up, many Chinese stayed in the South, working in laundries or opening restaurants. These businesses had low start-up costs and minimal language requirements, and were considered “subordinate” and non-threatening to white workers in the American economy.

The 15 or so Chinese residents recorded as living in Chattanooga from 1880 to 1906 were a curious sight among the otherwise largely homogeneous population. Historian Gay Moore writes that all of the Chinese were men in the laundry business. Though small, the community was active; the men started a businessman’s club, celebrated festivals together, and purchased several lots in the Forest Hills cemetery. An article in The Chattanooga Times from 1896 remarks, “They made money fast, spent it without any evidence of meanness, and kept things moving at a lively gait.”

Newspapers at the time were particularly fascinated by Chinese burial rituals. An article from April 1890 describes how the Chinese men would celebrate the Qingming Festival, which they called “Hong Tong.” On this “picnic day for their dead,” the anonymous reporter describes how the “heathens” would pour rum, whisky, soda pop, chicken and rice onto their friends’ gravestones. He writes the Chinese would pray to “God, the devil, the dead Chinaman’s spirit, and to each other, keeping up a jabbering noise which to those who witnessed it was intensely amusing.”

But life was hard for the small band of men, and burials were far too common. Disease, discrimination, and depression all took their toll. Amid the broken and faded stones in the back corner of the Forest Hills Cemetery, visitors can still find the tombstone of Yee Men, a young man who committed suicide just two weeks after moving to Chattanooga in 1896. 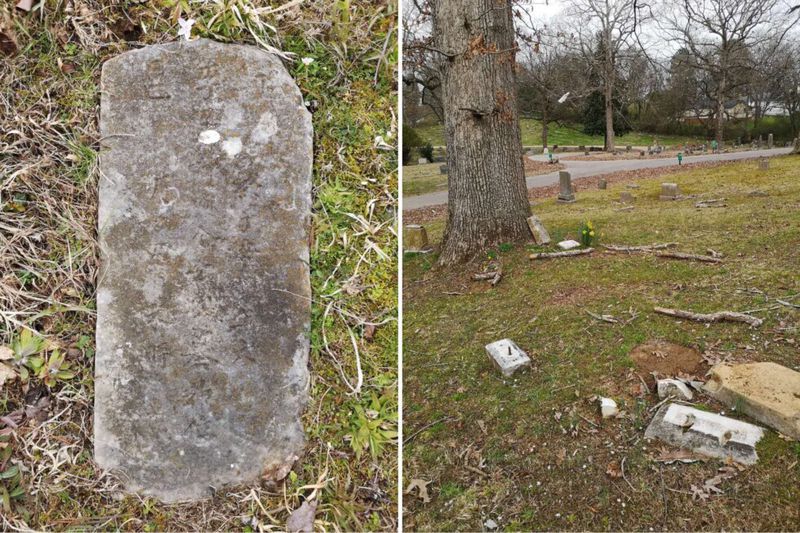 Tombstone of Yee Men (left) and the broken tombstones in the back corner of Forest Hills Cemetery (right), Chattanooga (by Daniella Silva)

In 1906, the last of the laundrymen died of tuberculosis, and his body was taken to Atlanta for burial. Rising anti-Chinese sentiment during the early 20th century meant that new Asian immigrants did not resettle in Chattanooga until at least 1965 when the federal government abolished the national origins quota on immigration, which had limited new Chinese immigrants to 2 percent of the total Chinese-American population in 1890, while accepting a higher proportion of European arrivals. Once the quota was ended, the Chinese population in America nearly doubled by 1980. Their numbers doubled again by 1990, and again by 2000, then continued growing at a slower rate.

Today, Chinese immigrants say Chattanooga is a much more welcoming place. According to Lucy Lu, president of the Chattanooga Chinese Association, though southerners still “pay a little bit more attention” to race and culture than northerners do, she doesn’t believe the South lives up to its racist stereotypes. “As an immigrant, you need lots of time to merge into the culture and the society,” she says. It’s normal, she believes, for a community to be “conservative” before accepting a new immigrant with open arms.

There are benefits to settling in the South. Lu loves the relaxed southern attitude in Chattanooga compared to the rush of metropoles like New York, Seattle and Los Angeles. Originally from the northeastern Chinese city of Harbin, Lu came to Chattanooga with her husband in 1997 to study accounting, and now works as an accountant for an affordable housing non-profit and has two sons. Her youngest attends weekly Chinese lessons offered by the Chattanooga Chinese Association, whose members, including Lu herself, volunteer to teach the class on a rotating basis.

“It’s not hard to maintain the Chinese-speaking environment because we always have new immigrants arriving,” Lu says. “What’s hard is to encourage our next generation to still learn the language.” Though Lu and her husband speak Mandarin at home, “Our influence on them at home isn’t enough for them to grow the habit of speaking Chinese language,” she says. Her eldest renewed his interest in Mandarin as he grew older, and is currently taking a university elective in Advanced Chinese. 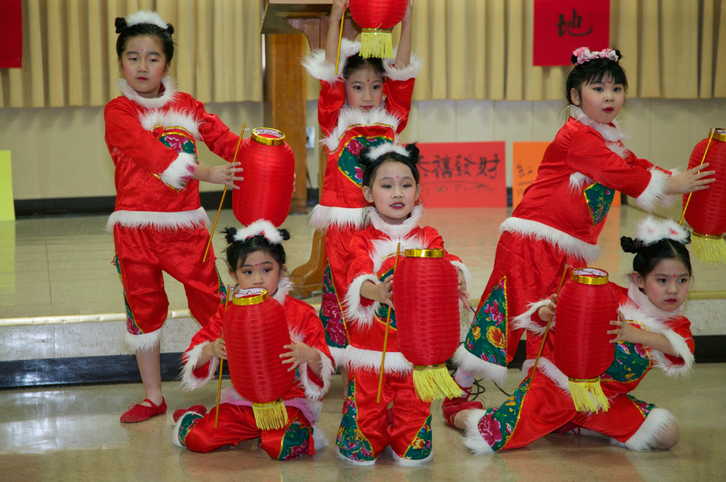 There are occasional internal conflicts in the community. When Wang came to Chattanooga in 1990 to teach, most of the Chinese residents were immigrants from Taiwan. “I was the first from mainland to actively participate in the activities of the Chinese community.” Although he has always felt welcomed, he laments that some fellow immigrants from Taiwan remain suspicious of him. “They still take me as a communist,” he sighs.

Wang has also run into conflict with local Chinese Christians. As a “country boy” from Jiangxi province, Wang learned to lead the dragon dance. When he moved to Chattanooga, he was excited to teach the dance to other community members for an upcoming cultural demonstration. All was going well until the pastor from the local church preached a sermon condemning the dragon as a demonic symbol. “The pastor believed the dragon is the [Biblical] serpent,” Wang said.

Without the Christians, Wang didn’t have enough dancers to hold up the dragon poles. These events spurred him to write an essay on the symbolism of the Chinese dragon to convince the parishioners that the dragon dance is not a demonic ritual. The dance went ahead as planned.

At the time of writing, Lu did not recall any Sinophobic incidents or hostility towards Chinese residents in relation to Covid-19. “I’m sure there will be some,” she said, “but I don’t remember stuff like that in my past experience.” Wang too was adamant that he had not experienced discrimination in Chattanooga because of his race.

Instead, both believe that however local, national, or international politics may play out, the Chinese community can and will find acceptance in Chattanooga. “This is my life. This is my home. When you consider yourself part of the family, other people will accept that too,” Lu says.