On May 20, China’s “internet Valentine’s day,” the Global Times reported that Chinese fans of “boy’s love” dramas had taken to social media to profess their love for fictional on-screen same-sex couples, with some fans even paying videos of their favorite gay couple to be played in a busy shopping district in Guangzhou.

The surge of social media love letters and promotion is the latest act of fandom by the growing number of Chinese women who can’t get enough of boy’s love (BL) TV dramas and web-fiction. Fans of the genre suggest the on-screen romances teach acceptance of homosexuality and help promote LGBTQ rights. But the representations of homosexual love are often warped to appeal only to the fantasies of their female fans, creating unrealistic perceptions about gay men. 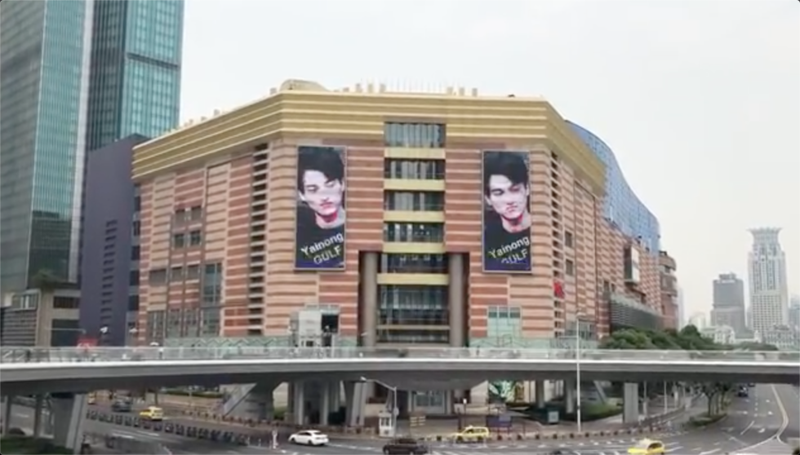 Originally inspired by Japanese yaoi comics, BL is male gay romance written mostly by and for straight women. The genre came to China in the late 1990s, and has grown from there. In a 2014 interview with TWOC, Emma Zhou, an English broadcasting student at the Communication University of China, estimated that as many as 40 percent of young Chinese women consume BL literature. The popularity of recent BL television adaptations like The Untamed, which has over 6.5 billion views on Tencent Video (and was picked up by Netflix in October last year), suggests a thriving fandom. 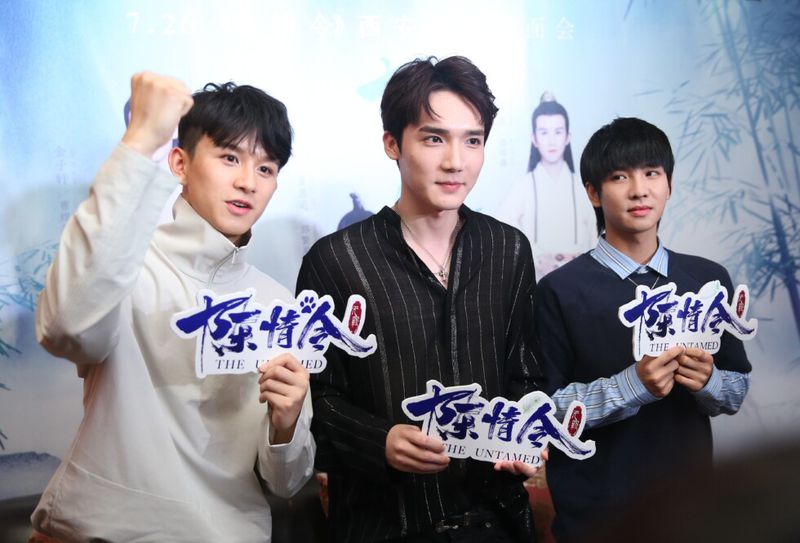 Lou Qun, an MA candidate studying parasocial interactions in BL fan communities at the Communication University of China, has been reading BL novels since 2015, and produces her own BL audio dramas on Weibo. Heterosexual romance novels make Lou uncomfortable, especially if they are written by a male author, because they feel too “real”—like she’s being hunted by the male character. “If [the romance] is between two men…I will feel safe to experience my own desires,” Lou tells TWOC.

The men in BL stories are written to pander to female fantasies—dashing, sexual, and emotional. “If the novel’s main characters are ugly men, I won’t like to read or watch. I like to view two beautiful male bodies on the screen,” says Lou.

A 2018 study published in the journal Sex Roles confirmed that homosexual couples in BL stories tend to act out heteronormative gender roles. For example, a more “masculine” man is paired with a “feminine” man, and their behaviors are similar to those of a man and a woman in a traditional heterosexual romance story.

These stereotypical representations of homosexual relationships have been criticized by LGBTQ groups in China. On April 5, the Beijing LGBT Center hosted a WeChat debate on the topic: “Do BL works help people understand LGBT more or mislead people?”

BL media has a much darker side too, with scenes of rape common in novels. In the classic BL plot, the seme (dominant partner) pursues the uke (submissive partner) who is often very young or has stereotypically feminine traits. After a long struggle, the relationship is consummated when the seme forces themself on the uke, an act that supposedly symbolizes pure and desperate love.

Nearly all BL comics end with the two male leads falling in love and living happily-ever-after, seemingly making light of rape and the potentially pedophilic nature of their relationship. Zhou argued that the prevalence of rape in BL novels reflects more on heterosexual women’s kink fantasies than on society’s beliefs about gay men: “I think people just naturally like S and M.”

But Claire Forster, a queer and trans author, believes BL creates harmful perceptions. “In gay romance novels, the truth of the man’s queerness is erased…The author handles her gay characters like dolls, using them to act out her desires,” Forster writes in the online blog, Electric Lit.

Despite the sterotypical representations in BL fiction, BL fans in China have been part of calls for greater recognition and acceptance of homosexuality in the country. In December 2019, when a spokesperson for the National People’s Congress announced publicly that the commission had received over 230,000 citizen requests to legalize same sex marriage, prominent members of the BL community were quick to promote the news.

“I’m more familiar with [gay people] than other people like my teachers or my parents, [who] don’t have a concept of ‘gay,’ but I understand that two men can have romantic feelings for one another,” Lou argues, while claiming that many of the male voice actors for her audio dramas are gay themselves.

Despite growing awareness of LGBTQ issues in China, BL content is not immune to censorship. In March, the US-based fan fiction website, archive of our own (AO3), was blocked in China after fans of The Untamed actor, Xiao Zhan, reported the site to government censors for a sexually explicit novel that imagined Xiao as an underaged, cross-dressing prostitute.

But until that incident (which arose from China’s unique brand of fanatical fan culture), AO3, which hosts many BL fanfiction creations, had been ignored by Chinese censors. “I don’t think the Chinese government really cares what an individual’s sexual orientation is,” says Shawn Suyong Yi Jones, a PhD candidate at Concordia University who studies queer East Asian identity. More concerning to the Communist Party is the formation of a “global gay identity” and “Western political activism” that could challenge its authority, Jones asserts.

The failure so far to grant homosexuals greater social rights has more to do with  entrenched cultural barriers and political calculations, argues Jones: “‘Abnormal’ sexuality, and this includes homosexuality, are often pushed out because these do not help to reproduce the nation through traditional reproductive sex.”

As cultural and societal attitudes slowly change, BL content remains one of the main avenues for homosexual representation in China’s media landscape. While gay relationships on screen and online may be far from reality, BL shows may give greater awareness to a community whose members were legally considered to have a mental disorder until 2001—at least, according to their fans. As Lou argues, “The more BL novels I write, the closer I feel to this group.”