Standing over the site of a famous ancient battle, Su Shi (苏轼), better known as Su Dongpo (苏东坡), pondered the transience of history in his poem “Reflections on the Ancient Red Cliffs”: “The river turns to the east/ Waves have dredged the area/ For one thousand years back to antiquity, no trace of all the battles and their heroes.”

But contrary to Su’s declaration that famous figures oft fade from public memory, the Song dynasty poet is being celebrated nearly a thousand years after his own life (1037 – 1101) in a large-scale exhibition at Beijing’s Palace Museum. The special exhibition is part of the Forbidden City’s 600th anniversary celebration, and will be open until October 30.

For lovers of the polymath poet, calligrapher, horticulturist, pharmacologist, and foodie, the exhibition features 76 cultural relics surrounding Su’s influence through the ages, from his own famous works to innumerable tributes from friends and admirers from future generations.

Born in Meishan, Sichuan province, Su was a scholar-official who held posts in Huazhou, Hubei province and Huizhou, Guangdong province, and was eventually exiled to Danzhou of Hainan province. Despite his political demotion, he was much admired by contemporary literati for his poetry and calligraphy, and by the common people for his thoughtful political reforms. Today, he is one of the most celebrated literary figures of the Song dynasty, and schoolchildren often learn his verses by heart. 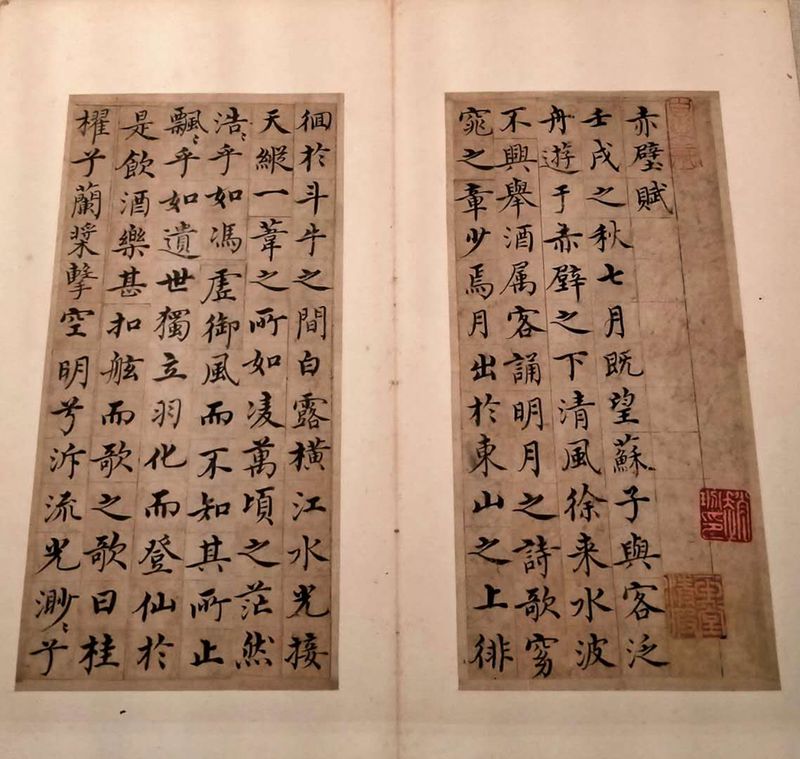 The exhibition is divided into four sections: The first section introduces Su and his circle of contemporaries, bringing to life the era in which he lived. The second displays Su’s poetry and the works of art it inspired, including paintings and ceramics. The third section exhibits Su’s calligraphy and the calligraphy of others he influenced. The final section collects assorted works and objects that curators claim reflect Su’s “spiritual world,” relationships with those around him, and outlook on life.

At the entrance of the exhibition hall, the elegant traditional Chinese architecture is decorated with a gauze curtain, recreating the genteel lifestyle of literati and evoking the mood of Su’s classic poems.

Hanging on a wall in the rear of the hall is the painting Later Scroll of the Red Cliffs by imperial painter Ma Hezhi (马和之) from the Southern Song dynasty (1127 – 1279), which was inspired by Su’s essay of the same name. The artist draws a rowboat on a river offset by a flying white crane, vividly reimagining Su’s journey to the ancient battle site in Hubei province. The painting is said to convey Su’s optimism, as he is able to look up to notice a beautiful bird despite struggling to traverse steep mountains and torrential waters. 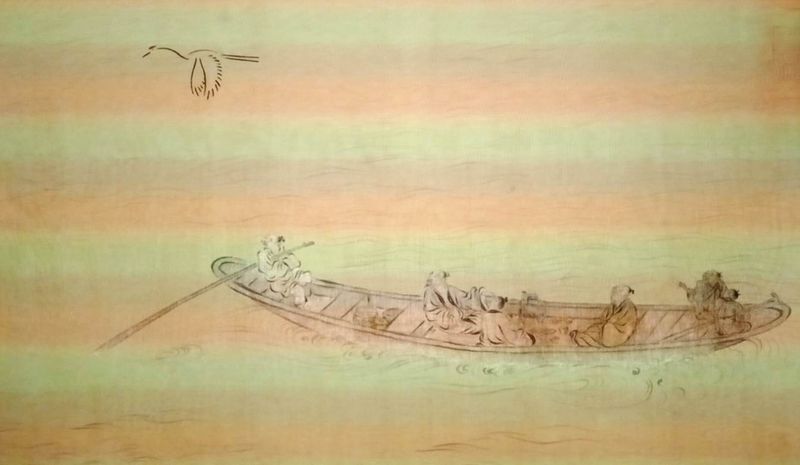 Although the exhibition features some classic works of calligraphy by Su, such as his renowned Signature on Governing a Peaceful Nation, most of the pieces on display are copies from later eras, illuminating the far-reaching influence of Su’s work. Su’s strokes also reemerge on other artifacts, through mediums as varied as porcelains and stone tablets.

A highlight of the exhibition is an ink painting by Li Zongmo (李宗谟) of the Ming dynasty (1368 – 1644), depicting Su in a bamboo hat and sandals on a rainy day. The painting draws from Su’s poem “Calming the Waves,” in which he meditates on “passing a life in a straw cloak in the mist and rain (一蓑烟雨任平生),” a metaphor for living free of petty fears and worries. The image of Su smiling gently in the rain has been imitated again and again in paintings ever since, an evocative portrayal of Su’s spiritual clarity and strength. 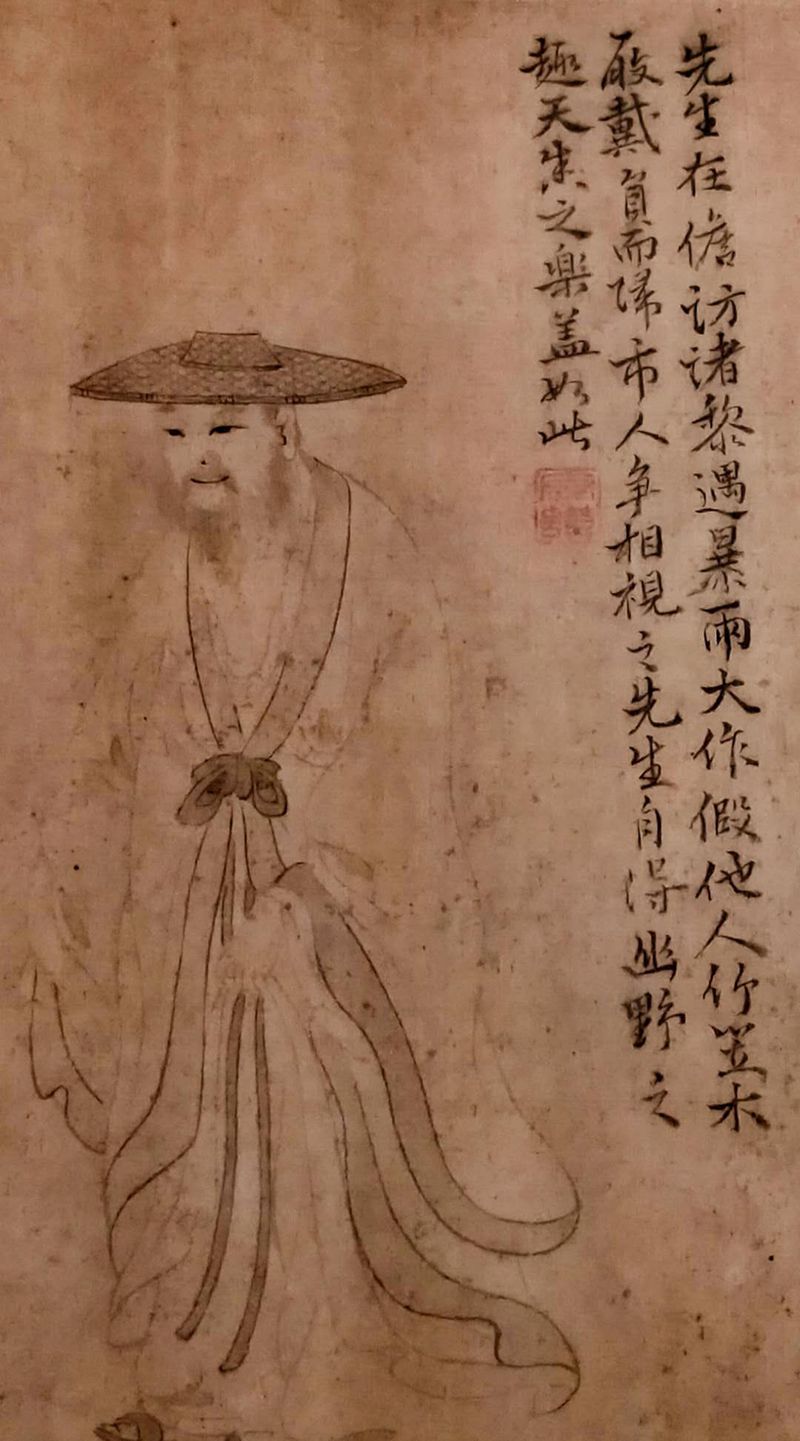 “Su belonged to an era of numerous literary and artistic giants. He was a product of his times, but also defined his times,” Yu Wentao, a researcher at the Palace Museum, told People.cn. Other figures of Su’s era featured in the exhibition include Su’s teacher Ouyang Xiu, his fellow scholar-official (and later rival) Wang Anshi, and his student Huang Tingjian. The works of these contemporaries, celebrated calligraphers in their own rights, help weave the story of Su, his friendships, and his times. 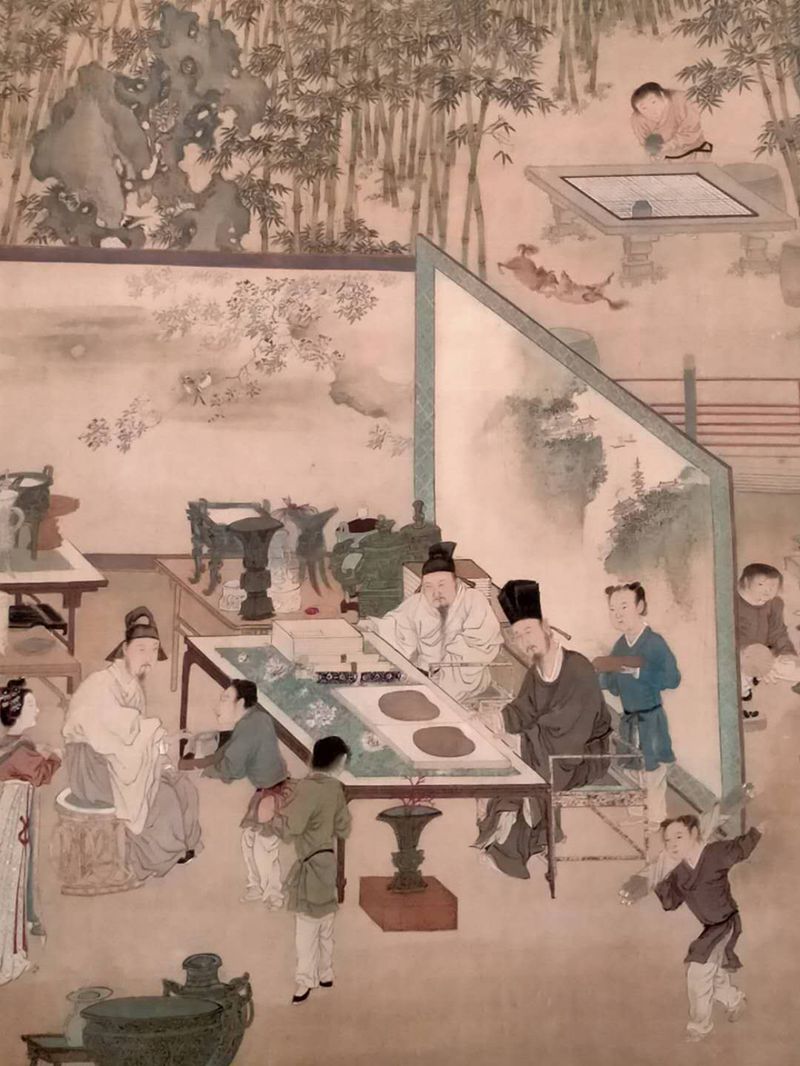