“Better than a saddle I like sandals and cane/ I’d fain/ In a straw cloak, spend my life in mist and rain（竹杖芒鞋轻胜马，谁怕！一蓑烟雨任平生。）.” The verse is just one of many famous lines from the 11th century poet Su Shi (苏轼), better known under his pen name Su Dongpo (苏东坡), reflecting his tenacity and open mindedness.

Su is considered perhaps China’s greatest ever poet. Born during the Song dynasty (960 – 1279), he was described as “an incorrigible optimist, a great humanitarian, a friend of the people…And yet that might miss the sum total of what made up Su Tungpo,” by renowned 20th century writer Lin Yutang in his 1947 biography of Su.

But the great poet not only lives on in verse, but in a number of culinary dishes that bear his name and his association. Su, unlike most other literati of the time, wrote extensively on food, often crafting poems for his favorite dishes. Below are some of the dishes made famous by Su: 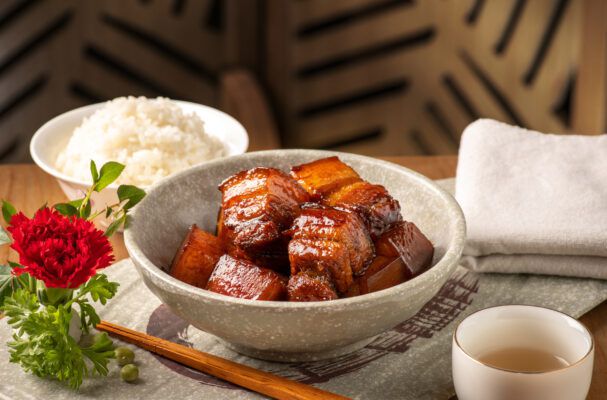 The most famous and popular dish associated with Su was invented by the man himself, though in a slightly haphazard way. Su was an official in the Song court, but after disputes with another mandarin, Wang Anshi (王安石), he was semi-exiled to serve as an official in Huangzhou, now Hubei province, without real power and no stipend. Su lived as a commoner, tilling the land and, of course, learning to cook his own meals, while still writing his poetry and calligraphy.

Su grew found of the nature, and food it provided, surrounding him. In his Upon Arrival to Huangzhou (《初到黄州》), Su wrote “living in the loop of the Yangtze, I have a taste for fish; bamboos hill after hill, I’m keen on their delicious shoots (长江绕郭知鱼美，好竹连山觉笋香).”

Su is widely credited with creating the slow-braised pork dish that now bears his name. Braising the meat on a low heat for hours, the meat would become beautifully tender. Patience was the key to the dish, as it was to Su’s philosophy on life. In his Ode to Pork (《猪肉颂》), Su wrote, “Waiting patiently, rushing has no meaning/ When the pork is braised long enough, it will become delicious (待他自熟莫催他，火候足时他自美).”

But the dish didn’t become associate with Su until his tenure in Hangzhou, now Zhejiang province. Su ordered West Lake dredged and a causeway (now known as the “Su Causeway” or 苏堤) built to prevent river floods. While Su was in the city, Hangzhou locals, knowing his love of pork, would greet him with gifts of meat. Su, after braising the pork, would sliced it into neat cubes and deliver them to the workers who dredged the West Lake, or so the story goes. 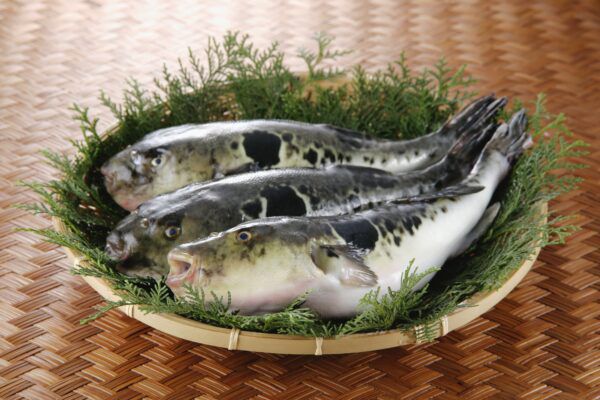 “When Dongpo held an office in Changzhou, he began to favor puffer fish. A cook in an official’s family can cook it and the official called Dongpo tasted the fish. After chewing for a while and became silent, which panicked the host. Suddenly, Su put down his chopsticks and marveled ‘My life is worthless without it!’” wrote Sun Yi in his Editions to the Son (《示儿编》) during the Song dynasty—Dongpo had fallen in love with hetun (河豚）, a type of puffer fish also known as globefish or fugu.

In 1085, Huichong (惠崇), a painter and monk, requested Su write a poem for his artwork River Scenes on a Spring Evening (《春江晚景》). Although there were no fugu in the painting, Su still obsessed over the tasty dish: “The land overrun by weeds and water studded with reeds, it’s time for globefish to swim upstream (蒌蒿满地芦牙短，正是河豚欲上时).”

Zhang Lei (张耒), a student of Su’s once wrote, “Wormwood (蒌蒿), reed bud (芦芽) and cabbage (菘菜) are best matches for fugu.” Fugu remains associated with Su to this day. 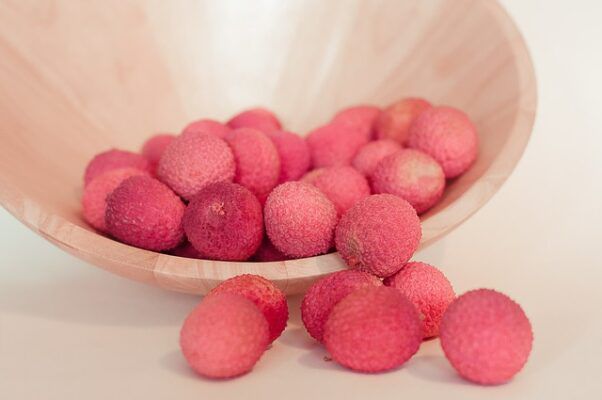 “Coated with red veil and white skin like the beauty (红纱中单白玉肤),” Su wrote in his First Taste of Lychee on the Eleventh Day of April (《四月十一日初食荔枝》). Lychees had long been considered a deliciously decadent treat. During the Tang dynasty (618 – 907), many horses allegedly died of exhaustion when transporting the fruit from Lingnan (a region in present day Guangdong and Guangxi) to Chang’an (Xi’an), some 1,600 kilometers, so that Yang Yuhuan, the favorite concubine of Emperor Xuanzong, could eat them fresh. When Su Dongpo was dispatched to Ling’nan, he too fell in love with the sweet fruit.

“Eating three hundred lychees every day, I would long live in Ling’nan (日啖荔枝三百颗，不辞长作岭南人),” continued Su’s poem on lychees. At the time, Su had been exiled again, this time to Huizhou, Guangdong province. As he was removed further and further from the center of power, he became more and more interested in nature and a “common” life, indulging in the simple pleasures of food.

While most ancient literati perceived themselves as serious figures of scholarship and nobility, and scorned worldly pleasures like food and cooking, Su Dongpo found escapism and inspiration in his “ordinary” life to creating extraordinary poetry. Su may be best known as a poet, but he lives on in the scent of slowly braising sweet pork and the juicy flesh of ripe fruit too.