We’ve all been there: in a restaurant next to a small child playing a cartoon at high volume on a smart phone, or on a train where they run and scream in the carriage, while their indifferent parents watch on.

What these parents may not know is that they are actively nurturing one of the most destructive creatures one could encounter in public, “bear kids,” or xionghaizi (熊孩子). A term originating from the dialect of northeastern China, where xiong (熊) describes annoying or rude habits, xionghaizi, whether toddlers or teenagers, often make headlines with their destructive deeds and the shocking consequences.

This past “Golden Week” holiday saw a number of enfants terribles wreaking havoc across the nation: A teenage tourist was caught on camera kicking and breaking a cactus at a Guangxi scenic site with his mother present. The two fled the scene, but were later caught and fined 500 RMB, while the mother pleaded that her son was “still a child.” In Hainan province, a little boy repeatedly kicked and damaged a cinema screen. His parents, who sat calmly in the audience while this happened, are now required to replace the screen and compensate the cinema for lost income from suspended film screening.

Taking children to an art or history exhibition is educational, but sometimes knowledge comes with a high price. Zhejiang Museum of Natural History saw a number of uncivilized young visitors last week. Despite being warned by museum volunteers, they touched the specimens and even threw rocks at them, and broke a glass exhibit worth tens of thousands of RMB, all under the disinterested watch of their legal guardians.

In August, a viral video depicted a young teen holding on to a table displaying jade accessories while dancing carelessly in a shop. When he slipped and fell, the table overturned and everything was smashed on the ground. The adults present even neglected to help him, so busy were they staring in shock at the “massive destruction” which amounted to hundreds of thousands of RMB. 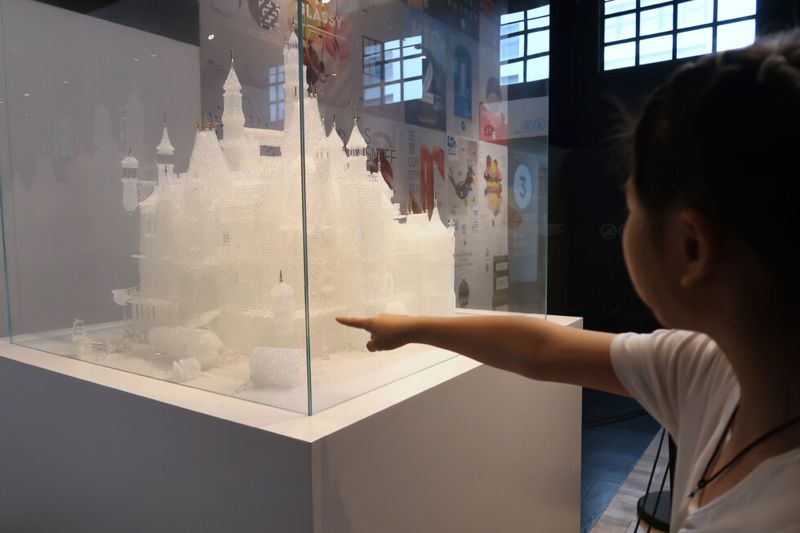 More often than not, the damage cannot only be measured by renminbi. During a visit to Shanghai Museum of Glass this July, a pair of particular lively children chased each other through galleries full of fragile exhibits, and knocked into none other than the world’s largest glass castle sculpture, worth 450,000 RMB. Though it was covered by a glass case, the sculpture lost one tower, and various parts were smashed into pieces.

Though the parents apologized and agreed to pay compensation to repair the damage, rebuilding is easier said than done, as the 60-kilogram handmade glass castle contained 30,000 pieces, and had taken 500 hours to finish by the Arribas Brothers in the US, who are unable to fly back to China due to the Covid-19 pandemic. Visitors can still find the damaged sculpture in a corner on the second floor of the museum today. 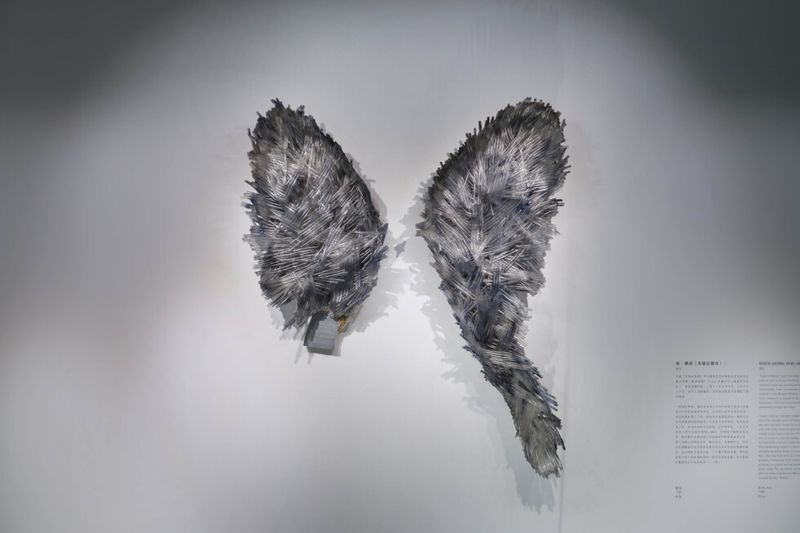 This was not even the museum’s first brush with xionghaizi: “Angel is Waiting,” a piece in the museum’s permanent collection, was a pair of intricate glass wings inspired by artist Shelly Xu’s new born daughter. In 2013, two children broke into the exhibition area to play with the art work, tearing parts of it off while their parents stood aside and even recorded the whole event on their phone. Created using a one-piece firing process, the art work is irrepairable, forcing the artist to rename it “Broken.”

Another unfortunate art casualty was a 120-year-old Chinese ink painting scheduled to be auctioned off at Christie’s in Hong Kong in May 2019. At the auction preview, a child managed to completely tear off the bottom part of the painting. Estimated to be worth 1.3 million to 2.1 million RMB, the item was pulled from the auction. Luckily, it is repairable, and the parents agreed to cover the fee, though its market value would probably drop due to the damage.

China’s “one-child policy” has been criticized for creating “little emperors,” single children who become spoiled and bratty due to the excessive amount of attention and material rewards they receive from their parents and grandparents. The problem of kids running riot, though, existed much earlier. Writer Lu Xun, known for his social observations and criticism, wrote in the 1920s: “The middle-class families in China have only two ways of raising their children. The first is to spoil them into bullies without any constraint on their behaviors…making them into tyrants at or close to home. The second is to treat them with coldness and harsh criticism, even violence, making them overcautious, like a slave or puppet; the parents happily regard this as tinghua (obedient).”

Modern Chinese families are still on their quest to find a set of family education principles fit for a modern society, leaving behind traditional Confucian views of filial piety. In the meantime, due to the destructive behaviors of xionghaizi, some netizens are calling to ban entry of children to certain exhibitions, and tighter security measures for museums and organizations. Others are suggesting a permit to procreate, or more seriously, courses in responsible parenting—which parents may want to consider, at least for the benefit of their own wallet.