In Yong’an city, beasts and humans coexist, but tension keeps a distance between them. “The beasts all want to eat people, just as people eat them,” the reader is told in Yan Ge’s Strange Beasts of China.

But as the book’s narrator investigates the lives of different species of beasts that roam the city, she finds that their stories are intertwined with her own, and that perhaps there is a bit of beast within every human.

A writer and amateur zoologist, the unnamed narrator is tasked with recording the stories of the beasts that both fascinate and appall the city’s human population. Sorrowful beasts prefer cold and dark places, and enjoy tangerine pudding and cauliflower. The males have scales on their left calf, fins attached to their right ear, and dark green skin around their belly button.

If a sorrowful beast smiles, she discovers, then they are doomed to death. Flourishing beasts are born from the soil and are skilled horticulturalists, while sacrificial beasts have low hanging ear lobes with saw-toothed edges, possess remarkable resilience, and are violent and suicidal. Some beasts have ancient histories, while others were crafted in labs as companions for humans.

Each species gets its own chapter, and what proceeds is part bestiary, part thriller. But what begins as a zoological investigation becomes personal for the narrator, as the beasts’ stories reveal secrets from her own past. The beasts prove remarkably human as they weave narratives of love, despair, and death.

Our narrator is never a passive observer of their world—she forms relationships with the beasts, “taming” some of them and inviting them into her home. She becomes embroiled in adventures that are dark, and sometimes brutal, as she discovers the painful secrets of the beasts’ nature and the cruelty of humans.

As she goes about recording her interactions with various beasts for her newspaper column, the narrator is mentored and often misled by a stubborn, at times infuriating professor and father figure. His clinical approach to research and apparent lack of sentimentality drives our narrator to rebellion.

Theirs is the central relationship in the book, and its intensity is always bubbling beneath the surface of Yan’s magical realist narrative. The professor looms large over all the twists, turns, and revelations that each encounter with a different beast brings. Yet he remains distant, and relays messages through his protégé, Zhong Liang, who becomes a sidekick to our narrator. 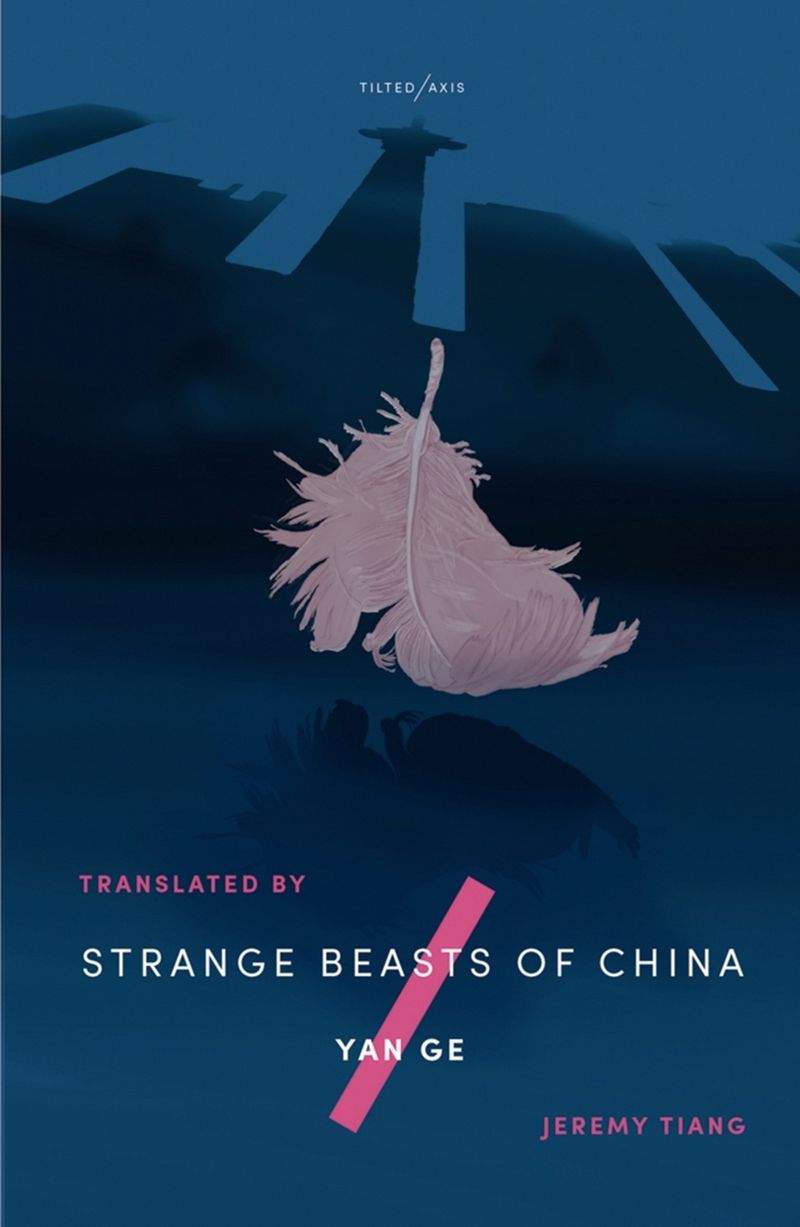 Originally serialized for a magazine, each chapter of Yan’s novel reads like its own detective short story; most provide multiple revelations within. Mystery constantly hangs over Yan’s narrative, as the true nature of each beast reveals itself over the course of each chapter. The narrator’s own story, her relationship with her mentor, and the nuggets she uncovers about her past provide the thread linking all the parts of the story together, and presents the core intrigue of the novel.

The line between beast and human becomes blurred as Yan explores the ideas of identity and otherness through her allegorical tale. The narrator’s empathy for the beasts she encounters starkly differs from the way they are viewed by most humans in the city. “When people in Yong’an talked about beasts, they told stories about meeting or spotting these creatures, slicing them up or analyzing them,” she muses, “but no one ever wanted to know what kind of lives they led.”

As the drama intensifies, and the moral bankruptcy of Yong’an’s human population emerges, eventually there seems little difference between the savages and the civilized. “Not one of them is innocent,” the narrator remembers the professor telling her. Reading these reflections, it is difficult not to draw parallels with the way real-world societies treat outsiders in their midst: rural migrants in Chinese metropolises, or foreign immigrants in much of the Western world.

Yan writes with fluidity, emotion, and wit, imbuing the narrator and her relationships with increasing complexity as she struggles under the weight of life in her riveting world. Yong’an is an unsettling place to be—obsessed with stability and order, but constantly embroiled in crises and gripped by collective hysteria. The government has launched a mysterious campaign to cull all birds in the city, and beasts which kill themselves are to be exterminated because they had become “trendsetters in the world of suicide.”

When a mysterious illness from Southeast Asia causes sufferers to become rioters, citizens take to the streets to call for returning tourists from affected countries to be euthanized at the airport before they can infect the residents “in order to keep Yong’an safe from the taint of violence, and to preserve our ranking in the Ten Most Civilized Cities.” Yong’an is a chaotic industrial center with a cold heart, haunted by wild nature at night and the world of the dead underground.

The chaos and absurdity of it all, mixed with Yan’s fantastical and imaginative bestial creations, make the world a compelling place for the reader to inhabit. This is an exaggerated but familiar Chinese setting, complete with “fascist” slogans on the walls imploring citizens to “Build a Civilized Society! Have Better People as your Neighbors!” The suffocating atmosphere sweeps up the middle classes into hysterical lust for stability; “as for the rest of us—vagrants and fugitives, peasants and artists—we looked on from a distance. Soon we, too, would be swallowed whole.”

First published in 2006, when Yan was just 22 years old, Strange Beasts has long lacked the English edition it deserves. Jeremy Tiang’s expert translation transmits Yan’s writing full of cynicism and wit, grace and peril. Yan, who published her first short story collection when she was just 17, often invoked Chinese myths, gods, and ghosts in her early works, much of which focused on her home province of Sichuan. In 2012, she was awarded the English Pen award for her novel, The Chilli Bean Paste Clan, a tale of family dysfunction in Sichuan translated into English by Nicky Harman in 2018.

Since Strange Beasts, Yan’s writing has moved away from the fantastical, and she has started to write in English since moving to Ireland in 2015 and later to the UK. Commenting on the translation of Strange Beasts, Yan wrote on social media of her surprise at rediscovering “the unconcealed rebellion, cynicism, bravery and romanticism of being painfully young.”

That cynicism and bravery makes for an engrossing narrative, where danger is ever-present as the narrator’s journey into the beasts’ cultures becomes a murky tale of betrayal. Illumination is punctured with moments of loss and desperation. As the novel progresses, the beasts reveal themselves to be more complex, more conflicted, and more human than expected.

“My mother used to tell me, ‘You can’t be sure that beasts aren’t people, or that people aren’t just another type of beast,’” the narrator recalls. “But that wasn’t how things were. People would always be scared of beasts.” 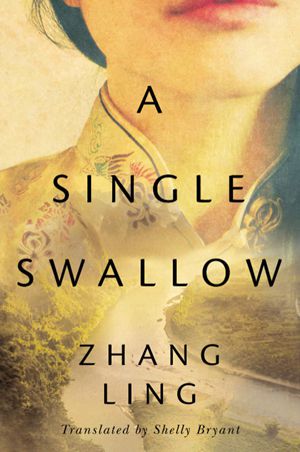 Translated into English by Shelly Bryant, Zhang Ling’s 2017 novel tells the story of a woman, Ah Yan, through the memories of three ghosts who loved her: Chinese soldier Liu Zhaohu, American missionary Pastor Billy, and American naval officer Ian Ferguson. The three men, who fought together in a Chinese village against Japanese invasion, reminisce on their first loves amid war and immense suffering. Zhang, a writer born in the 1950s, has published nine novels. A Single Swallow is her latest. 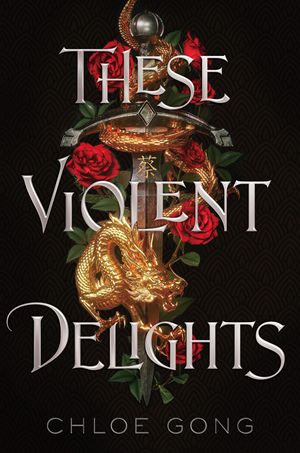 Take Romeo and Juliet, set it in 1920s Shanghai, and throw in an infectious madness that causes its victims to claw their own throat out:These Violent Delights teems with romance, intrigue, and murder. Juliette Cai, the daughter of a gang leader, and her ex-lover Roma Montagov, a Russian émigré, team up to stop the terror while their families fight over control of Shanghai—along with the Communists, Kuomintang, and foreign powers. The story features a cast of LGBTQ+ characters, including Juliette’s transgender cousin and sidekick. Chloe Gong’s debut young adult novel turns Shakespeare into historical fiction for a contemporary audience. 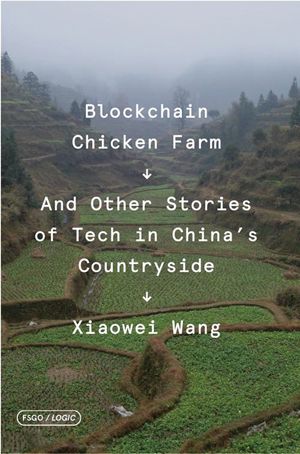 Blockchain Chicken Farm: And Other Stories of Tech in China’s Countryside

From chickens with FitBit-like health monitoring devices, to pesticide-spraying drones, Xiaowei Wang explores communities and industries in rural China that are adopting high technology with enthusiasm and at startling scale. A former Silicon Valley software engineer with academic training in geography, Wang has written a book that portrays high capitalism in seemingly far-flung corners with humorous vignettes of human actors behind global supply chains, interwoven with dense meditations on culture, policy, and technology. – Tina Xu (徐盈盈)

The Beasts Within is a story from our issue, “You and AI.” To read the entire issue, become a subscriber and receive the full magazine. Alternatively, you can purchase the digital version from the App Store.