Since it was first published in 16th century, Journey to the West has been one of the most influential literary works in China. It’s no exaggeration to say that China has a complex about the Monkey King. But what if the the Monkey King and his fellows are all played by Western actors outfitted in superhero-style costumes?

This is actually a thing now. A TV series named The Legend of Monkey, consisting of 10 half-hour episodes, is under production in New Zealand and is expected premiere on ABC, TVNZ, and on Netflix in 2018. Produced by the Oscar and Emmy-winning production company See-Saw Films together with Jump Film & TV, this new show features a teenage girl and three fallen gods on an adventurous journey in attempts to end a demonic reign of chaos and bring peace and balance to the whole world. And they look like this: 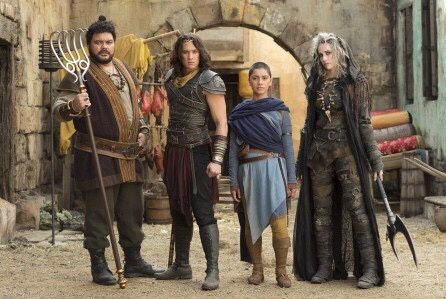 In this show, Tripitaka or Tang Sanzang, the pious monk in the book, becomes a young girl, played by actress Luciane Buchanan. The popular Monkey King, Sun Wukong or Qitian Dasheng in the novel, looks just like the fantasy hero of a Western medieval drama. Zhu Bajie, or Pigsy， no longer has the face of pig. And Sha Wujing, given the name Sandy in some English translations, is completely different from that dull monk with heavy beard that nobody can remember; instead, Sha here is a icy goddess.

For Chinese audience who heard this story in the cradle, it was frustrating to find that they could hardly tell which character was which in the publicity photo shown. Because, in their mind, those characters should look like this: 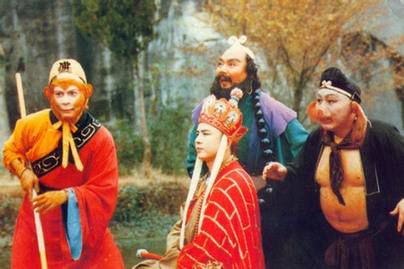 So naturally, they took their outrage to social media”

Go ahead. We have secured the coffin of Wu Cheng’en (the author of the original novel) for you [i.e. in case he rolls over].

Are they forcing us to produce a Wuxia version of Harry Potter?

Tang Sanzang: “Maybe you won’t believe it, but I am a woman.” That could explain why Tang Sanzang was never seduced by those female spirits.

These comments are just the tip of the iceberg regarding how Chinese people feel about this, uh, extremely innovative adaptation (we’ve left out the ones with all the swearing, after all, and let’s not even talk about issues like “whitewashed casting”). After all, as one of the Four Great Classical Novels, its great popularity has led that most people hold a fixed impression about it. In the past several decades, this novel has been adapted into movies, TV series, animated films, and even stage shows at least nearly a hundred times. Some of these works received rave reviews, while some others didn’t work well, but at least it’s obvious that people never get bored of this 600-year-old story. Let’s have a look at some influential adapted works based on Journey to the West.

Few Chinese people are familiar with this Japanese TV drama. Know as Monkey and also commonly referred to as Monkey Magic (after the show’s title song), the show was made up of two 26-episode seasons, running from 1978 to 1979 in Japan. In 1979, it was dubbed in English and broadcast in the United Kingdom by the BBC, in New Zealand by TVNZ, and in Australia on ABC, and received great popularity. In fact, the new Legend of Monkey is actually based on this Japanese show more than the original novel. Knowing this, you won’t be surprised that Monkey also features a female Tang Sanzang, though the character was was still a monk. 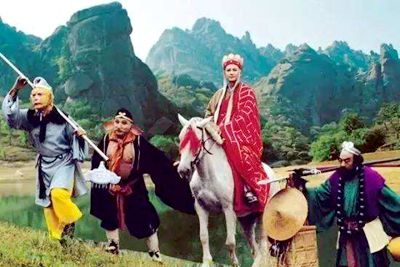 In 1986, Chinese director Yang Jie made this novel into a 25-episode TV series. This series faithfully followed the plot of the original story and provided what the Chinese public widely considers the best and most faithful interpretation of the novel, which helped it receive a viewership rate of 89.4 percent at that time it aired. The show is still re-broadcast every year on TV and is considered a classic in the history of Chinese television. Even today, when Chinese people discuss Journey to the West, the images associated with it are mostly from this show, and it’s difficult to find a Chinese individual who hasn’t seen this series—even if they haven’t read the book. Since 1986, the series has been re-run on local channels in China about 3,000 times.

A Chinese Odyssey is a two-part Hong Kong fantasy-comedy film produced in 1995, directed by Jeffrey Lau and starring Stephen Chow. The first part is titled with Pandora’s Box while the second one is called Cinderella. The film is very loosely based on the original novel. Very loosely.

In this film, Tang Sanzang becomes a nagging monk, and the Monkey, who couldn’t stand his master anymore, leaves the monk on their way to the west and is then reincarnated as a human. His adventurous story then began and this time, it involves romantic love.

This bold adaptation received surprisingly good feedback. The first part grossed 25,093,380 HKD and the second 20,872,117 HKD in Hong Kong. More than 20 years later, it remains influential. Even today, if you refers to someone as “Monk Tang,” people understand that it means they are a nag. In 2016, the third part of A Chinese Odyssey hit the screen, with Han Geng and Tang Yan playing the leading roles. As for the reviews of Part 3, let’s put it this way: If you want your memories of the first two parts to stay beautiful, control your urge to see it. 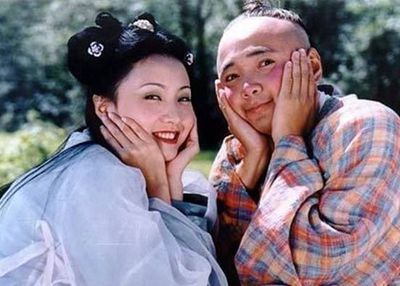 People love Monkey King, but to be fair, Journey to the West is a lot more than that. There are three other main characters, to start with. Sunny Piggy, a 2000 Chinese romantic fantasy comedy-drama, put their attention to Zhu Bajie, the pig. In this drama, Zhu Bajie, played by Xu Zheng, is a foolish but kindhearted pig, who wanted to become human. He encounters a dragon princess, played by Tao Hong, and falls in love with her. The series is full of comedy, but at the end (SPOILER ALERT!), in order to protect the springs of East Sea, the dragon princess sacrifices herself, leaving the sad pig alone in the world.

The show achieved ratings of over 30 percent , prompting over 20 local TV stations to air reruns, and has spawned several other derivative works. Actors Xu and Tao became close friends because of this show, and eventually married in 2002. Let’s say it together: Awwww.

Continuation to Journey to the West 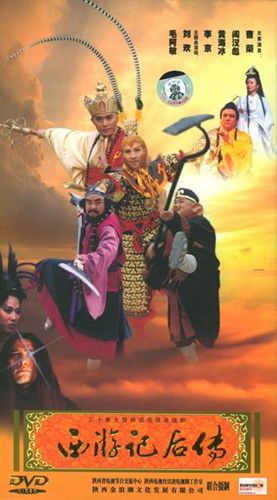 This is not the most popular adaptation, but if you’ve seen it, you’ll remember. This story was set after the events of the novel, whe nthe monk successfully retrieved the Buddhist scriptures for China and was granted as Buddhahood. In this story, the heaven experienced a revolt led by an evil god named Wutian, and as a result the Buddha was defeated and forced to reincarnate to be a human called Qiao Ling’er. Qiao lived in the mortal world without any memory about his immortal life, but is still being hunted by Wutian. Finally, with the help of the Monkey, Tang Sanzang, and many other Bodhisattvas and gods, Qiao went back to the heaven and became the Buddha again. But (SPOILERS AGAIN!) the Monkey sacrificed himself in fight against Wutian. It’s possibly the only adaptation in which the Monkey King died in the end.

If you still haven’ t had enough, there’s Journey to the West: Conquering the demons, 3D Monkey King, and a Monkey King of hip-hop, pop, electronica and rock!