2019 has been a bumper year for Chinese animation. After years of false starts, with acclaimed independent releases followed by creative droughts, three domestic animated films have proven themselves both critically and commercially successful—including Ne Zha, now the worldwide second-highest grossing non-English film of all time.

These three new releases, plus a sprinkling of old favorites, are among the highest-rated Chinese animated films on Douban. In honor of October 28th’s World Animation Day, we introduce a few of them below: 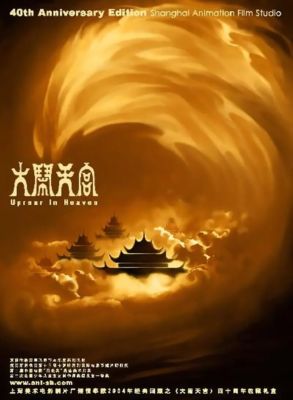 Created during a golden age in the Chinese animation industry—the 1960s—Uproar in Heaven, produced by Shanghai Animation Film Studio, retells an early episode in the novel Journey to the West. The film follows the Monkey King, Sun Wukong, from his birth out of a rock to his rebellion against the Jade Emperor, the ruler of heaven. Also depicted are several other locations and characters from Chinese mythology, such as the Flower Fruit Mountain, the Dragon King of the Eastern Sea, and Nezha. First screened in 1965, the film and has received domestic and international awards, such as the Outstanding Film Award at the 1978 London International Film Festival. Due to its popularity, the film has been re-released in DVD format in 2004 and Blu-ray format in 2012. 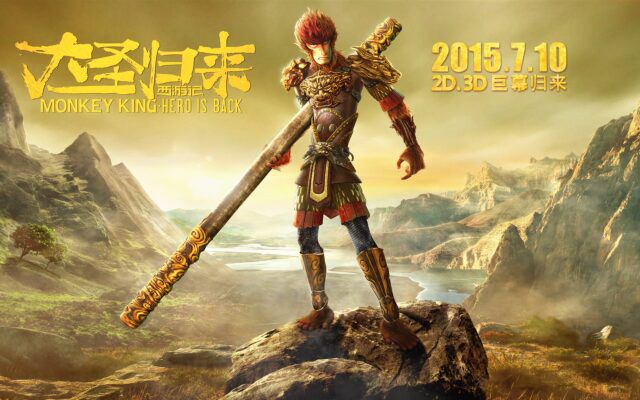 The Monkey King stars again in this highly acclaimed 2015 film, which was created over a period of eight years with the support of crowdfunding. Garnering over 956 million RMB at the box office, the film was the highest-grossing animated film in China of its time. It reimagined Journey to the West following Sun Wukong’s heavenly rebellion, after which he was imprisoned by the Buddha, then released by a boy monk—instead of the adult monk from the novel—whom he helps to save a village from monsters. Monkey King won the Best Animated Film at the Golden Rooster Awards and the Golden Dragon Award at the China Animation and Comic Competition. A game adaptation of the film, developed by Sony, was released in October 2019 for Playstation 4 and PC. 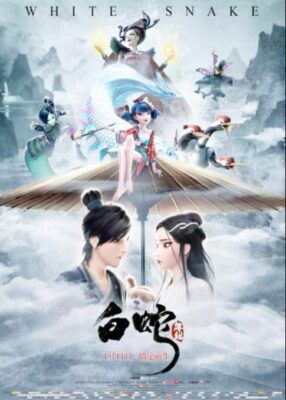 Produced by Light Chaser Animation and Warner Bros, White Snake garnered over 450 million RMB at the box office. The film has been praised for its visual art and animation, which led to its nomination in the Best Animation category of the 32nd Golden Rooster Award. Told in flashbacks, the film is a prequel to the “Legend of the White Snake,” and introduces a new character, snake-catcher named A Xuan, who is said to be a previous reincarnation of the White Snake’s lover Xu Xian from the original legend. In this retelling, A Xuan goes on a journey with an amnesiac White Snake who believes she is human, looking for clues to her identity and encountering many dangerous obstacles while gradually developing their feelings for one another. 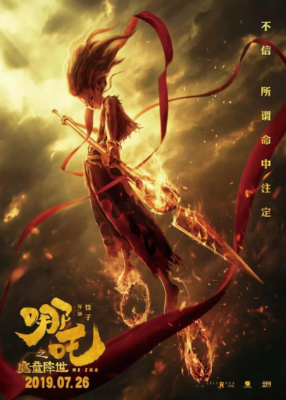 The plot is loosely based on the classic novel Investiture of the Gods (封神演义 Fēngshén Yǎnyì), which depicts Ne Zha as a child warrior who was born during the Shang dynasty and fights against the Dragon King. The film tells how Ne Zha was born as the reincarnation of a “demon pearl” that was prophesied to bring destruction to humanity. Due to his supernatural powers and mischievousness, Ne Zha is hated and feared by his fellow villagers, and must fight against their prejudice and change his own fate. 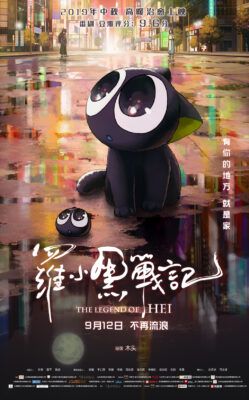 A feature-length film based on the flash web series The Legend of Luo Xiaohei, created in 2011 by Zhang Ping (who goes by the online handle MTJJ), The Legend of Hei takes place in a world where various spirits and goblins live alongside humankind. When bulldozers destroy his forest home, Xiaohei, a demon who takes the form of a small black kitten, is forced to look for a new home in the city. There, he meets other demons and humans, and learns about keeping the balance between human civilization and the natural world. The film took four years to make and has earned 313 million RMB since its release in September.