When the e-commerce site Taobao began its crackdown on illegal and “immoral” products early last year, spokesperson Lei Liang said, “due to [its] richness and openness…many people will try to be ‘creative,’ and list mind-blowing items, but these are what we try to restrict.”

As millions of couriers, handsome or not (see #2), crisscross the country delivering products from yet another potentially record-breaking “Double 12” (December 12) shopping festival, let’s take a look at some more products that have attracted unwholesome attention. Unlike our last series, most of these  have not been outright banned or removed—some may be too new to have attracted admins’ attention—but have nonetheless received criticism from various quarters.

Wut? For around 0.02 RMB, the purchaser gets a text message stating that their IQ has been topped up (one can also prank one’s friends by putting in their number instead). Even at this low price, business can be a lucrative, as one product page reported 30,000 units sold

Status: Banned, but we found one listing under a modified name

Concern: False advertising—it seems to be against Taobao rules to sell items where it’s impossible to assess the product quality, even as a joke 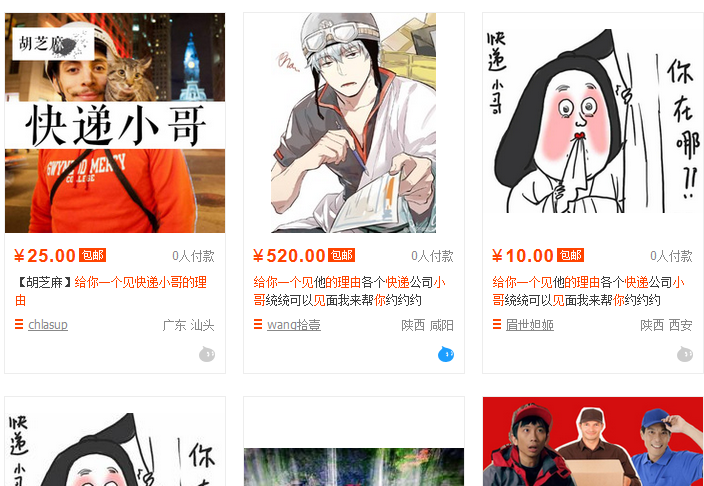 Wut? Got a crush on one of your neighborhood’s regular couriers? Wish you had an excuse to see them, but can’t think of anything more to buy? For a payment of 1 RMB (plus shipping costs), the Taobao merchant will send you a token item through the courier company of your choosing; you can also order multiple packages to be sent over a long period of time, until you work up the courage to confess your feelings to the courier 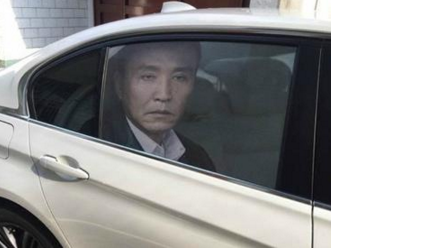 Wut? Anti-graft drama In the Name of the People was the hit show of 2017. This decal features Secretary Li Kangda, a ruthless official from the show, frowning out of the back of the car. Now see who dares to take your parking spot!

Concern: According to China’s regulations for motor vehicle registration, painting or pasting signs or advertisement on the window of the car may interfere with safe driving. Violators may receive a warning or a fine of under 200 RMB 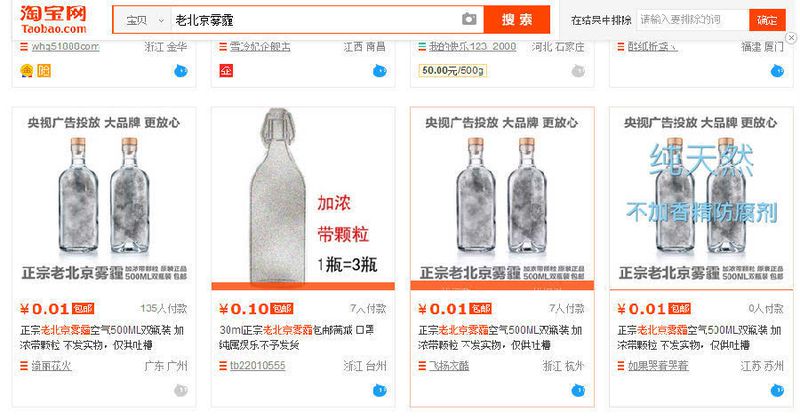 Wut? “Authentic old Beijing smog” packaged in a bottle or plastic can, sold for 0.01 to 1 RMB. According to one product page, “once you sniff it, you’ll feel numb all over, experience convulsions, and faint within 15 minutes, but also “there is no actual product; don’t buy if you lack the humor gene.” It seems to be an excuse to get people to leave joke reviews (“just like the air I breathed in Beijing, it even comes with small particles!”) and raise the stats of the store on Taobao

Concern: False inflation of merchant stats, false advertising—it’s against Taobao rules to advertise products where no actual product is sold

Wut? Unlike smog, you could get actual air. In 2015, Canadian company Vitality Air began offering air from Banff National Park in spray bottles through Taobao, quickly selling out their initial stock of 500 bottles; one 3-liter bottle is apparently good for 80 puffs. Imitators advertise air in Ziploc bags or plastic bottles fresh from Dali, Yunnan province, or Weihai, Shandong province

Status: Vitality’s products are still available, the Dali ones are gone; a few listings are left for Weihai air, but one also claims it’s a joke. Other sellers have told media they simply wanted to draw attention to their store, spread environmental consciousness, or find a way to offset the overhead costs of running a Taobao business 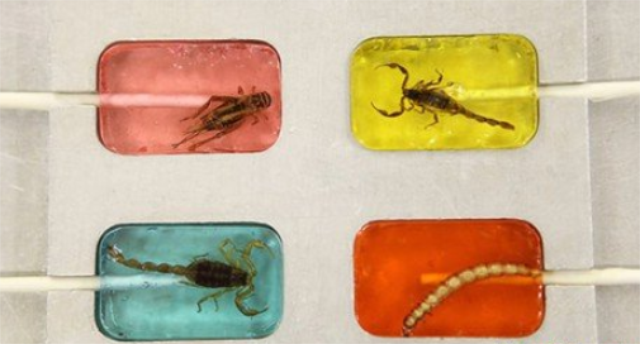 Wut? Lollipops with crickets or other insects sealed inside, supposedly real, supposedly imported from the US 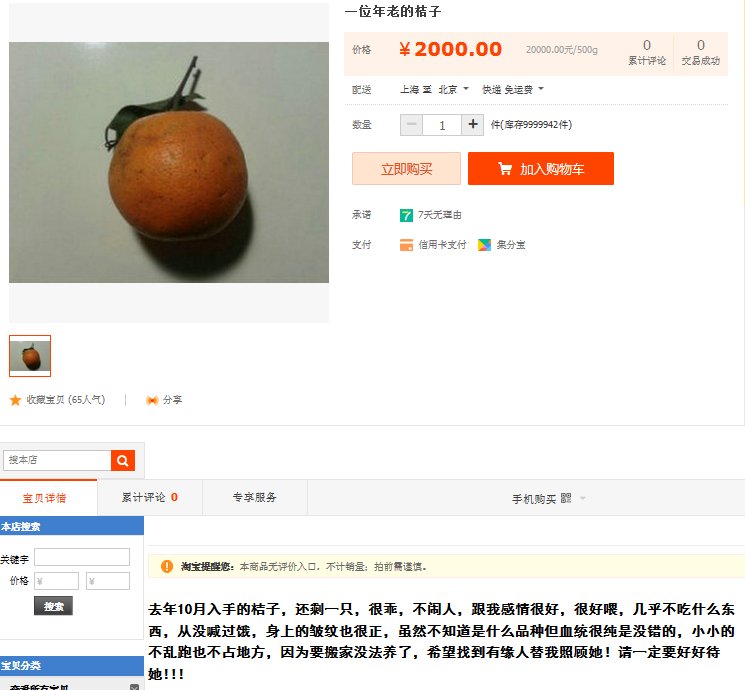 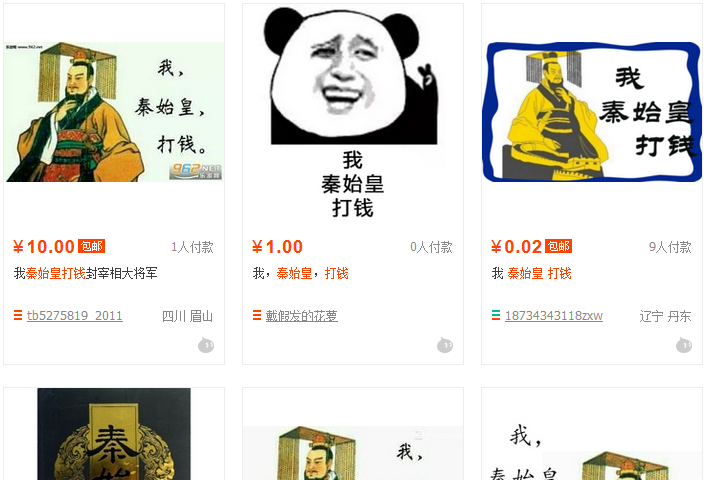 Wut? This is a joke product based on the 2017 meme “I am Qin Shi Huang, send money.” The phrase mocks “Nigerian prince”-like text message scams, in which the scammer claims to be a descendant of a famous historical figure who needs money to unfreeze their family assets. According to listings, financial backers of the newly resurrected Qin Emperor on Taobao will be made a general in command of some terracotta soldiers when they invade Europe, and will also get a cool sheet of stickers sent their way

Concern: No way of knowing where the money goes

TWOC does not encourage purchasing illegal items, and assumes no responsibility for any of the listings.