“The question of sweet or salty tofu curd jelly is the greatest difference between north and south…when the two sides meet, each make the other want to throw up.” With these words, the “flavor wars” on Chinese social media in the summer of 2011 were ignited by Weibo user @桥东里, over the innocent tofu curd jelly known as doufunao.

The gastronomic preferences of northern and southern Chinese diners periodically lead to insults, stereotyping, and verbal jabs being traded between opposing factions on the web. Central to this regional schism are northerners and southerners’ preference for sweet and savory versions of the same dish.

The two sides call themselves tian dang (甜党, “sweet party”) and xian dang (咸党, “salty party”), each arguing that their preferred flavor is more traditional and authentic, and those opposite are committing “heresy.” Others argue that food is simply food, and those prejudiced against one type simply leave more for the rest of us.

Taking no sides, here are four commonly disputed foods in the sweet vs. salty debate. 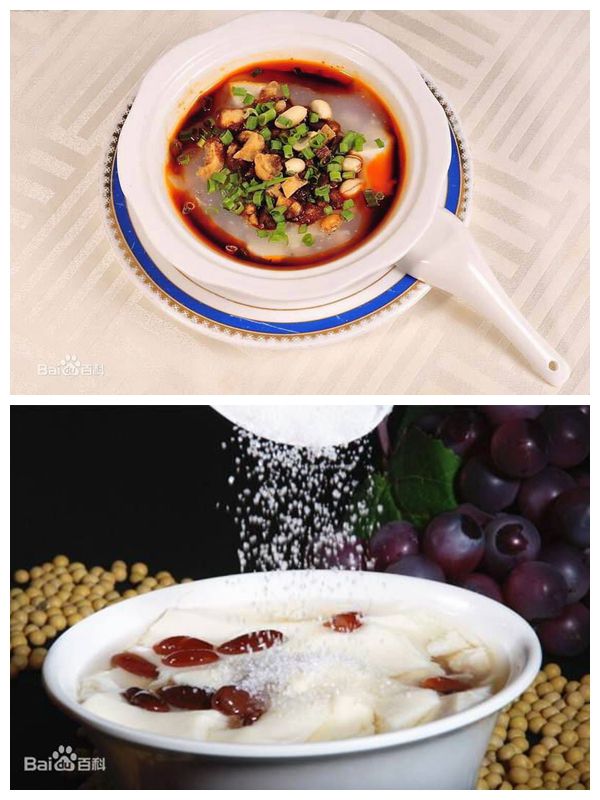 Doufunao or doufuhua, bean curd jelly, is a snack served at breakfast or during meals. In northern China, it is generally called doufunao and seasoned with soy sauce, thick gravy, chili sauce, and other savory condiments. In the south, doufuhua, or douhua for short, is served with sugar. There may be some other variations: For example, people in Hubei province eat both variations, the Cantonese have doufuhua with sweet ginger or clear syrup, and Sichuanese (of course) prefer a spicy flavor.

The original topic in 2011 attracted over 160,000 views and comments on Weibo in two days and ranked among the top three trending topics, with comments such as “Salty doufunao should not exist; it’s an abomination” being among the mildest. 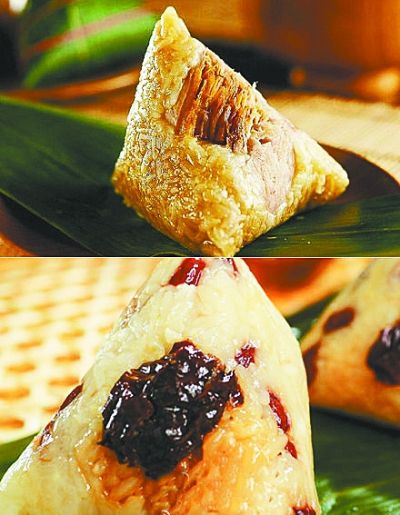 Zongzi, the glutinous rice dumpling, is the traditional snack of the Dragon Boat Festival (端午节). Northern zongzi is generally filled with jujubes, red bean paste, or dried fruit, or maybe served plain with white or brown sugar. In the south, salted duck eggs, pork, and ham are optional fillings. In 2013, when the zongzi with red bean paste fillings was taken into space for astronauts of the Shenzhou-10 spacecraft, it was seen as a national victory for sweet zongzi (or northern cultural imperialism). 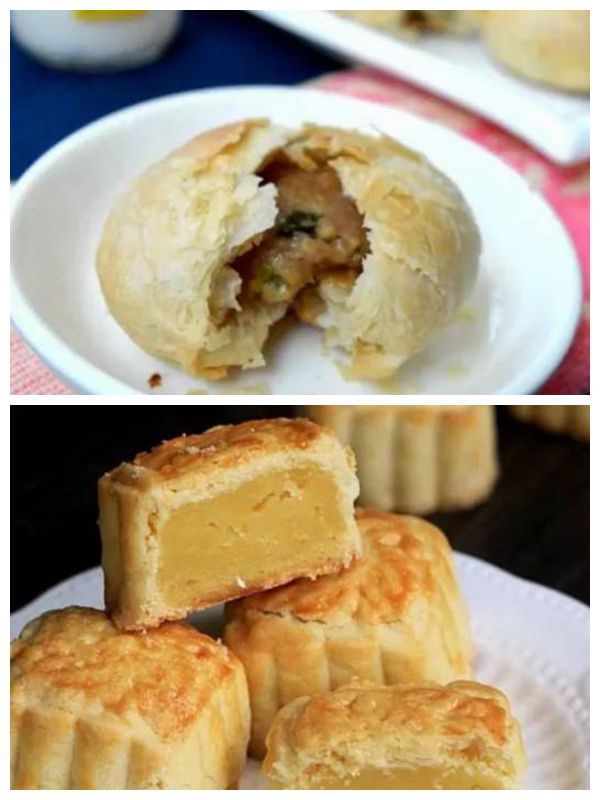 The debate on sweet or salty mooncakes is a routine around Mid-Autumn Festival in China. Sweet mooncakes have fillings such as red bean paste, jujube paste, and wuren (五仁, “five kernels”—mixed walnuts, peanuts,  almonds, sunflower seeds, and sesame seeds), popular in northern China. Salty ones with salted duck eggs, pork, and ham are mainly consumed in the south. However, the Cantonese style mooncake, consumed in China’s southernmost regions, come in both sweet and salty variations with many types of fillings. 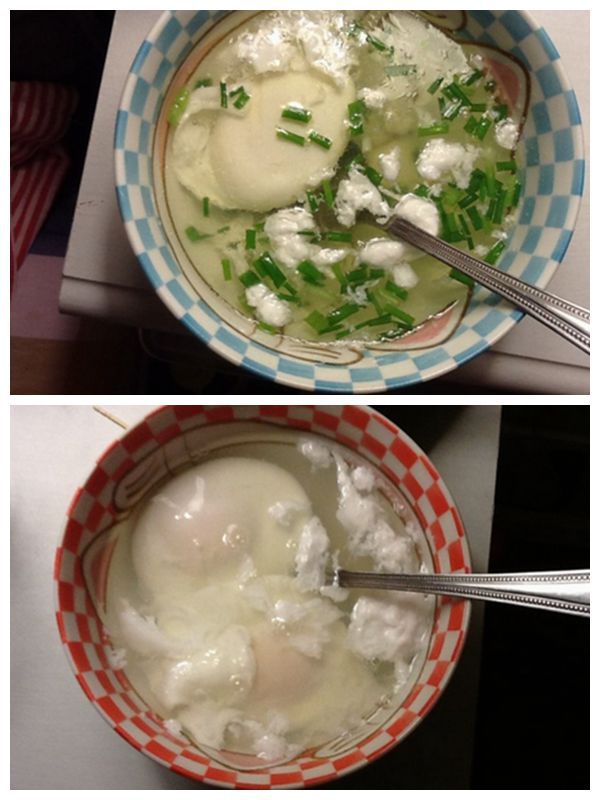 A shuizhu he bao dan (水煮荷包蛋) or shui pu dan (水潽蛋), poached egg, is a dessert for southerners. Commonly, it is served salty garnished with chopped green onion or parsley when eaten by northerners. However, both sweet and salty poached eggs can be found in both regions, just consumed at different mealtimes; one as a main dish, the other as a dessert. So we can all get along. Just at different times of the day.

So which party is your pick?