Photo Credit: A still from the TV show “Ruyi’s Royal Love in the Palace”

Dueling costume dramas Story of Yanxi Palace and Ruyi’s Royal Love in the Palace have racked up a minimum combined 17 billion views, respectively, on iQiyi and Tencent’s streaming platforms.

Besides sharing a release and cast of characters based on the court of Qing Emperor Qianlong, both shows portray one of the greatest mysteries of the Qing dynasty—the sudden downfall of Qianlong’s second wife, the “Step Empress” Hoifa-Nara, supposedly for cutting her hair.

The Step Empress is understandably fascinating: Though it has never been confirmed that she was felled by a haircut, the theory was already widespread at the time of the incident in 1764. Given the well-known taboo against imperial consorts cutting their hair except at the death of the emperor or empress dowager (both still alive in this case), it’s easy to see her actions as defiance. Her portrayal as the titular character of Ruyi, a strong-minded woman seeking love and survival in the perilous palace, has also ignited new interest in her apparent rebellion as an example of proto-feminist agency.

Historical records give us little clue to the truth—in fact, it’s suspected that this lack of information about Step Empress’s life, and even her appearance, was due to Qianlong destroying all her records and portraits. In the unfinished History of the Qing, compiled by the Beiyang government from 1914 to 1927, the Step Empress is mistakenly identified as a lady of the Manchu Ulanara clan (a mistake maintained in Ruyi), though she was actually born to the Hoifa branch of the Nara clan in 1718. In 1734, aged 16, she became a secondary consort of Hongli, the 4th prince. Just nine months later, Hongli succeeded his father as the Qianlong Emperor, and the future empress became known as Consort Xian. 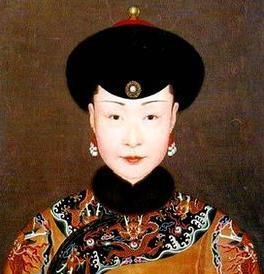 A possible portrait of the Step Empress

In 1748, following the death of Qianlong’s first wife, Empress Xiaoxianchun, Consort Xian was promoted to the rank of “imperial noble consort” with responsibility for managing the imperial harem. She became empress at the end of the mandatory three-year mourning period for her predecessor, and for a time, things went well: The Step Empress accompanied Qianlong on several tours of the empire, gave birth to two sons and a daughter, and was treated to many thoughtful gifts and birthday celebrations by the emperor during her 15-year tenure. Posters for Ruyi have tried to recreate the portrait, with Zhou Xun in the title role

However, in 1764, while in Hangzhou during one of Qianlong’s “southern tours,” the empress was suddenly sent back to Beijing by boat ahead of the rest of the entourage. The four monuments that she received during her promotions were recalled, and she never again appeared in public after that day (though she was never officially demoted). She was also reduced to having just two servants, the number assigned to the lowest-ranked concubines. A year later, the empress died at 48; it’s said that, when he heard the news, the emperor did not hurry home from his hunting grounds but sent their son instead.

Instead of getting her own mausoleum, according to custom, the Step Empress was buried in another consort’s grave in the Eastern Qing Tombs—just like a common servant. She also received the funeral of a concubine, and the emperor never declared a mourning period  at court, stating it was her “bad luck” that caused her to die. She was the only Qing empress to never receive a courtesy title after her death.

What led to the empress’s sudden downfall? According to Yan Zeng, a Qing-era official from Shanxi, popular rumor stated she had cut her hair to protest Qianlong using his southern tour as an excuse to find more concubines. Yan himself claimed, though, that the empress’s haircut was out of self-sacrifice—she wanted Qianlong to focus on his health in old age, rather than frolicking. Alternatively, a record left by the empress’s nephew claimed that she had wished to become a nun.

Whatever the reason, the Qianlong Emperor never forgave her, even decades later: He even exiled and executed several courtiers who tried to speak on the empress’s behalf, including Yan, who was beheaded sometime around 1776. 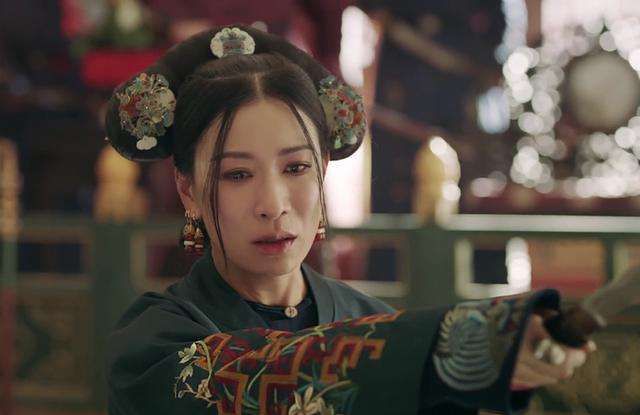 Yanxi‘s version of the empress is crazed from despair, while other shows have her cutting her hair quite calmly and determinedly

Over the years, TV shows have interpreted the character in many ways. In 1998’s Princess Pearl, in which she served as arch-villain, the empress even cuts her hair more than once to protest various actions of the emperor: Recognizing his illegitimate daughter, accusing her of torturing said daughter, and finally, taking a new concubine.

In Yanxi, the empress feels threatened by the promotion of her nemesis Consort Ling, and considers assassinating the emperor, but turns the knife on her own head instead. On the other hand, 2004’s Bronze Teeth Ji Xiaolan has her cutting her locks alone in her room—which is probably more historically accurate—while listening to news of her demotion. Though Ruyi hasn’t ended yet, it is foreshadowed that the empress (here depicted as the emperor’s childhood friend and first love) will grow tired of the palace intrigue, and the decline of their relationship, and choose to “divorce” him on her own terms.

It appeared that even Qianlong himself might not have the answer to the mystery. In 1778, he evasively told an official that he’d forgiven the empress many of her “trespasses” before, but could not forgive one final “unfilial” action. Legend also says that after her death, the emperor had sighed, “She must have deeply despised me.”