Although pigs tend not have a positive image in Chinese language and culture (unless one is cooking them), the lure of shoppers’ sweet cash has ensured that many brands have gone the whole hog with themed products for this Year of the Pig.

China’s most iconic pig, though, is still Zhu Bajie, also known as Pigsy or Zhu Wuneng, one of the three disciples of the monk Tang Sanzang in the classic novel Journey to the West. In the novel, Zhu Bajie was a lecherous minor deity banished to the mortal realm and turned into a half-man, half-pig. Though usually overshadowed by fellow pilgrim Sun Wukong, aka the Monkey King, Zhu Bajie remains a household name, and there have been many movies and TV series with him as the main character.

The Zhu Bajie standard is considered to be actor Ma Dehua’s portrayal from the 1986 TV series Journey to the West: 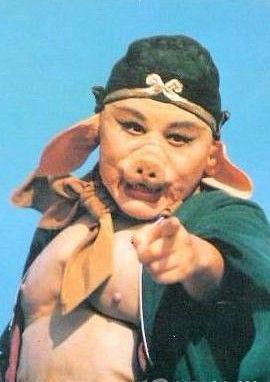 It is so deeply rooted that. when the 2010 remake aired, audiences revolted against the new, more realistic portrayal: 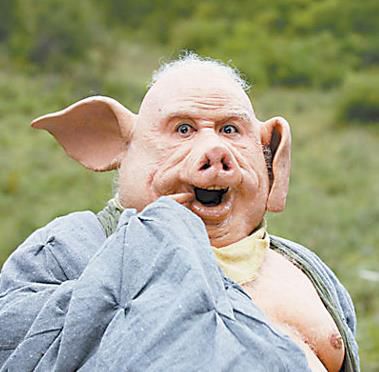 Outside the canon of the novel, Zhu Bajie tends to be depicted as human at least some of the time. In the 1999 series Sunny Piggy, Zhu Bajie, is played by actor Xu Zheng as a chubby male lead, who even falls in love with the daughter of the Dragon King. 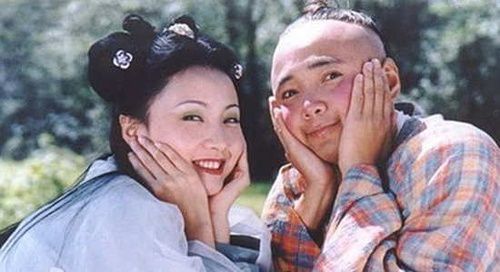 Sunny Piggy’s sequel, Pig Born Under a Lucky Star, was released four years later. Though there was romance, the show had a more comedic tone, with several story arcs in which Zhu Bajie tries to solve supernatural problems in his bumbling way, with new actor Huang Haibo’s portrayal praised as the “most hilarious pig.” In 2005, there was Jubilant Zhu Bajie, which starred Gao Xin, best known as Lu Erhao in the 2001 adaptation of Qiong Yao’s love story Romance in the Rain. Audiences were shocked by the transformation. 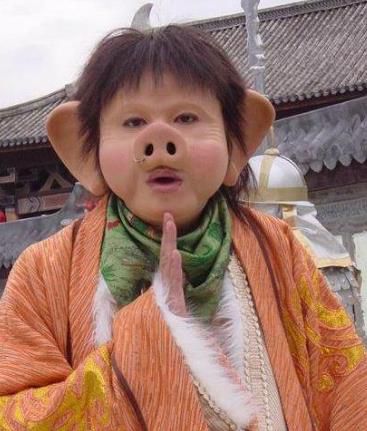 While an amusing coincidence at the time, Romance in the Rain‘s penchant for Pigsy became funnier in 2018, when the term “big pig’s feet (or foot)” became the byword for unfaithful men. Given that both Gao and Ku’s (the latter played He Shuhuan) characters in the show were involved in love triangles for the better part of 46 episodes, perhaps the producers were hinting at something.