Across China, people are marking Spring Equinox by rejoicing in the fresh blossoms

Across China, people mark the occasion in a variety of ways: By standing an egg upright, tucking into some traditional spring rolls, or simply  enjoying the weather.

On the hillside of Beijing’s Jinshan Park, just north of the Forbidden City, visitors gather in front of Wanchun Pavilion (万春亭, “Pavilion of Tens of Thousands of Springs”) to admire its white pear blossoms. Jinshan Park offers a panoramic view of the old imperial palace, and as the weather grows warmer, visitors will see a variety of flowers blossom across the capital. 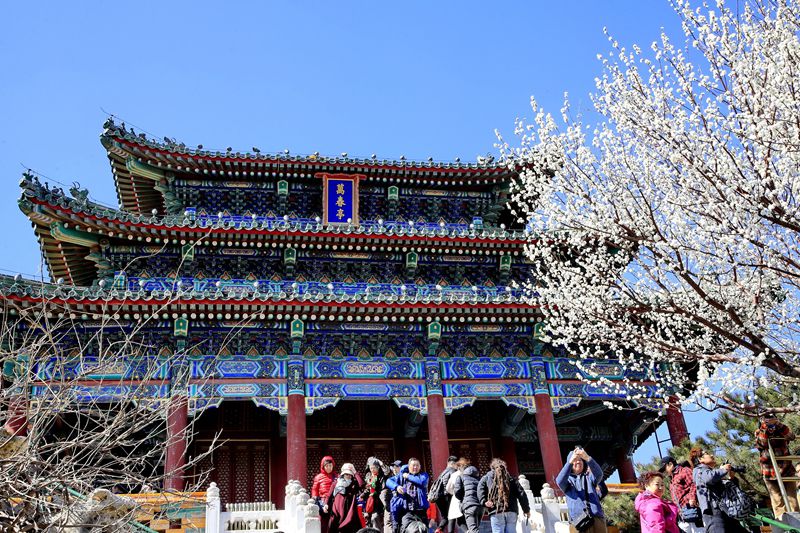 In Fuyang, Anhui province, young women in traditional dress tie ribbons to the branches of peach trees to celebrate the Festival of Flowers, or Huazhaojie (花朝节). 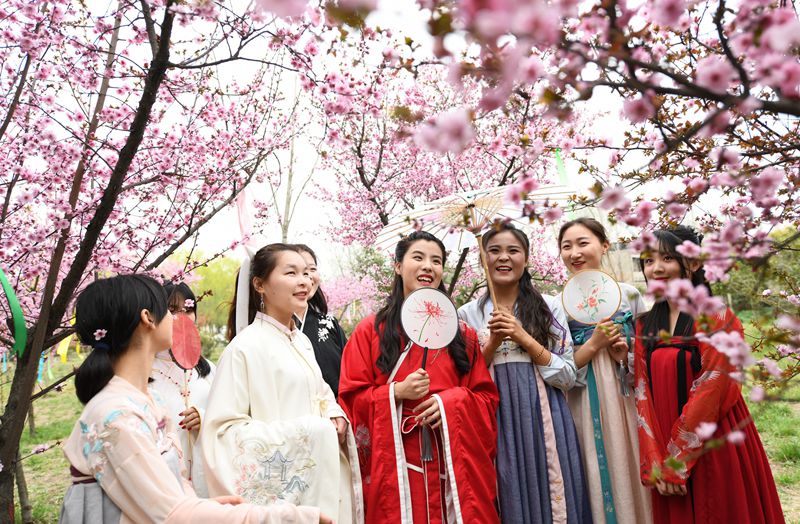 In the financial district of Lujiazui, white magnolias—declared Shanghai’s municipal flower in 1986—bloom against the Oriental Pearl Tower at night. On the West Lake of Hangzhou, the banks are dotted with green willows, offering an iconic image for tourists boating on the lake. 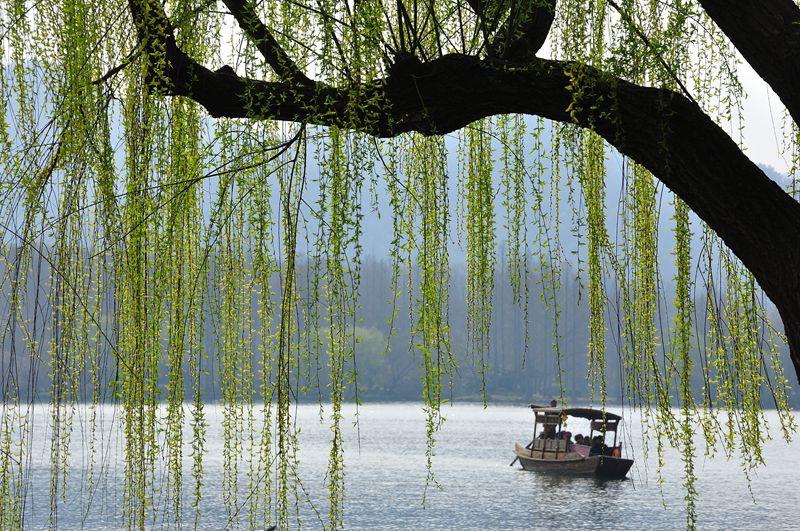 In Chongqing, squirrel monkeys can be seen picking flowers in Yongchuan Safari Park. 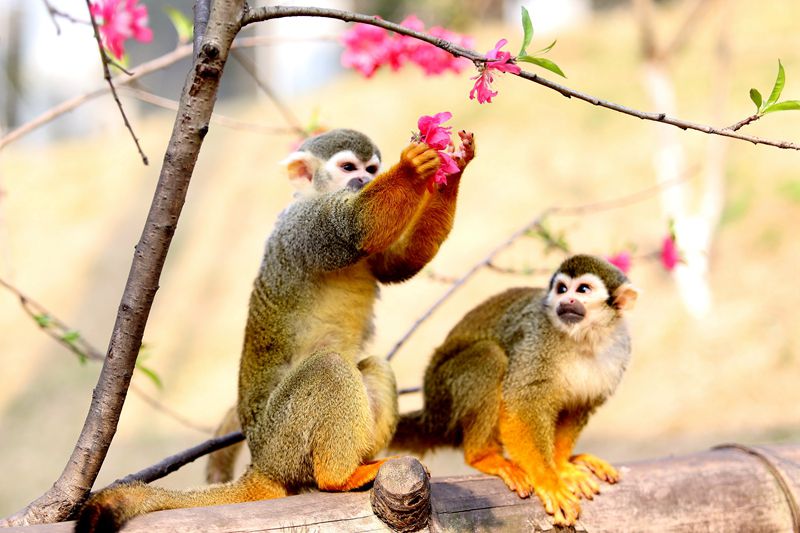 Xianju county boasts over 33 square kilometers of canola flowers, and celebrates this year with its 12th Canola Flower Festival. Here, a family poses in front of a braided sculpture of the moon goodness, joined by the characters from Peppa Pig, sailing in a sea of the yellow flowers. 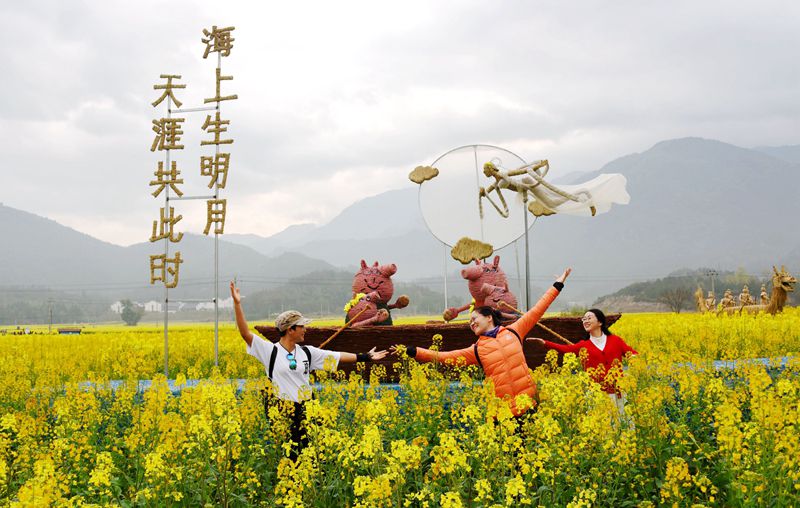 The characters read: “As the bright moon shines over the sea, from far away you share this moment with me,” as written by Tang dynasty (618 – 907) poet Zhang Jiuling

Cherry trees are in full bloom at the Gui’an Cherry Blossom Garden in Guizhou province. The 15 square-kilometer garden, located beside Hongfen Lake, is one of the best-known spots in China to view cheery blossoms in spring, alongside the Wuhan University campus in Hubei province, Beijing’s Yuyuantan Park, Zhongshan Park in Qingdao, and Qinglong Temple in Shaaxi province.