In 1959, Pui-Yuen Chu Malmqvist decided to escape from Hong Kong and an ex-husband, swapping the steamy metropolis for Stockholm—and accidentally spearheading a love of Chinese food into the hearts and minds of Swedes.

Restaurang China, the restaurant Chu Malmqvist opened in Stockholm in the 60s, is credited by a 2009 article by Swedish newspaper Dagens Nyheter as one of the inventors of fyra små rätter, or “four little dishes,” the quintessential Swedish-Chinese comfort food. The game-changing innovation reinterprets the traditional four-dish spread of Chinese family meals as a single-person feast, minus the soup.

Fyra små rätter is typically served after an appetizer of prawn crackers on a plate divided into four sections, containing bamboo beef, curry chicken, deep-fried shrimp, and deep-fried pork floating in a sea of artificially orange substance—or “spicy sauce,” the menu claims. The sticky condiment evokes the lingonberry jam that most Swedes grow up eating, popularized worldwide by IKEA.

Yet this favorite of birthday parties and family lunches has become divisive as Swedish gourmands begin to diversify their palates, and Chinese tourists and students expect more varied and authentic dining options. Jerry Lu, an employee at Stockholm restaurant Lilla Kina (Little China), claims that he has never served the staple, and he “could not find a good Chinese restaurant” when he first came to Stockholm 15 years ago. “All the Chinese restaurants were serving ‘four little dishes.’” 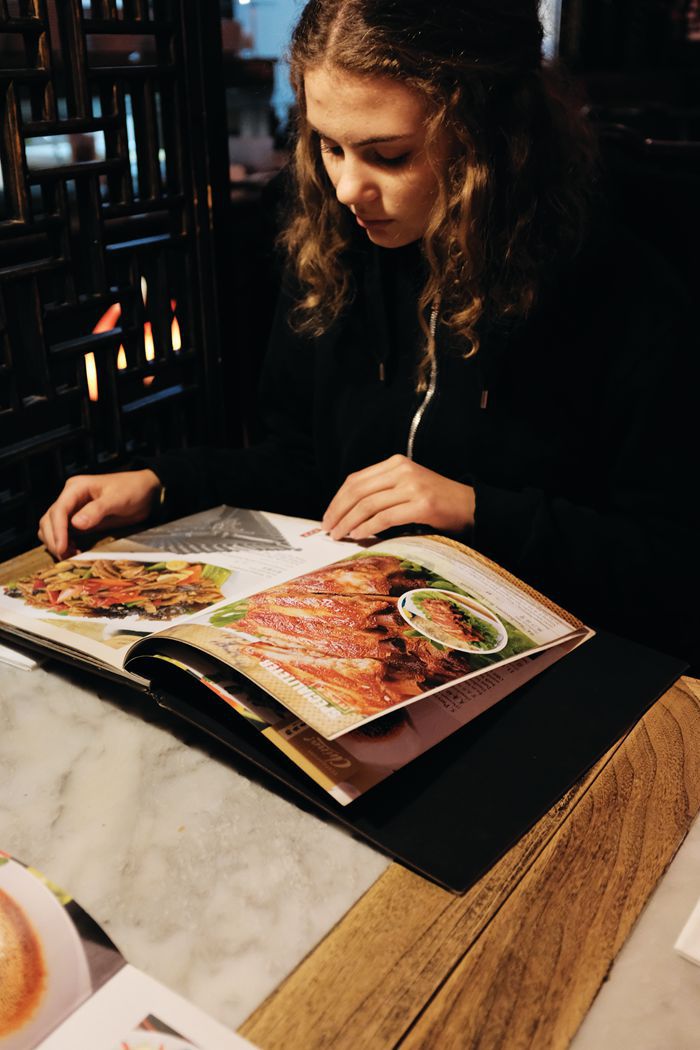 This is beginning to change: Today, fyra små rätter is associated with small-town Chinese diners at which elderly Swedish regulars may be found every weekend, lunching on deep-fried foods and strong beer at low prices amid bamboo and sandalwood décor.

As with elsewhere in the world, it was necessary for immigrant cooks to cater to local tastes. “[They] picked a feeling of Cantonese food,” Tellström tells TWOC. However, Chinese food in Sweden “is pretty salty, sweet, and potato-starchy, [because] we have these kinds of textures in Swedish food culture.” 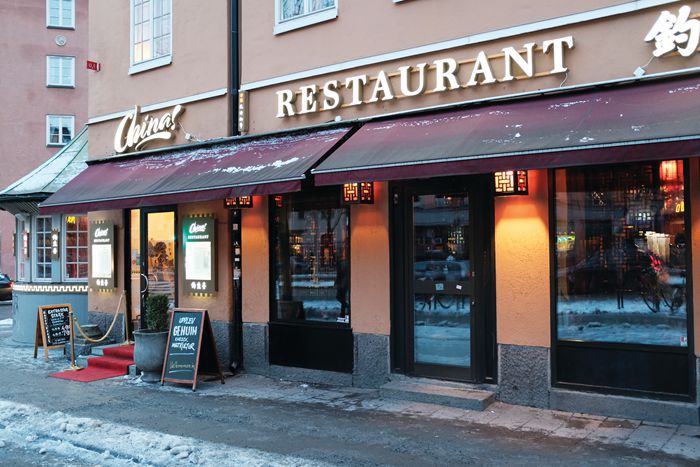 Many Swedish Chinese restaurants, including Chu Malmqvist‘s, include “China” in their name

Cost was also a concern to these family-run businesses. “Chinese spices are expensive in Sweden,” Lu explains. “[With] four little dishes, you get different foods [at once], and it is cheap and fast; Swedish people still think that Chinese food should be low-priced.”

Chu Malmqvist had similarly explained her other alleged invention—the deep-fried banana, a ubiquitous dessert in Swedish-Chinese restaurants. “In China, the bananas are dipped in a sugar coating, and it turns into a kind of caramel,” she told Dagens Nyheter, apparently describing the Chinese snack called youzha xiangjiao (fried banana), “but that would be too tedious to make in the restaurant kitchen. Then I realized you might as well deep-fry the bananas.”

Chinese food is experiencing a global renaissance, with popular street foods like jianbing (“Chinese pancake”) and rou jia mo (“Chinese hamburger”) enjoying loyal followings in the US; “extra large xiao long bao,” a spin on the soup buns from the Yangtze Delta, was another recent Instagram favorite. As higher prices, celebrity chefs, and trendy regional snacks become normal for Chinese food in the world’s metropolises, interest in Westernized Cantonese cuisine has waned.

In 2016, Sweden’s first-ever Chinese restaurant, Kinesiska Muren (The Great Wall), closed, marking the end of an era. Opening in 1959 in Gothenburg, Kinesiska Muren “was where the standard offering of dishes for all Chinese restaurants in Sweden was created,” says Tellström. However, “The postmodern trend is to search for authenticity, to eat in the way that the locals eat.”

“The Chinese kitchen lives on, as it did in the past,” says Tellström. Meanwhile, the demise of fyra små rätter may not mean that Swedish foodies have stopped eating Chinese food—rather, that they have just started learning about it.

‘Four’ and More is a story from our issue, “China Chic.” To read the entire issue, become a subscriber and receive the full magazine. Alternatively, you can purchase the digital version from the App Store.